Sectarian violence in Pakistan is nothing new, but its growth in recent years is troubling.

The Pakistani Taliban have claimed responsibility for a suicide bombing on a Shiite mosque on February 13. The atrocity in Peshawar left at least 20 dead and over 60 injured.

This is the latest act of sectarian violence, which has been on the rise in Pakistan. Just over two weeks ago, a man walked into a mosque in Shikarpur and asked for directions before detonating a device rigged with “steel pellets, ball bearings, and shrapnel to maximize damage.” Over 60 people were killed in the terrorist attack, which happened in Sindh Province, about 290 miles north of Karachi.

The bombing in Shikarpur was so intense that it was heard from over a mile away and caused the ground to shake. It was the deadliest sectarian bombing in Pakistan in over two years. The government declared a day of mourning, and protesters took to the streets of Karachi, burning tires and blocking rush hour traffic in a show of outrage over the Islamabad’s failure to protect them. A group named Jundallah, which means “Soldiers of God,” claimed responsibility.

This has become an all-too-familiar sight in Pakistan: a bombing, shooting or other tragedy grabs the headlines, followed by promises from the government to crack down on extremists. Inquiries are held, funerals are prepared and grieving families are torn from their loved ones and left with no answers as to what should — or even can — be done to prevent future violence.

The Pakistani government, headed by Prime Minister Nawaz Sharif but controlled by the military establishment, has turned a blind eye toward extremist groups like Jundallah and the Pakistani Taliban, which are seen as strategic assets against rivals like India and an excuse for aid money from the United States.

According to Irum Azeem Farooque, a member of the Provincial Assembly of Sindh, she and her colleagues have spoken up against extremist groups in the past. Pakistan Peoples Party (PPP) Senator Rehman Malik, in November 2014, urged the government to convene a joint session of parliament and disclose all information on Jundallah, calling it an “emerging dangerous terrorist organization.”

Sindh has been relatively safe from such attacks compared to the rest of Pakistan, and it has a reputation as a peaceful and diverse community. But while many news outlets have described the group as shadowy, Jundallah is actually well-known to the Pakistani government. The organization first appeared on the scene in 2004, when it attacked a commander of the Karachi Corps. An offshoot of Tehrik-i-Taliban Pakistan, Jundallah was founded by Sheikh Ataur Rehman, a former Islami Jamiat Tuleba leader who is currently imprisoned in Karachi. The group was also initially supported by Taliban commander Nek Mohammad. Soon after Jundallah’s first act of terrorism, Mohammad was killed in the US Army’s first drone strike in Pakistan in 2004. Jundallah has been tied to a massacre of Shiite pilgrims on a bus in Kohistan in February 2012; the suicide bombing of a church in Peshawar in 2013 that killed 127 people; the murder of ten hikers at the base of Nanga Parbat in June 2013; and an attack on Wagah border guards in November 2014. It has also threatened the life of PPP Chairman Bilawal Bhutto Zardari (Benazir Bhutto’s son).

A recent Pew poll shows that the vast majority of Pakistanis oppose extremism. After the Peshawar school siege, Islamabad announced an end to the six-year moratorium on executions in terror-related cases and declared a National Action Plan to be put in place. Despite such promises, there is outrage in Pakistan that the government continues to ignore if not support extremist groups.

Sectarian violence in Pakistan is nothing new, but its growth in recent years is troubling. As a nuclear power, the collapse of the state would be a nightmare scenario. Additionally, a larger conflict between Sunni and Shiite Muslims in the region would be catastrophic.

Jundallah and other anti-Shiite groups add another detail to an already intricate regional tapestry. Iran, a Shiite nation, has often butted heads with Sunni Pakistan, an ally of Saudi Arabia, which has long been a major exporter of extremism. Iran has always looked with suspicion on Pakistan’s close ties to Saudi Arabia. In late October 2014, Iran fired mortar shells across the Pakistani border as a sign of indignation at Islamabad’s inability to deal with terrorist attacks, in particular violence against Pakistani Shiites. There have also been reports that extremists in Pakistan are moving across the border into Afghanistan.

The consequences of this are impossible to predict, but it is worth keeping in mind that Iran nearly went to war with Afghanistan in 1998, when several Iranian diplomats were killed in Mazar-i-Sharif. The rivalries between Iran, Saudi Arabia, Afghanistan, Pakistan and India already play out in the form of proxy wars.

If sectarian strife in Pakistan grows even in relatively peaceful areas such as Sindh, these relatively limited acts of violence could become something bigger and more destructive. 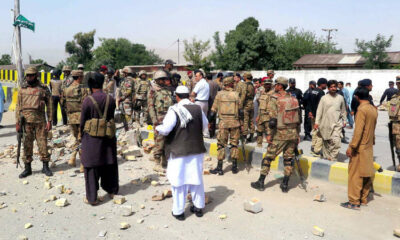 Taking on Militants: A Fight for the Soul of Pakistan 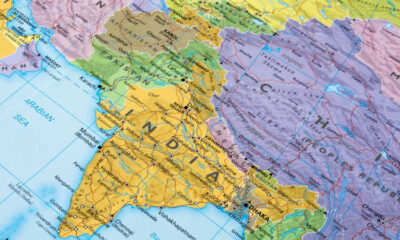 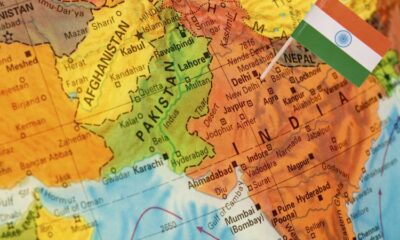