Karl Marx’s notion that religion is the opium of the masses could not have been truer in India. By a crude extension of the postulate, religious leaders play the part of opium dealers, wielding enormous power in a country that is the birthplace of four of the world’s major religions. The year 2018 saw multiple Indian religious leaders coming under the spotlight for crimes including rape, murder and terrorism, their arrests often occurring amidst passionate protests by millions of their followers.

All the three major religions of India — Hinduism, Islam and Christianity — have had their share of disgrace. In June last year, one of the nuns from a Catholic convent in Kerala filed a complaint with local police against Bishop Franco Mulakkal, accusing him of raping her 13 times over a span of two years. Four of her colleagues, all nuns, protested in the streets and campaigned long and hard for Mulakkal’s arrest as the church and the Christian community at large maligned them and dismissed their allegations.

However, his arrest — making him the first bishop to be arrested on a rape charge in Indian history — saw many within the Catholic Church firmly stand by the accused. He even received a hero’s welcome at his diocese when released on bail. The year 2018 also saw about a dozen other priests charged with rape following accusations by church members, including a woman who was blackmailed over her confessions and another who consulted a priest to settle a family dispute.

It was in June 2018 that one of the most prominent Islamic preachers of India, Dr. Zakir Naik, was declared an offender by the National Investigation Agency court under India’s anti-terror law. Naik was accused of inciting his followers to take up terrorism and promoting religious enmity. The agency scanned his 78 bank accounts and real estate assets worth over $14 million. Naik, currently a fugitive, has had his speeches banned in the UK, Canada and Malaysia. All six members of one of the Islamic State cells apprehended in July stated Zakir Naik’s speeches and social media posts as their inspiration.

In January 2018, Sanji Ram, a priest in a private Hindu temple, was accused of the rape and murder of an 8-year-old girl in Kathua, Jammu and Kashmir. He planned the crime to drive out the nomadic Muslim community from the area (the district is 90% Hindu), and drugged and raped the young girl when she was out grazing horses. She was raped by six men inside a temple, including four policemen who were part of the plan. After a week of abuse in captivity, the girl was strangled and bludgeoned to death.

Apart from this nefarious crime, spiritual leaders belonging to the broad Hinduism-related spectrum including Sri Sri Ravishankar and Jaggi Vasudev also made the headlines for exploitation of the environment and land encroachment in 2018. The fact that in most states the right-wing Hindu BJP holds power largely works in favor of these leaders.

What do these episodes reveal? For one, it certainly does highlight a blatant betrayal of trust by unscrupulous religious leaders. In a global survey by the World Economic Forum, 58% of the respondents were concerned about religious leaders abusing their positions, and 56% felt they were unlikely to be of help in addressing global problems. Also, with religion proving to be a strong force both within its institutional spaces and in the local socio-political space, crimes by religious leaders normalize criminality among their followers.

The year 2018 saw the most hate crimes (93 attacks) motivated by religious prejudice in India in a decade, according to a recent report, and it is imperative that India’s religious leaders act responsibly and transparently. More than ever before, the onus lies on religious leaders to change these perceptions and to channel the ethics and energy of 99.1% of India’s population that belong to one of its six main religions. 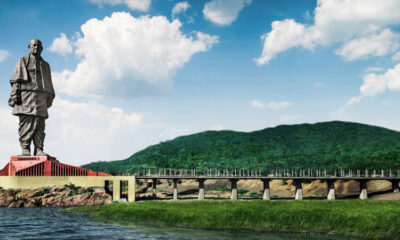 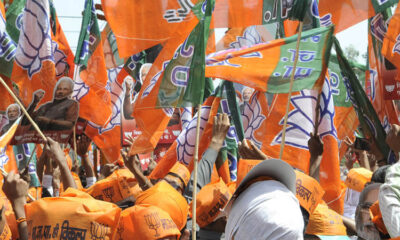 Is the BJP Rising in Eastern India?

The Hindu Right’s War on Women