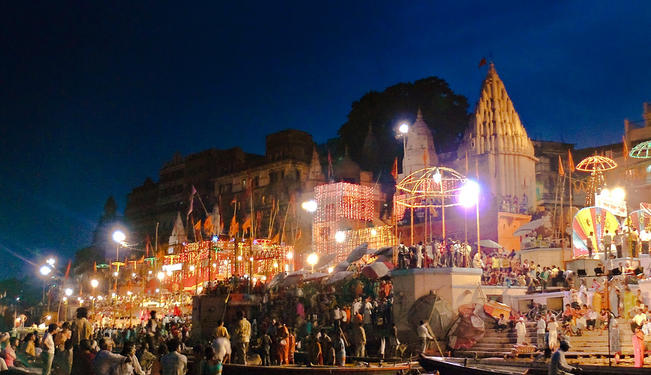 The pollution of River Ganga is worsening because of the failure of public measures and construction of dams, thereby causing the destruction of ecological balance.

Indian mythology provides a vivid description of King Bhagiratha performing a severe penance to bring the river Ganges from heaven to earth. Apparently, the penance was an act of atonement for the sins of his ancestors. The myth of the descent of the Ganges is an example of the use of religion for ecological protection by the ancient Indian civilization. The attribution of divinity to trees and rivers protected them from human depredations. It is for this reason that ancient Hindu scriptures have innumerable verses singing paeans for the Ganges.  In fact, even today the devout Hindu still refers to the Ganges as the mother.

Water of the Ganges remains the most precious possession of most Hindus, which is used in all religious ceremonies from birth to death. Geographically, the river originates in the Gangotri glacier in the higher reaches of the Himalayas. It is joined by numerous tributaries on its 2525 kilometer journey across the country into the Bay of Bengal. The Gangetic basin caters to 43% of the 1.2 billion population of India. Forty major cities of the country are situated on the banks of the river which traverses the densely populated states of Uttar Pradesh, Bihar and West Bengal. Acknowledging the importance of the river, the government declared the Ganges as a ‘National River’ in 2009.

The importance of the Ganges cannot be judged by its physical attributes alone. The river is the cradle of Indian civilization, providing it both physical and spiritual sustenance. In ancient times, the immensely fertile Gangetic basin enabled the human mind to break free from the mundane and delve into the spiritual and intellectual realms. Voltaire aptly summed up the contribution of the river to the human civilization, “I am convinced that everything has come down to us from the banks of the Ganges – astronomy, astrology, metempsychosis. It is very important to note that some 2,500 years ago Pythagoras went from Samos to the Ganges to learn geometry." The banks of the Ganges have been host to massive Hindu religious congregations over the centuries. It is perhaps the only river in the world which is considered sacred. Indian spirituality is unimaginable without the Ganges.

Destruction of the Riverine Realm

In recent times, burgeoning population, human rapaciousness and official apathy have inflicted enormous damage on the Ganges. The river faces an acute crisis of survival because of pollution and impediments in its water flow. Large stretches of river water have become unfit even to bathe. For a country where bathing in the Ganges is considered a sacred religious act, the implications of the impurity of the river water are grave. Water quality indicators suggest that the quantity of the Biological Oxygen Demand (BOD) and faecal colioform in the river water is considerably higher than the stipulated range. Portions of the river water have even turned septic because of the high level of faecal colioform.

A potentially catastrophic position appears to be developing with rapidly shrinking life forms in the river. The depleting quality of the river water is exemplified by the fall in population of the Gangetic Dolphin which is an important bio-indicator of the ecological health of the river. The government's claim to the contrary is false. Sightings of the Gangetic Dolphin are becoming a rarity in the Ganges.

In an effort to pacify a public outcry against the increasing pollution in the river,  the government launched the Ganga Action Plan (GAP) in 1985.The avowed objective of the GAP was to improve the quality of the river water by preventing pollution from reaching the river. The GAP was launched with much fanfare but it became a model of a top-down bureaucratic approach that has failed to solve an existential problem. Without any effort to involve the stakeholders, such as the people living on the banks of the river or the industries that are the key polluters, the schemes were doomed to be a colossal failure. Government statistics indicate that 27 years of governmental intervention has resulted in the development of the sewage treatment capacity of 1000 million litres per day (mld). The total sewage being discharged into the river from the major towns is a preposterously high 3000 mld making the current capacity grossly inadequate. In the holy cities of Allahabad and Varanasi, the river water is a dirty stream, a far cry from the supposedly holy water millions of devotees venerate. The statistics on the industrial pollutants front are equally damning. Out of a total of 154 grossly polluting industrial units on the main stem of the river, only 94 units have satisfactorily operating Effluent Treatment Plants (ETP's). Though industrial pollution constitutes around 20% of the total pollution load by volume, the higher concentration of pollutants ensures that its contribution to polluting the river is highly significant. The release of such untreated human and chemical waste without any treatment into the river is gradually choking the river to death. Despite the government spending reaching approximately US$ 2 billion on the grandiose GAP, the quality of the river water has been steadily deteriorating. The ex- environment minister Jairam Ramesh has candidly admitted to the Ganges "getting polluted day by day.” The environment protection laws which provide ample teeth to the government have rarely been utilized. Government inaction appears to suggest that ecological conservation is a low priority area for the political-bureaucratic combine in the country. The river has become a dumping ground for industrial and human waste with the government doing little about it.

Industrial and human pollution, however, does not remain the sole reason for the gradual demise of the river. The conflict between development and environment has also played a vital role in damaging the ecology of the river. Construction of dams upstream for the purpose of hydro-electricity generation has completely disturbed the water flow and converted a mighty river into a shriveled stream. The largest of these dams, the Tehri dam has been at the centre of controversy from its inception. Environmentalists had objected to the construction of this dam in a seismically active zone. The irreparable damage inflicted on the ecologically sensitive zone has also been a bone of contention between the environmentalists and the government. Studies indicate that the load carrying strength of the river has reduced considerably since the construction of the Tehri dam. The government’s proposal to construct 300 more dams on the river is bound to alter the ecological balance even further. Construction of barrages for irrigation purposes has also served to exacerbate the plight of the river. With the bulk of the river water being diverted to irrigate the farmlands of northern India, the river is facing an acute scarcity of water during the summer months. Islands of sands which were a rarity within the river even two decades ago have become the norm. With the ability to flush out waste products being reduced due to a lack of flow, the river is now choking with pollutants. The river has reached such a state that the government releases extra water from the dams and barrages during the religious Hindu congregations to avoid public wrath.

Indifference Towards the “Mother” – Worrisome Prospects

The indifference of civil society towards the fate of the river has contributed in no small measure to the pitiable condition of the river. Indian society is deeply hypocritical when it comes to the Ganges. On the one hand, it refers to the river as a ‘mother’ during religious ceremonies and, on the other hand, it then proceeds to dump the river with pollutants. The hypocrisy of the public toward a river which is referred to as a ‘life giver’ in the scriptures ensures that the politicians do not care about the issue. The lack of public initiative appears even more baffling given the fact that the cities and villages along the banks of the river are dependent on the river water for drinking and other daily activities. The health concerns arising out of usage of polluted river water appear to be trivial to the government and public alike. The fact that the high powered National Ganga River Basin Authority (NGBRA) constituted in 2009 under the chairmanship of the Prime Minister has met only thrice is indicative of the government’s apathy towards the river. Environmental activist and Magasasay award winner Rajendra Singh has already quit the NGRBA. The activist, also known as India’s ‘waterman’ cited the ‘negligence’ of the river and the “failure of the Prime Minister to understand his responsibility towards the river,” as the reasons for his resignation. Any expectation of a miracle from the NGRBA would therefore be highly foolish. In an era where water scarcity is predicted to be the major reason for international strife, the Indian government’s proclivity to procrastinate on such a significant issue is terrifying. The British rejuvenated a polluted Thames, the Europeans saved the Danube but the Indians seem incapable of saving their mother goddess, the Ganges. 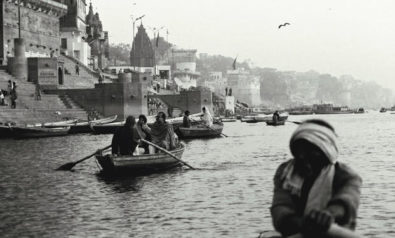 Cleaning Up the River Ganga 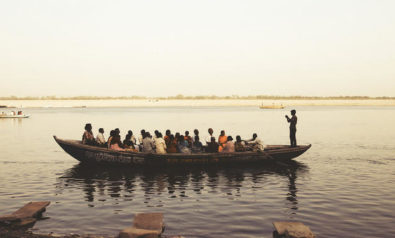 Pollution of the Ganga River: Death Threat to a Life-Line