In 2014, early in Indian Prime Minister Narendra Modi’s first term, the world was abuzz with India’s demographic dividend. More than half of India’s population was under the age of 24, GDP was growing at 7% to 8% annually in spite of corruption and high inflation, and Modi had won a decisive mandate in national elections after spending 12 years economically transforming his home state of Gujarat. Initiatives like Startup India, Skill India, Smart Cities, Swachh Bharat (Clean India) and Make in India, combined with his dazzling world tour, seemed to indicate that India was open for business.

As Modi celebrates six years in office, his misplaced morality, silence in the face of religious bigotry and the COVID-19 gut punch are converting a potential demographic dividend into a generational nightmare.

India: Autopsy and Resurrection of a Republic

Morality in public policy is a double-edged sword. Winston Churchill rallied his country around the moral imperative of defeating fascism, but a similar campaign against communism during the Vietnam War, based on deception, crumbled under its own weight. The challenge is more daunting for peacetime heads of state. The Truth and Reconciliation Commission at the end of apartheid in South Africa was successful. However, Chairman Mao Zedong’s Great Leap Forward and the Cultural Revolution in China as well as Nicolae Ceausescu’s war against national debt in Romania led to disastrous consequences for entire generations.

Modi’s failed demonetization and botched roll-out of Goods and Services Tax (GST) — a regime to overhaul India’s archaic, multi-layered tax system — illustrate the difficulties in invoking public morality in the absence of a crisis. After building a positive global image, he spent his political capital on demonetization, declaring 85% of India’s currency notes invalid overnight. Corruption is endemic to all Indian institutions, and the odds of one top-down initiative cleaning up the system were low.

When it became obvious that the government had no plan to handle the aftermath and that the war on corruption was failing, Modi changed the goalposts to the digitization of payments. A US-based NBER study later concluded that demonetization reduced India’s GDP by 2% in the following quarter. With a $2.5 trillion annual GDP, the lost $12.5 billion would have been better spent incentivizing the use of digital payment apps instead of bringing the economy to a standstill.

GST was implemented with five tax slabs despite the one or two recommended by experts. The “sin” tax bracket, another moral crusade, was fixed at a whopping 28%. While the government wasn’t even prepared with adequate servers to handle the filing deluge, it made things worse by arbitrarily changing tax slabs for various goods every few months. Relatively flat monthly GST belied Modi’s expectations that Indians would immediately become honest taxpayers. While a negligible boost in economic activity is part of the problem, it would surprise no one if Indians have found ways to bypass the system.

As details of how Modi overrode serious reservations of the Reserve Bank of India (RBI) and the Election Commission to launch a new electoral bonds scheme came out, his appeal to morality started ringing hollow. Ostensibly designed to bring transparency in political funding, it made Indian democracy vulnerable to foreign influence, potentially even destabilizing the currency. The government had effectively empowered a non-RBI institute, a nationalized bank, to print money, and it enjoyed asymmetric access to the flow of political donations.

The so-called IT cell of Modi’s Bharatiya Janata Party (BJP), its online campaign arm, had gained notoriety for its efficiency in spreading propaganda even before Modi won in 2014. Instead of toning down campaign rhetoric after elections, the BJP weaponized social media and kept spreading jingoism and exploiting religious fault lines. While eroding economic stability drove unemployment to 45-year highs — data the government suppressed just before the 2019 election — religious bigotry paid handsome dividends at the ballot box.

After reelection, Modi occasionally paid lip service to communal harmony, but the world took note of police barging into universities to attack unarmed students and standing by as unruly mobs rioted in the streets of Delhi. Instead of maturing into a society based on due process and rule of law, India continues its political retributions and is sliding toward majoritarianism.

Instead of his 2014 mantra of “minimum government, maximum governance,” Modi was relying on his four new pillars: keeping economically backward communities happy by cleaning up and expanding welfare schemes; spreading Hindu victimhood and hatred against Muslims to appeal to the middle class; intimidating business houses through arbitrary policy changes and electoral bonds; and muzzling dissent in mainstream media.

The ongoing pandemic is bringing down this house of cards. Swachh Bharat has seen some success, but most of the other schemes have disappeared from the headlines. Instead of guiding youth toward well-paying jobs, entrepreneurship and research and development by expanding vocational training and quality education, they are being used as foot soldiers in the BJP’s destabilizing culture wars. Their social media managers are busy creating delusional grandeur. And mismanagement of the national lockdown is leading to steady growth in COVID-19 cases.

At the end of Modi’s first term, central government debt had already shot up by 50%. With dire revenue projections, the government has announced an additional 50% increase in central and state borrowing limits. The finance minister is hinting at printing money to stay afloat. Policy ineffectiveness has led Moody’s to change India’s outlook to negative. Perhaps Moody’s is being unfair toward India in a global pandemic, but Modi has squandered the opportunity to create a stable, dynamic, innovation-based economy with sustainable debt and deficits.

In its desperate bid to attract manufacturing jobs from China, India is trying to institute long-awaited labor reforms, albeit in a haphazard manner. However, new businesses would not move to India until Modi is spearheading the efforts to foment social unrest, subvert rule of law and destabilize industries based on fantastical economic theories.

Harnessing a demographic dividend is an uphill battle even in the best of times. In Modi’s case, that ship has sailed. Privatization of defense industry will lead to trickle-down innovation and job creation in other industries. However, for the foreseeable future, the government will not have the budgetary flexibility to invest heavily in basic sciences, which can lead to exponential job growth. By the end of his second term in 2024, it would be a miracle even if he can bring down the unemployment rate back to 2014 levels. India’s lost generation is about to pay dearly for Modi’s follies. 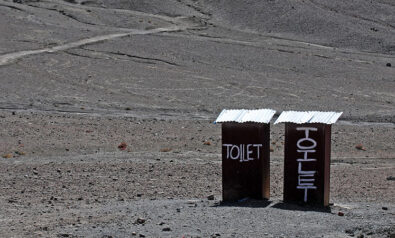 A Year On, the Clean India Mission Falls Short