By banning TikTok and 58 other Chinese apps, Indian Prime Minister Narendra Modi has expanded its ongoing military confrontation with China to include trade. While it will keep his voters happy, the brewing stand-off has exposed the yawning gap between global geopolitics and Modi’s propaganda. Since coming to power in 2014, Modi and his Bharatiya Janata Party’s (BJP) formidable social media wing — the so-called IT cell — have gained notoriety in pushing nationalistic narratives. Jingoism, Islamophobia and fake news have created a bizarre sense of national grandeur and projected Modi as a peerless global leader.

China’s recent military moves on the Line of Actual Control (LAC) with India in Ladakh have not only negated these narratives about India’s global stature, economic might and social policies, but also left India with three bad options to choose from.

Notwithstanding the “Howdy Modi” and “Namaste Trump” rallies, India plays a negligible role in United States’ foreign policy. While intelligence sharing has reached unprecedented levels, it is primarily because of American self-interest. The ongoing US–India trade war shows no signs of abating, reducing India to requesting the US to reinstate its Generalized System of Preferences status and remove import duties on several Indian products. On immigration, Modi has failed to eke out any benefits for Indian visa holders.

EU-India FTA talks, languishing since 2013, have not progressed under Modi. Security ties with Australia have improved, and Japan is partially financing India’s first bullet train. While Australia, Japan, India and the US are forming a “Quad” of democracies to contain China, it is not clear how it will strengthen India’s economy. Modi cannot ban all Chinese imports in the short term. Even if it begins to slowly disengage, India accounts for only 2% of Chinese exports and has no leverage over China. On the contrary, by financing several infrastructure projects in India’s neighborhood, China has opened a multi-pronged attack on India’s security interests.

The world is granting Modi the photo ops to impress his voters without offering any substantial trade benefits. The BJP’s IT cell spreads tales of Modi’s economic wizardry, but India’s weakened economy is the primary reason behind its diminished global standing. Repeated business disruptions due to demonetization, botched Goods and Services Tax roll-out, frequent e-commerce policy changes, annual announcement and retraction of draconian tax measures and a nationwide lockdown without any pandemic containment strategy indicate to the world an impulsive leader with little understanding of modern-day businesses and global supply chains.

The BJP’s Hindu victimhood narrative has placed blame for all socio-economic problems of today’s India on Nehruvian socialism and the idea of minority appeasement. While erstwhile governments of the rival Congress party enacted some laws favoring minorities, Modi’s majoritarian solutions have made things worse. Criminalizing the triple talaq and the controversy over the Citizenship Amendment Act and the National Register of Citizens have polarized society without any tangible gains. Article 370 of India’s Constitution, granting special status to the state of Jammu and Kashmir, was dying a slow death. Its abrupt scrapping and the subsequent statewide lockdown have destroyed the local economy. Marginalizing India’s 200 million Muslims might be a good electoral strategy, but outsiders see it as detrimental to a vibrant economy.

China’s military moves seem to have begun soon after India’s scrapping of Article 370. India’s massive infrastructure projects along the LAC, combined with sending two members of Parliament to the recent swearing-in of the Taiwanese president, might have led China to escalate the confrontation. India’s military is battle-hardened due to frequent run-ins with Pakistan and could prevail over China’s, but both sides cannot afford a full-scale war.

Geopolitical alignments are not created overnight, and earlier governments share some blame for India’s predicament. It is equally true, though, that Modi has focused on propaganda and socially regressive policies at the expense of building a strong economy. It has left India with three unsavory options, the least likely of which entails India accepting China as the dominant Asian power in exchange for troop withdrawal.

India can maintain its strategic autonomy — keeping its military cooperation with Russia, civilizational ties with Iran and the Middle East, and the newfound friendship with Western democracies intact — and independently fight a long-drawn diplomatic war with China. Given China’s opaque, undemocratic system, this may not sound like a good option. However, considering America’s unsustainable fiscal trajectory and the mantle of the creditor of the world shifting from colonial-era Europe and post-World War II United States to China, neutrality might be a good long-term bet.

It will come with short-term pain. India’s government debt and deficit have skyrocketed since 2014, making a quick turnaround unlikely. Foreign currency reserves of over $500 billion might guard against a short-term economic collapse and help India tide over the expensive military build-up. Even if India attracts manufacturers looking to move away from China — a tall ask given its archaic land and labor laws — it is unlikely to offer exponential job growth. Since the first Industrial Revolution, manufacturing has been the growth engine of several economies, but automation and AI are rewriting that playbook. Recent agricultural reforms to remove middlemen and privatization in space and defense industries are positive steps. Unfortunately, India lacks the fiscal space for massive education as well as research and development infrastructure upgrades for creating a productive, innovation-based economy.

It can align with the US in its brewing Cold War with China, compromise on trade issues and integrate its economy with other democracies. In stark contrast to the aftermath of surgical strikes in Pakistan and the scrapping of Article 370, the muted global response to the ongoing standoff indicates China’s clout. Since a manufacturing-led revival is unlikely, India can abandon its protectionist mindset and focus on services, pharmaceuticals, tourism and other sectors. It will have to clamp down on Islamophobia, reform its judiciary and offer a stable, rule-of-law based social climate for growth. With four more years to go and high approval ratings, Modi can undertake this massive realignment and emerge as a transformative leader. His early moves under the recently announced “Atmanirbharta,” or self-sufficiency, campaign, along with his continued religion-baiting and destruction of democratic institutions, inspire little confidence.

Either way, China has caught India at its lowest ebb since its balance-of-payments crisis of 1991. China is unlikely to succeed in grabbing land on the Indian side of LAC, but India could now take a decade or two longer to catch up with China. It probably explains the timing of China’s military moves. 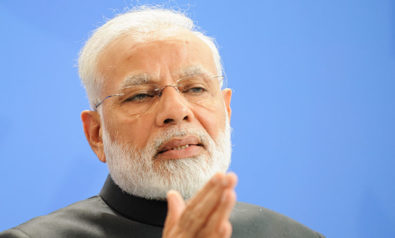 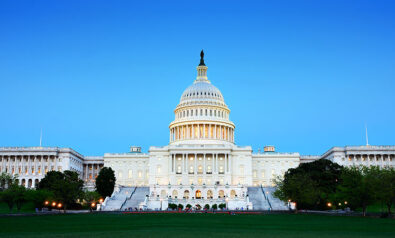