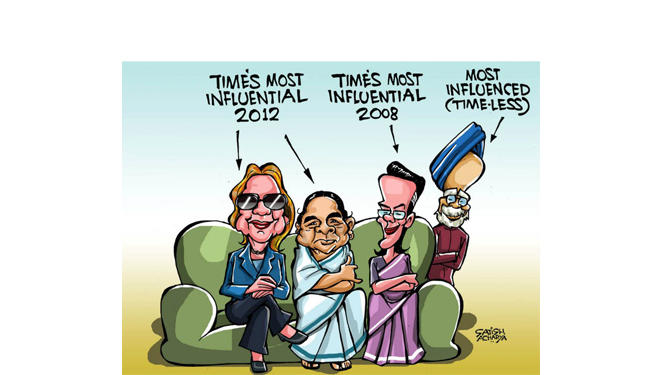 Fair Observer’s Founder and Editor-in-Chief, Atul Singh, analyzes Manmohan Singh’s performance as Prime Minister and argues that it is time for him to go.

Finally the wheels are coming off

India’s much vaunted economic growth has slowed down to 5.3%. Its current account deficit has been pushed to the highest level ever. Manmohan Singh, India’s Prime Minister, has increased subsidies, failed to formulate any reforms and continued to borrow merrily with no qualms or concerns.

Finally, even Manmohan’s clean reputation is under threat. One scandal has followed another, making him the Prime Minister of the most corrupt government since India’s independence. Last year, a massive anti-corruption movement broke out throughout the country, and the government’s response to it was typically Machiavellian. Instead of addressing the concerns of its citizens, Manmohan’s government targeted the leaders of this movement, even briefly putting them into jail without due process. The fact that they lost nerve and released them is some consolation that the Nehru dynasty can no longer go back to the days of the state of emergency when they summarily threw people into jail.

More worrying than even the corruption is the institutional decay under Manmohan. India’s diplomacy has been like a ship without a rudder. For a country of its size, India’s diplomacy is puny – it has a grand total of 700 diplomats. These diplomats have been floundering in recent times because they have no clue as to who they are supposed to answer. The same is the case for India’s intelligence apparatus, which a senior intelligence officer described as barely functioning.

The Economist has called the Indian state decrepit. It is actually worse. It is a rent-seeking monstrosity of colonial times, whose foundations were laid in the 19th century. India’s citizens have to bribe the very officials who are supposed to serve them. Few institutions function and those that do are under threat. Manmohan has done incalculable damage to India’s military, its most reputable institution. An honest and inconvenient army chief has been replaced by a supine and uninspiring one. The new chief’s first action was to reinstate a senior, supposedly well-connected officer who had been banned from promotion for “abdicating responsibility”. An already demoralized army now has to deal with further dilution of standards.

A Brief History of Independent India

Once upon a time, the Congress party that rules India was democratic. Mahatma Gandhi was outvoted twice in the Congress Working Committee. After independence, the Congress degenerated into a fiefdom for Nehru’s descendants. Indira Gandhi, Jawaharlal Nehru’s dictatorial daughter, purged the party of dissidents. For two years, starting on the 26th of June, 1975, she threw everyone she did not like into jail by declaring “Emergency”, a word synonymous in India with Indira’s terrifying two year dictatorship.

One of the lasting legacies of that dictatorship is India’s 42nd constitutional amendment of dubious legal standing. It declared India to be both socialist and secular, increased the power of the central government and authorized it to use central military force to quell disturbances in India’s various states. Since Indira’s days, India has been a de jure democracy and de facto monarchy.

Indira was succeeded by her son, Rajiv. He lost elections to an alliance of disparate parties that, like the Janata Party of the 1970s, collapsed due to infighting. By 1991, the Congress was back in the saddle. Narsimha Rao became Prime Minister and, to the surprise of many, showed remarkable independence from Rajiv’s Italian widow, Sonia. He has since been purged from the Congress pantheon. Atal Bihari Vajpayee of the Bharatiya Janata Party succeeded as Prime Minister and, like Narsimha Rao, lasted a full term. It seemed at the time that the Congress might go back to some semblance of its old democratic self.

The Return of Nehru’s Dynasty

Needless to say, those hopes were misplaced. Sonia returned to lead the Congress and the party came roaring back to power in 2004. Many were aghast at the prospects of an Italian running the country, especially because she could barely speak any Indian language and still spoke English in the accent of her native tongue. To allay these apprehensions, Sonia came up with a masterstroke. She installed a weak technocrat named Manmohan Singh as Prime Minister, known to be supine to his political masters but with a reputation for not dipping his hands into the till. From now on, she gained a halo as someone who had renounced power and installed a competent and decent man to lead the country.

Indians had high hopes from Manmohan. He was seen as the architect of Indian economic reforms and a number of middle class Indians credited him with their rising living standards. The myth of Manmohan was burning bright and many foreigners got taken in as well.

India is a land of many myths. In a country that lives on mythology and not history, facts are often ignored, especially if they are inconvenient. Myths have been fabricated and propagated about the Nehru dynasty through schools, universities and the popular media. Universities have been stuffed with historians loyal to the Nehru dynasty because the government has a stranglehold on the education system that still follows the socialist model. The Right to Education Act of 2010 vests the government “all authority and wisdom about what is worth learning, how and where it should be learnt and who should teach it”. The media, especially the English language media, has long been partial to the Nehru dynasty. Key figures in the English media are often descendants of the powerful who benefited from the patronage of the government and are dynasts themselves. They therefore see dynasties as the natural order of society and are overtly or covertly loyal to the Nehru dynasty.

The myth is that Manmohan unleashed India’s economic growth after reforms in 1991. The reality is that India faced a balance of payments crisis in 1991. The government had to pledge 20 tons of gold to Union Bank of Switzerland and 47 tons to Bank of England as part of a bailout deal with the International Monetary Fund (IMF). Manmohan had hitherto been a left leaning economist and a loyal servant of his socialist Congress bosses. So far, he had not even argued for market oriented reforms. By 1991, the Soviet Union was stumbling and the attempted August coup led to its end by the end of that year. Unable to rely on the superpower with which it had allied itself for decades, India had no choice but to implement some reforms proposed by the IMF. Manmohan inadvertently became a hero and the English media trumpeted his credentials as a savior of the Indian economy and thrust greatness upon him.

In 2004, Manmohan became de jure Prime Minister. India witnessed near double-digit growth rates until 2008. This growth was a result of the reforms initiated by the Vajpayee government but again Manmohan got the credit for something he did not quite deserve. The fact of the matter is that Manmohan got away with a lifetime of failed economic policies because of sheer luck. He was in the right place at the right time and, in a country with half-literate politicians, became a repository of the hopes of a people yearning for something better.

Since the outset, Manmohan was entrusted with responsibility but bereft of power. Sonia appointed him as Prime Minister because he had never been elected to any office and had no political base. He came from a minority community and had been totally dependent on patronage to get ahead. Though Manmohan became Prime Minister, he did not choose his cabinet. Sonia stuffed the entire Cabinet with the unreformed, corrupt old guard that had absolute loyalty to the Nehru dynasty.

Sonia appointed fossils like Pranab Mukherjee and Arjun Singh, both with a history of failed ideas, to the cabinet. The latter is dead but the former is still the Finance Minister. He just brought in a retroactive tax law for foreign corporations after the Supreme Court declared in favor of Vodafone which had taken the government to court. Pranab is an old fashioned socialist who was Finance Minister under Indira in 1982. His policies failed disastrously but he was never discredited for his many mistakes. In fact, socialist politicians in India escaped the ignominy which their friends and allies from the Soviet Union and Eastern Europe suffered. They were the ones appointed by Sonia, often despite their venal record of corruption. For the sake of staying on as Prime Minister, Manmohan was willing to make any sacrifice. He reportedly transgressed the law by passing on confidential government files to Sonia who was not a member of the government and not supposed to have access to such files.

Ride off into the sunset or jump off a cliff

For long, Manmohan has been beholden to the Nehru dynasty and he is Prime Minister because he enjoys the patronage of Sonia. Even blurry eyed monolingual reporters of the fabled foreign press have finally woken up to the fact that Sonia is the de facto Prime Minister. She has power without responsibility and The Economist finally recognized that Manmohan reports to Sonia. His role is merely to keep the throne warm for Sonia’s son, Rahul, who does not enjoy a sterling reputation. In the process, Manmohan’s reputation, legacy and dignity have been shredded but, as a loyal courtier, he continues to do the dynasty’s bidding with a fealty reminiscent of feudal times.

Manmohan has undergone multiple cardiac bypass surgeries and is now too old and too discredited to continue for long. A senior officer in the Indian government with a reputation for probity and a rasping wit remarked recently that Manmohan now has only two options. Either he can jump off the cliff by submitting his resignation, or he can muddle on waiting for the sunset that will take the form of him abdicating for Rahul or, more likely, the loss of the 2014 election. Either way, it will not be a pretty picture. The fat lady has sung. The show is over. Manmohan has been weighed, he has been measured and he has been found wanting. Courtiers are simply not meant to be kings.