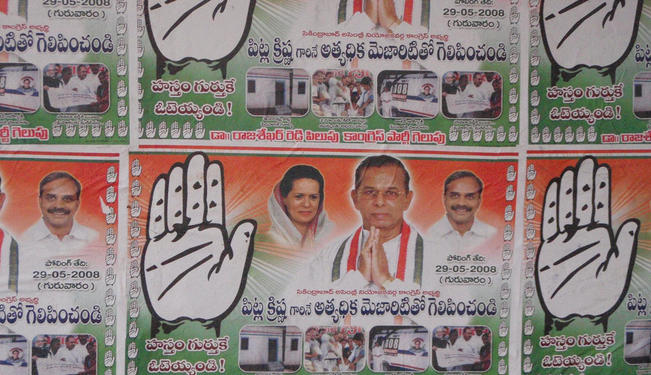 India's foreign policy prowess may be growing, but it is governed by the nation's internal health – which is riddled with poverty, corruption and displacement. Such vulnerabilities can threaten the smooth functioning of our democracy, and need to be addressed promptly.

There is an urgent need to evangelise the compelling reality that there is a country at stake: India.

It is these days fashionable in certain circles to write off India’s neighbours—Pakistan, Nepal—as failed states, and superciliously refer to other neighbours—Bangladesh, Sri Lanka, Myanmar—as those who have seen the guiding light of India’s constitutionally mandated plurality, inclusion, and democracy.

Perhaps it is because India’s democracy has achieved much. The country’s army has remained within parliamentary ambit. Universal suffrage—the right to vote—was accorded equally to women and men and all socio-economic classes from the moment of free India’s birth. Each general election is the largest such exercise in the world. India’s Constitution remains among the finest, its Parliament and state assemblies—the elections to which dwarf in numbers and logistics the national elections in several major countries—are among the most representative. Developments such as the Right to Information Act, extracted more as an imperative by concerned citizenry than delivered by dedicated legislators and administrators, is a glorious example of vox populi.

Even with socio-economic poverty in excess of that hoary chestnut of relativity, sub-Saharan Africa, and strangling regulation, India’s economy counts among the largest and most dynamic in the world. More importantly, India is still here, still not disintegrated against all manner of odds, ranging from trying wars with Pakistan and China, to India’s crushing wars with itself.

But implicit in this very resilience is the DNA of weakness. A delusion, even, that constitutional adoption of democracy and its everyday, institutional drum-beating as a broad-spectrum antibiotic, is a guard against all manner of ills.

Where India journeys from here, and how well it journeys, remains uncertain. Perhaps a more pleasant and enduring journey will be surer were India to also become a “good” democracy, an “effective” democracy, a place where people don’t need to take to arms, or be killed, tortured or implicated in imaginary crimes for asking for simple rights to identity, livelihood and dignity mandated by the country’s Constitution.

It isn’t enough to simply boast that India is the world’s biggest democracy. That is today a tragic, and obsolete, conceit.

Whatever we like to think about the growing foreign policy prowess of India, it is—and will be—governed by India’s internal health. Such health remains deeply vulnerable. And, such vulnerability derives from the ongoing concerns related to Left-wing extremism and several other forms of extremism from the religious to that based on issues of caste, to festering, callously-handled issues of nationalism and sub-nationalism in north east India and Jammu and Kashmir. As importantly, concerns accrue from deep socio-economic inequity; institutionalised corruption; issues of non-governance and misgoverning; and a lack of understanding that while India’s glass may be perceived by some as being half full, the other half continues to be ruinously half empty.

There are several other issues of vulnerability, ranging from a growing population and consequent resource pressures, to the general “unemployability” of the great demographic bulge of India’s youth, a situation further beset by continuing pressures of migration from rural to urban spaces.

In thinking circles—not officious circles that arrogantly define a poor person as one who earns less than Rs. 28 a day in rural areas and Rs. 32 a day in urban India—miscarriage of governance comes in for special mention as the root cause of ills, and it is generally agreed that unless this particular menace is not accepted and addressed from the political leadership down—cutting across parties and states—India’s vulnerabilities, the threat to its democracy, will not decrease.

This is a wounded country. Largely, these wounds are located in what I term “Outland”, a region that traverses the geographies of map and mind. To me, Outland is out of sight of the majority of Indians in Inland and, therefore, outside of an easily-digestible construct. The poor of India everywhere, the identity-conscious of India in the country’s eastern and northern peripheries as well as in its tribal and caste heartlands, are trodden to the limit. They have for decades been driven largely by the principle adopted by rulers of India that people who occupy these spaces exist as pawns in power plays, mere adjuncts to democratic pretension—not a species with definite aspirations and rights.

Jawaharlal Nehru’s speech at the time of India’s independence is made a mockery. He said, “Freedom and power bring responsibility” and that the “service of India means service of the millions who suffer…”

Tragically, while the central government or governments of states are in a position to guarantee the lessening of corruption; delivery of constitutionally mandated rights; delivery of 360-degree justice; and tamper-free delivery of development funds, a flourishing opposite is the norm.

There is an urgent need to break through the mall-stupor of Middle India and Policy India and continually tell this “mainstream” how poverty, corruption, displacement and denial are creating vast pools of negative energy across the country. If the government and India’s fattened middle choose to behave irresponsibly, it will be left to an active citizenry, media, judiciary, and those who take to violence to guarantee simple rights and dignities, to show the way.

Alas, it continues to be the story of our times: the unfinished story of democratic India’s integrity.

Sudeep Chakravarti is an independent analyst of socio-political and security issues in South Asia. A columnist and author, his non-fiction works include two critically acclaimed books, ‘Red Sun: Travels in Naxalite Country’ and ‘Highway 39: Journeys through a Fractured Land’ set in North East India. Chakravarti is a contributor to Gateway House.

This article is part of Gateway House's Democracy in Motion report.