In a regional environment where the slightest miscalculated move on one side can trigger an equally miscalculated reaction from the other, Indian Prime Minister Narendra Modi’s actions on August 5 over Jammu and Kashmir are simply bizarre.

Article 370 of the Indian Constitution had effectively given semi-autonomous status to Jammu and Kashmir in the aftermath of India’s partition in 1947. Modi’s abrogation of this essential constitutional principle, upon which regional peace (of a kind) has relied since partition, illustrates what in both Hindi and Urdu is commonly described as a zidd, or obstinate posturing. This zidd is maintained by both India and Pakistan at the expense of their own populations, and at the expense of Kashmiris. While it might be tempting to view Modi’s unilateralism as just a facet of his populist politics, at the heart of it he is simply acting in accordance with the demands of the zidd.

Kashmir Is More Than a Pawn

Kashmir is more than just a pawn that is subject to the power play of two regional rivals, both of whom are equipped with nuclear arsenals ready to go at a moment’s notice. It is also a sword of Damocles, wittingly hung by each other’s successive administrations over the heads of both countries, to use whenever the occasion desires. In the middle of the muddle is Kashmir, a land of outstanding natural beauty and home to a people of indefatigable patience and endurance.

Modi’s gamble, “temporarily” moving all decision-making to the central government in New Delhi, is the latest test of Kashmiri endurance. If his actions are partly due to frustrations over a lack of leadership in Kashmir, it still does not explain, or excuse, the continuation of draconian laws against Kashmiri civilians.

These measures, notably the Armed Forces Special Powers Act of 1990 and the Public Safety Act of 1978, are reinforced by a suppressive military presence, denial of basic freedoms and a blanket ban on access for both media and human rights groups. Although human rights violations in Kashmir — torture, disappearances, rape — have been well-documented, and despite a fairly damning UN report in 2018, there has been an absence of outrage from people other than Kashmiris themselves.

In the zidd scenario, it is usually Pakistan that is accused of having an obsession with India over Kashmir. But Modi’s move, which follows hot on the heels of another disastrous adventure by him only a few months earlier, where he dispatched fighter jets into Pakistani territory in alleged hot pursuit of terrorists, indicates that India is perhaps equally as obsessed with Pakistan. That previous incident, which occurred in February, is now widely regarded as a debacle and Modi’s first significant miscalculation as head of the world’s largest democracy. It also gave Pakistan a rare opportunity to prove its own diplomatic mettle and up the ante in the zidd, when its forces downed an Indian fighter jet and then returned — amid much gloating — its pilot.

Whilst acknowledging Pakistan’s vested interest in keeping India on its toes vis-à-vis Kashmir, these recent events are entirely relevant in what it tells us about Modi’s own disregard for mutually accepted standards of behavior according to international law and India’s own constitution. Article 51 of that constitution commits him “to foster respect for international law and treaty obligations … and, encourage settlement of international disputes by arbitration.” His current posture is nothing less than an egotistical affront to India’s honor.

Pakistan’s posture, on the other hand, has been progressive and relatively consistent. This is a testament to Prime Minister Imran Khan’s determination to change the way Pakistan does business, at home and abroad. His emphasis on finding “political and legal” solutions rather than military ones reflects a wider change of attitude in Pakistan’s political culture.

In this context, it makes sense for Pakistan to reiterate its call, perhaps naive but again consistent, for UN intervention. That might be more idealism than realpolitik, and relate more to Pakistan’s longer-term aims, but it reveals how India’s internal shift has broader, external implications. Pakistan’s diplomatic maneuvering, therefore, should not be dismissed entirely.

In 2003, Prince Hassan of Jordan described the United Nations as “a necessary institution that plays a constructive role in post-conflict arenas.” If Pakistan is genuine about finding a resolution through the UN, it too must show meaningful movement toward effectively dealing with the problem of Islamist militancy in Kashmir and within its own borders.

Resolution 39 (1948) gives the UN authority to “investigate any dispute or any situation which might, by its continuance, endanger the maintenance of international peace and security.” Resolution 38 (1948) calls on both India and Pakistan to refrain “from doing … or permitting any acts which might aggravate the situation.”

If the UN considers itself relevant to the South Asian quagmire, it should seek to play a preventive role as a historical mediator. Modi’s incursion into Pakistani territory earlier this year and the subsequent abrogation of Article 370 arguably aggravate “the situation,” which in turn should warrant attention.

UN involvement could also help identify a united and effective leadership among Kashmiris, both within the region and among the diaspora. Such an outcome — an empowered Kashmiri civic leadership that is finally taken seriously by the international community in the same way, perhaps, as the Kurds are today — would prevent both sides of the belligerent divide to behave differently.

In the meantime, Modi’s ziddi moves over Kashmir, illustrating his personal failure to address both what is going on in Kashmir and how to handle the relationship with Pakistan, may be a taste of similar things to come. Choosing to so pertinaciously rattle the delicate web of bilateral understanding in the world’s hottest hotspot takes the zidd to a new and dangerous level, and can only increase the possibility of unintended consequences. 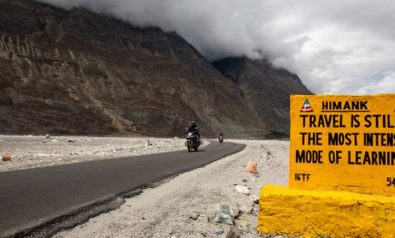 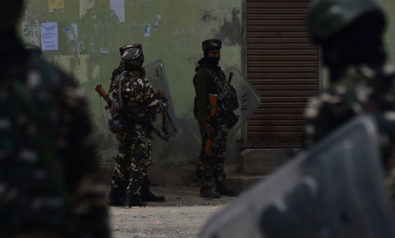 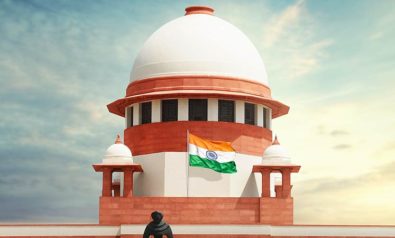