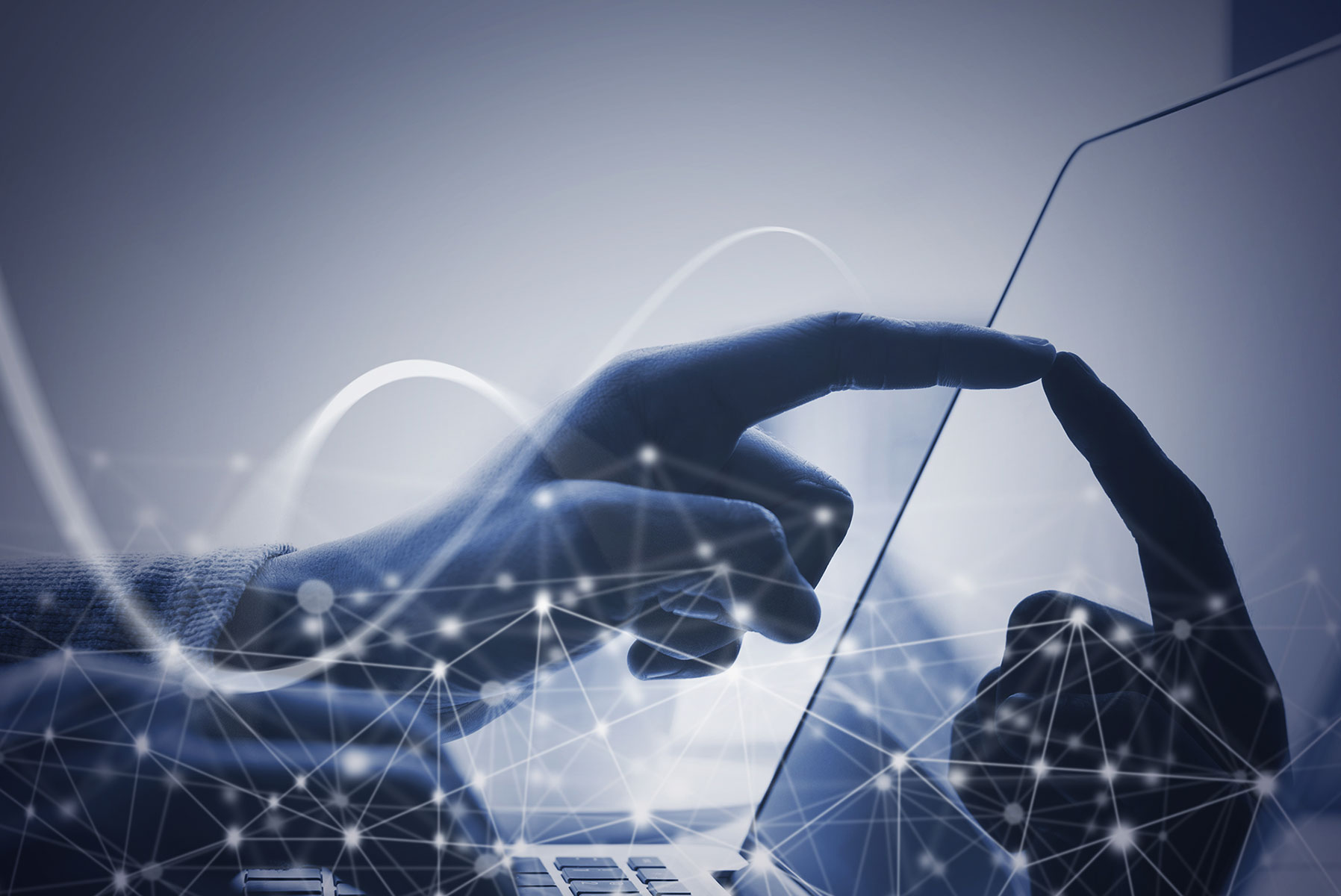 India’s government and Twitter have been fighting a legal battle over compliance with domestic laws. In June 2020, the tech giant failed to make key local appointments required under India’s new information technology rules. Twitter has more than 22 million users in India and was recently categorized as a “significant intermediary” alongside Facebook and WhatsApp.

Soon after, the companies were required to appoint three Indian officers to a mandatory compliance and grievance redress mechanism. The government’s aim is to make social media companies more accountable to local law enforcement agencies. These officers would help local authorities access data from servers. While WhatsApp and Facebook complied, Twitter did not.

In retaliation, the Indian government petitioned and then stripped Twitter of its “safe harbor” immunity that protects them against liability for the content posted by users. Non-compliance has made Twitter vulnerable. Ever since, it has faced four major lawsuits from some of India‘s top statutory bodies, including the National Commission for Protection of Child Rights.

During an appearance in the Delhi High Court, Twitter denied having any intent to contravene government regulations. In response, one official characterized Twitter’s position as a “prevarication” that “cocks a snook at the digital sovereignty of this country.”

India is not alone in expecting tech giants like Twitter and Facebook to be subject to local laws. States across the world use various data localization legislation to assert their sovereignty. Over the years, companies have been asked to place their servers within national jurisdictions. Alternatively, governments have claimed copies of all data and unhindered access to servers located abroad. According to data collected by the European Centre for International Politics Economy, the number of such laws existing in 2010 more than doubled by 2015, from 40 to over 80. That number has been steadily increasing.

Data localization trends reflect a certain sense of insecurity among states about diluting their digital sovereignty. In an article on digital sovereignty and international conflicts, James A. Lewis defines it as “the right of a state to govern its network to serve its national interests, the most important of which are security, privacy and commerce.”

Nevertheless, the irony in this scenario is hard to miss. Little prevents information from being circulated on the largest technology markets due to companies and their vulnerability to being influenced. Government access to servers located in India or elsewhere cannot potentially exclude these enterprises themselves. At the very least, host countries pose a constant security threat concerning the data stored on servers in their jurisdiction. These states hold significant leverage.

Making matters worse, most global servers are concentrated in a select few powerful countries. Four of the world’s five largest server facilities are located in the US. Although seemingly borderless, the internet extensively depends on a physical infrastructure, which makes it vulnerable to interference. This makes data localization ineffective and hard to implement. For instance, since 2016, Forbes has identified multiple instances in which WhatsApp shared data with the US government. It may be that there are no laws that can provide states with the supremacy they seek.

These issues are not new. Experts have been dealing with the redundancy of data localization laws for some time. Lewis warns of an impending Balkanization of the internet because of such laws. He posits that each state seeking its own internet may lead to no internet at all.

However, the struggle between omnipotent states and omnipresent corporations could have deeper impacts on where global power lies. Apart from the practical problem of granting each state supremacy, the fundamental question relates to our current idea of sovereignty and its bearing on our times.

The modern idea of sovereignty was arguably formulated in Europe with the Treaty of Westphalia in 1648. The treaty brought an end to more than a century of continuous religious violence in the Holy Roman Empire. It was the culmination of various failed attempts that built up to the idea of recognizing a supreme authority within a territory that took on the character of a nation-state. However, sovereignty is a much wider concept with many variants.

Modern sovereignty is envisaged as the political power held by one authority. Historically, that has not always been the case. Overlapping power was distributed between the monarchs and the Catholic Church throughout most of the Middle Ages. Monarchs dealt with the temporal prerogatives of society. Here too, authority was highly distributed among nobles and vassals responsible for maintaining the monarch’s troops. The church dealt with spiritual considerations. It stood as the conscience keeper of both monarchy and society, which permitted the church to play an active role in the secular authorities’ decisions. The church held large tracts of land and actively participated in wars.

Thus, the Westphalian notion of “supreme authority over a territory” was established by overriding powerful historical forces in the process, including some that were even more powerful than the monarchs.

The Treaty of Westphalia stripped the churches of their decision-making power. Pope Innocent X immediately expressed his reasoned disagreement along with his taste for provocative adjectives, calling the treaty “null, void, invalid, iniquitous, unjust, damnable, reprobate, inane, and empty of meaning and effect for all time.”

Present-day corporations share some of the features of the mighty nobles and ecclesiastics of the past. At $2.1 trillion, Apple has a market capitalization greater than the GDP of 96% of the world’s countries, while Amazon surpasses 92% of country GDPs at $1.7 trillion. Undoubtedly, they command the digital realm with no real challenge to their authority and would be unlikely to accept a challenge by believers in modern sovereignty.

Modern sovereignty was established on the basis of a territorial element, against large trans-border forces like religion. Unsurprisingly, it failed in its motives beyond curbing immediate violence. Today, the forces that states face are similar in their reach. The current scenario concerning data localization laws bears an uncanny resemblance to the Peace of Augsburg of 1555.

At Augsburg, political forces sought to curb conflict by nationalizing religion. States agreed on the principle of cuius regio, eius religio, meaning that the prince’s religion would be their realm’s religion. This created power blocs consisting of countries practicing similar religions. This provided the historical logic behind the devastating Thirty Years’ War. Today, the Balkanization of the internet may result in blocs of states with similar laws, leading to potentially disastrous outcomes for internet freedom.

The idea of sovereignty originated from morality and not mere capability. It may be legitimate to ask whether states, rather than people, are the correct party to claim rights to privacy and data protection. States have been equally guilty of exploiting access to private information. Recently, numbers of prominent political figures, journalists, human rights activists and business executives in more than 50 countries appear to have been targeted using the Pegasus spyware supplied by the Israeli cybersecurity NSO Group. Adding data privacy to the laundry list of state prerogatives, only because they concern supposedly foreign elements, may be an act of overreach.

Instead, it may be up to individuals across the world to decide who they sign a contract with to secure a connection to the gods — the satellites in the sky. Just as monarchs, who unlike the church lacked the power to legislate the terms of salvation, today the state may be incapable of regulating what doesn’t belong to its realm: the internet. At best, it could play the role of facilitating a contract between the people and the tech giants.

Hence, adapting to the changing times may require revising our concept of sovereignty. It will not be easy. The French philosopher Jacques Maritain, in his book “Man and the State,” traced the significant circumscription of sovereignty in the wake of World War II. States have at least theoretically united and often consensually given up on their supreme authority on subjects such as human rights and climate change. Supranational arrangements like the EU are testaments to the changing times and ideas.

The rise of a new digital realm may provide us with a chance to forge this change. It could help us question whether issues like data privacy and protection should be subject to a state’s consent or whether they concern the people, who might want to define their own personal sovereignty. 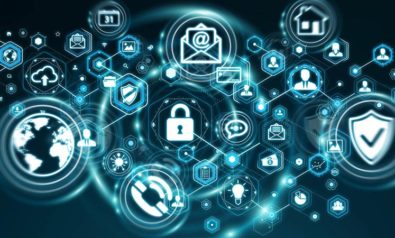 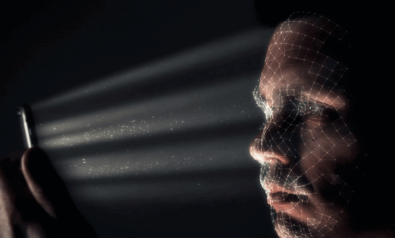 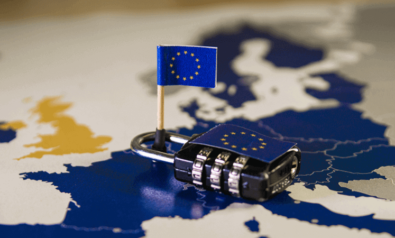