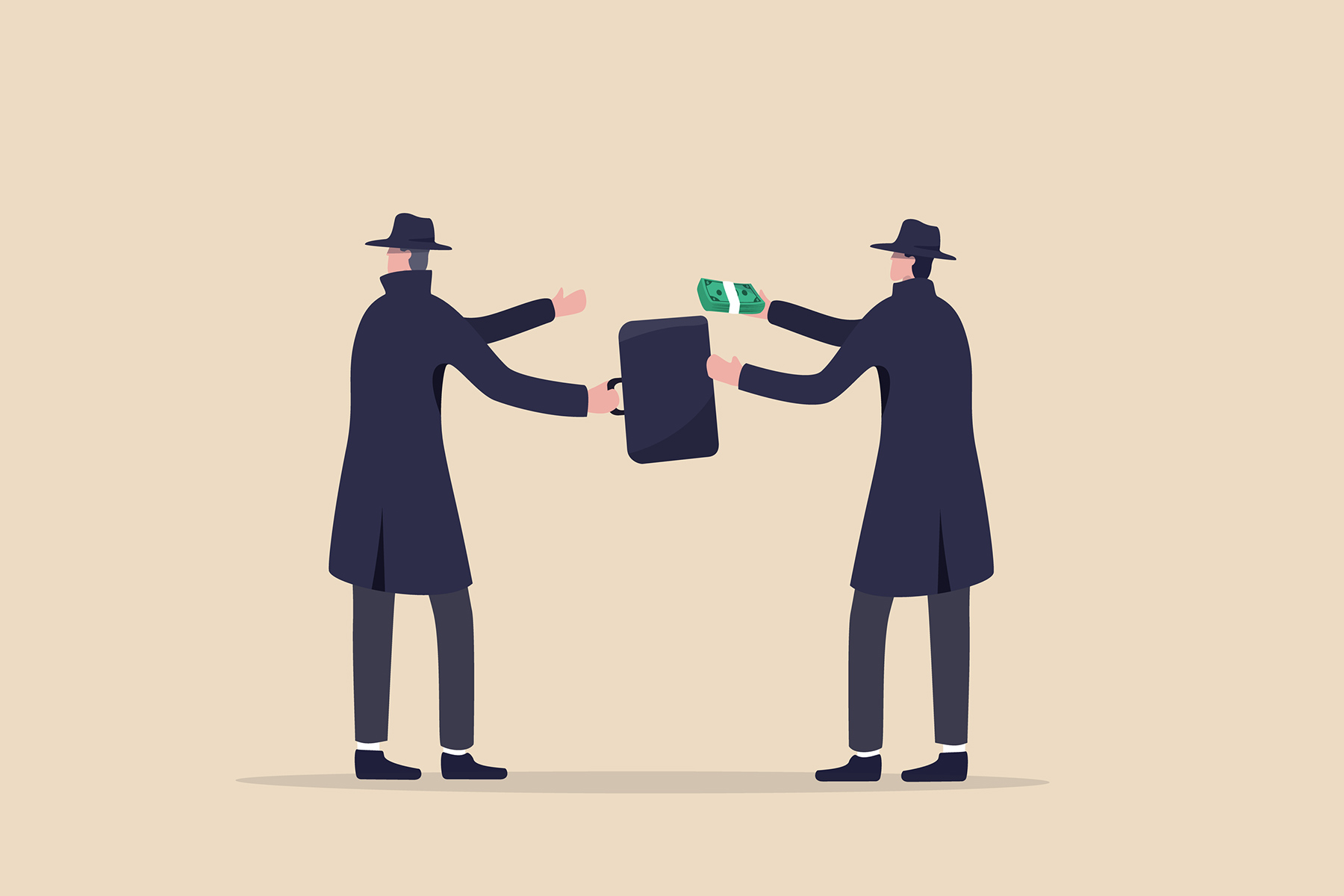 Only days after The Washington Post’s startling revelations of abuse by various governments using Israeli firm NSO’s Pegasus spyware, Axios reports on the case of a Catholic Church official in the US, Monsignor Jeffrey Burrill, who resigned after being shamed as apparently gay by the Catholic news outlet The Pillar. The publication claims to have conducted an investigation that involved considerable expense. It required purchasing a trove of data that had been analyzed by a technically qualified consulting firm to charge its victim.

Concerning the collection of personal data, technology providers are required to protect the identity of users by formatting the data in such a way that, even when all the details of a person’s behavior are analyzed to produce a consumer profile, the user’s identity remains hidden. To solve this problem, The Pillar’s team worked in two stages.

The first stage consisted of purchasing data from a firm that exercises the new profession that Tech Crunch refers to as “data brokers.” The data in question is the result of tracking the user’s behavior while using apps or consulting internet sites. Data brokers collect and store the result of that permanent tracking before selling it to advertisers who can then “profile you, understand your tastes, your hobbies and interests, and use that information to target you with ads.”

Is Spying an Art or a Crime?

The data thus serves to create consumer profiles. The brokers may not legally associate the data they sell with named individuals. They must anonymize the data before selling it to a third party. But inevitably, among the mass of behavioral information collected, clues will be present enabling anyone with the requisite time, patience, analytical skills and sheer animus to make the attribution.

Once the data was in its hands, The Pillar hired consultants to set about deciphering it to identify a culprit. The consultants narrowed down all the connections, including geographical data, that eventually led with near-absolute precision to the individual The Pillar suspected, Msgr. Burrill. Not only did The Pillar carry out the investigation in what it deemed to be the public interest, it immediately reported it, thereby shaming the victim and forcing him to resign.

Axios points out that awareness of the ethical issues linked to this system of recording and marketing the behavior of individuals is not new. “Privacy experts have long raised concerns about ‘anonymized’ data collected by apps and sold to or shared with aggregators and marketing companies.” This may, however, be the first time those concerns have proven justified. “Some privacy experts,” according to The Washington Post, “said that they couldn’t recall other instances of phone data being de-anonymized and reported publicly.” The experts add “that it’s not illegal and will likely happen more as people come to understand what data is available about others.”

Axios explains why this affair is significant: “The small Catholic outlet, The Pillar, was able to achieve this by obtaining ‘anonymized’ data from a broker, and having a consulting firm analyze it and link it to the church official — showing how easy and legally this can now be done.” In the age of cancel culture, we finally have the ideal toolset to get the job done.

What was the monsignor’s crime that justified The Pillar’s “investigation”? As it reports, “Burrill’s mobile device shows the priest … visited gay bars and private residences while using a location-based hookup app in numerous cities from 2018 to 2020.” That is something the public definitely needs to know.

“No federal laws prohibit buying this data,” The Post reminds its readers. One expert cited by The Post explains that users “have no idea where this data actually lives. But it’s out there, and it’s for sale.” That may sound shocking, but it corresponds to a deeper logic at the core of today’s economic culture. The syllogism goes like this. Premise one: Data has value. After all, it is the key to Google’s and Facebook’s prosperity. Premise two: Anything that has value can be sold. In any commercial setting, it is likely to be sold. Conclusion: Data, however damaging its dissemination may be, will be sold and then either exploited for another purpose or disseminated. This correlates with another law of modern economics: If you don’t sell what has value, you are a loser.

Making money out of data has become the first principle and the central axiom of what we call “the information society.” Data is a valuable commodity. Human dignity and social integrity may be worthy ideals, but they will always be deemed secondary because they cannot be transformed into a commodity. The Pillar understands that principle and calls that choice “investigative reporting.”

In 1974, the distinguished 69-year-old French theologian, Jesuit cardinal and elected member of the French Académie, Jean Danielou, died in the apartment of a young female “friend.” The 24-year-old blonde was known to have financial problems. In particular, she hoped to pay for a lawyer for her Corsican husband in prison for pimping. Gilberte worked in a bar frequented by underworld figures, where she went by the name of Mimi or Gaby. Some suspected she had different ways of supplementing her income.

Monsignor Danielou was said to have been a frequent visitor to her apartment. At the time of his death, he had 3,000 francs on his person. (New York governor and Republican presidential contender Nelson Rockefeller appears to have died in a manner similar five years later.) The French media, often with a touch of irony, noted these facts and assumed that the truth may have been slightly different than the official explanation, that the theologian was paying a pastoral visit to his friend in need, Gilberte.

In its account, the French newspaper Le Parisien noted that five years before his death, Danielou had proclaimed that “sexuality is a gift of God,” adding: “I understand personally that certain priests may be sensitive to the beauty and charms of a woman.” He insisted that “we expect too much from a priest since he is only a man.”

In an article in the National Catholic Reporter, theologian Steven P. Millies explains the ethical principle The Pillar seems to ignore: “I am a sinner. So are you. So is Msgr. Jeffrey Burrill. Not one of us has a personal life that would withstand the sort of scrutiny The Pillar has applied to Burrill.” Millies identifies a problem that goes beyond the question of the ethics of the Catholic clergy and is of particular concern in American society today. The mission to shame and cancel other people has become perversely elevated to the status of an act of virtue.

Millies cites Canon Law: “No one is permitted to harm illegitimately the good reputation which a person possesses nor to injure the right of any person to protect his or her own privacy.” While exposing other people’s sins harkens back to the Puritanical roots of the Anglo-Saxon American experiment, the role of technology has turned this nasty trait into an authentic social plague.

In the European Catholic tradition, sexual excess (lust) has always been considered one of the seven deadly sins. It has also been the one easiest to forgive and the most prone to being charitably confused with the ultimate virtue in Christian ethics, love. If Don Giovanni (Molière’s Don Juan) — an ancient but less slimy version of Harvey Weinstein — deserves his final plunge into hell, Christian audiences can’t help secretly sharing Leporello’s admiration for his accomplishments (“mille et tre”). After all, unlike Weinstein or Jeffrey Epstein, the Don carried them out with style.

In the case of Cardinal Danielou, the French media and people took the case in stride, laughing about the embarrassing allegations. Charlie Hebdo and the Le Canard Enchainé stand as exceptions since both are always ready to mercilessly exploit any apparent hypocrisy for humor. But on the whole, the French avoided impugning the reputation of an authentic thinker who, though a conscientious priest, was also a man and, therefore, a sinner.

Sam Sawyer S.J., the senior editor of the Jesuit publication “America,” pinpoints the outcome of The Pillar’s article by noting that “what the church is left with is the specter of effectively unlimited retroactive surveillance, deployed under private direction at The Pillar’s discretion for the purpose of policing failures in celibacy through the threat of public disclosure.”

More broadly, society is left with a similar specter of “unlimited retroactive surveillance” by anyone, public or private, with the financial means to carry it out and an undisclosed motive for doing so. In such circumstances, Monsignor Burrill’s real sins and other people’s crimes may be exposed, but the notion of trust within the community will be the ultimate victim. In an era in which social media is used for increasingly aggressive antisocial behavior, trust was already on the defensive. Thanks to our deteriorating social climate crisis that parallels in intensity the physical climate crisis, trust may be the first species to go extinct. 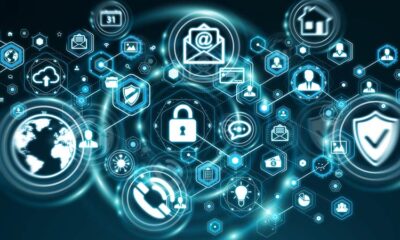 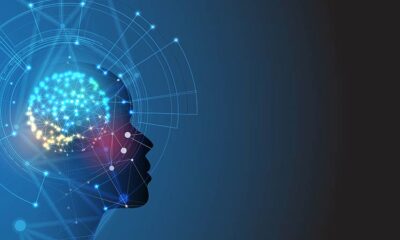 The Triumph and Tragedy of the Data Scientist 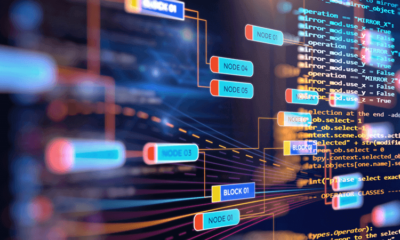