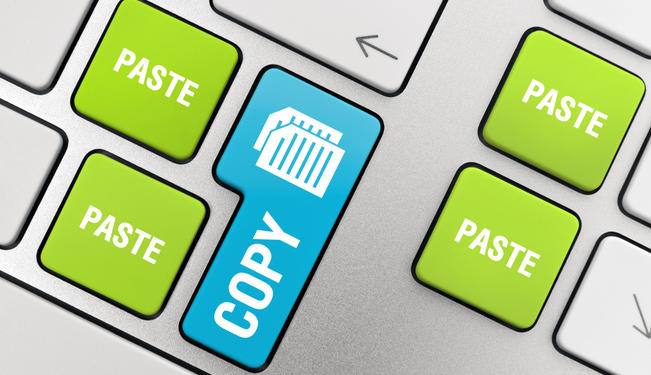 There is a culture of not recognizing intellectual property as someone’s property, in India. The big fish with power and money may influence the people at large, and the real creative intellectual may never receive due credit.

In recent times, there has been a lot of empty rhetoric of “moving towards [a] knowledge economy” in policy circles. The bureaucrats, top-ranking politicians, businessmen and elite-intellectuals often present the knowledge economy as a way forward for India. Many intellectuals and organizations all over the world have provided various definitions of knowledge-based economy (KE). The overarching idea is that in KE, the economic activity primarily depends on the knowledge (or intellectual capital).

In India, there seems to be an assumption that somehow we produce (or utilize existing) knowledge which will lead to economic prosperity. So far, I have not come across any insightful public discourse that examines this assumption systematically in an Indian context. The public spending on research and development (R&D) has been raised in recent years. However, there is no clear rationale of how that will create economic prosperity. Note that I am completely in favour of increased funding and encouraging research and knowledge production. However, there are some major hurdles for knowledge production. Until India addresses them, I am afraid, the increased public spending may not produce any public good. In this article, I will explore some of the major threats to knowledge production in India.

In India, there is a culture of not recognizing intellectual property as someone’s property. People often assume that it is “OK” to copy and paste text, audio, visuals, computer programmes and any other forms of intellectual property. It is often the case that you have an idea and share it with your boss. Next thing you know that your boss has launched the product and taken all the credit. The big fish with power and money may influence the people at large, and the real creative intellectual may never receive due credit. The violation of intellectual-rights is extremely prevalent across variety of fields – arts, music, filmmaking, writing, programming, academia and possibly any field where one can innovate or create knowledge.

This is especially true for R&D centres. My colleagues working at various research centres (cannot disclose names for confidentiality reasons) admit that even when they come up with a research idea and conduct experiments, their bosses decide whose name is to be included in the research paper and in what order. It may happen that their supervisor gets to be the first author and their name is pushed far behind. At times, the name of the head of the department or institution is included in the author-list in almost every paper produced by that department or institution, irrespective of his or her contribution.

It may sound surprising, but this copy-paste culture is rampant in academic writing as well. During my higher education in India, I came across many text-books which were nothing but copy-paste material from books and research articles of other authors without any citation or references. It is fairly possible that an individual pursuing a PhD may not be familiar with the practice of citing or acknowledging the work of other researchers. Given the limited understanding of the difference between plagiarism and original work even in academia, it can be unreasonable to expect that in the masses.

No Incentives for Knowledge-Production

India’s research sector is primarily driven by government run institutions. A very few research centres and elite educational institutions care for contribution of its faculty members to the scientific publications. The promotion of faculty members is often solely dependent on the personal relationships and seniority in most Indian universities. The tenure-track system, which is based on the publication of peer-reviewed papers, citations, academic presentations and teaching quality, is non-existent in universities. As a result, the faculty members do not have much external motivation for contributing to their respective fields of inquiry.

Furthermore, the leadership structure of the universities is ill-fitted for the pursuit of excellence and knowledge production. While talking on the higher education systems around the world, Professor Stephen Heyneman made an excellent point explaining the difference between top ranking American universities and the universities in developing nations.

The leadership structure in top ranking American university is very conducive for continuous pursuit of excellence. The board of visitors (mainly, donors and alumni) appoint the president of the university on a contract-base and pay them hundreds of thousands of dollars. In order to get that job, the highly-skilled candidates have to present institutional goals and action plans – how the institution will achieve and maintain excellence, how resources will be generated and how all stake-holders will be taken on board. Therefore, from day one, the president has a mission for which they are highly accountable.

On the other hand, the appointment of vice-chancellors in most Indian universities is based on political loyalties and personal influences. There is no vision presented for institutional growth and there is hardly any accountability. As long as the system runs without much media outrage (possibly on corruption, lack of governance, or more serious criminal charges) and the political equations are in balance, the vice-chancellor can survive.

In total, neither the institution leaders, nor the faculty members face any negative consequences for not contributing to the knowledge production.

India has one of the weakest intellectual property protections to offer to its citizens. Although the laws exist, there is hardly any implementation. In addition, various vital definitions (e.g. plagiarism, inspiration, and original work) are not clear. This gives scope of various interpretations of plagiarism. For example, what if someone copies two lines from your research article, writes your codes in different programming language, or changes three scenes of your screenplay – is that plagiarism? I hope it is a "yes", but I have heard varying responses.

This is about the society in general where masks are more valued than creative minds. To make my point clear, let’s look at various fields.

People go mad after actors, who simply follow director’s instructions; but the script writers who create brilliant stories, visualize their effects on the masses and develop characters that touch our hearts, go unnoticed. Singers, who do the same job as any other instrument players, get standing ovations, while we hardly care about the music composers who come up with mind-blowing tunes that perturb millions of hearts.

Our society over-appreciates what it sees, and fails to value the major contributions of the people behind the scene. This shows a lack of critical thinking ability of our masses. All the name, fame and money follow the mask, and not the mind. This gives a clear message: if you wish to be successful, get seen-heard and noticed. It does not matter where you get things (ideas) from, but be the first person to bring those ideas to the masses. Importance is given to the one who introduces new things to the masses, and not to the one who creates new things. This social scenario is very discouraging for creative intellectuals (CI), if they are unable to reach out to the masses. Eventually, they may feel – “why should I put in so much effort when others are benefiting from it, and not me?”

Today, India needs an intellectual revolution. Especially when the world is moving rapidly towards a "knowledge economy" era, a developing country like India needs to begin valuing minds.