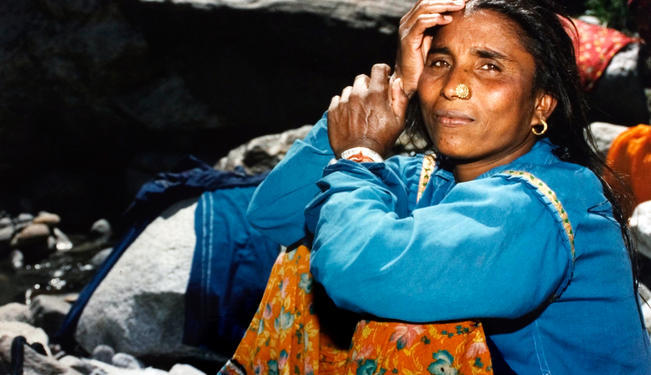 Does Hinduism grant equal opportunities to explore its liberating qualities?

Religion helps inculcate social virtues but it also prescribes social customs, which prove to be stifling. To prescribe different norms of social conduct owing to birth qualifications is a discriminatory practice that has its roots in religion. Chistopher A. Bayly, in his book Recovering Liberties: Indian Thought in the Age of Liberalism and Empire, writes that the treatment which was meted out to the lower castes was slavery compounded by perverted religiosity and a sense of physical revulsion against the poor and oppressed, who are consequently driven to suicide or madness by their exclusion.

This oft quoted statement explains the connection between religion and subjugation most aptly. The varnashram (Hindu caste system) has its basis in religion, and in a country like India, where much is determined by religious beliefs. This has been particularly debilitating, having a direct bearing on the political culture, which is determined by caste and religious identities. The system represents a rigid stratification where notions of purity and pollution are integral. The caste hierarchy sees the Brahmin priests in the uppermost echelons, followed by the Kshatriyas as the warrior and ruling class, the Vaishyas as merchants and farmers, and, at the bottom, the Shudras, serving the other three varna, were often seen as impure and, depending on their trade (such as shoemakers or washers), were once untouchable.

Desperate attempts are made by many to break away from the shackles of religion. Yet there are those who are drawn deeper into the system by attempting to fit in rather than changing it. This involves the Sanskritization process, by which members of the lower caste adopt the practices of the upper caste. This process has further reinforced the caste identities, as it does not involve questioning of social hierarchies and indicates an acceptance of subservient positions. Fear has subjugated an entire set of people, who are placed in the lower rungs of society and function as per the dictates of the upper caste. In the words of Har Dayal, fear and terror has robbed countless men and women of dignity and peace. When religion instills fear and becomes an instrument of the powerful to coerce those who are in the lower rungs of an entrenched social system, a need to question its credentials arises.

The Caste System and the Free Market

The individual in Indian society struggles to cope with the challenges of globalization and the constant need to adhere to principles that, for a long time, were his only defining characteristics. Migratory flows to the cities in search of better opportunities greatly affect individual identities, as city life is characterized by a certain degree of anonymity. Bhimrao Ramji Ambedkar, unlike Gandhi, did not hold the village in high regard, and instead believed that the village was a “den of ignorance.” He argued for breaking hegemonic control by the village heads over lower castes and propagated the need for the exaltation of parliamentary democracy. Basic human necessities include freedom from oppression, a life of dignity, and a sense of justice.

The forces of globalization are altering social relationships and identities. Power equations are defined differently in urban and rural India. Much of urban India has experienced capitalism in its full form, and its core characteristic of engaging in profit-seeking activities gives rise to a heightened class consciousness. The liberalization process, initiated in India through market reforms under PV Narasimha Rao’s government in the early 1990s, was a driving factor behind a heightened class consciousness. As the market was now open to the entry of new players, without the prerequisites pertaining to caste affiliations, class consciousness began to set foot.

Much of the debate after the 1992 market reforms in India, was centered around whether an identity defined by class should be preferred over an identity defined by caste. We cannot ignore the fact that in a society which is divided along caste lines, capitalism, with its emphasis on profit-seeking, completely alienates an entire section that has no share of the pie. The abyss of poverty is as much a reality as vulgar wealth. To rise up the ladder is difficult for many as the resources are controlled by the upper castes. More often than not, these take recourse to religion to validate their privileged position.

Having said this, the growth of cities and increasing urbanization have enabled many people to escape this exploitative system and assume new identities. With all its shortcomings, capitalism has enabled economic, rather than social indicators, to take precedence. The caste code, as it exists in India, prevents those at the bottom of the hierarchy from accumulating wealth. Capitalist societies are characterized by the existence of mobile “classes,” and this is a better alternative than divisions based on caste where the possibility of upward mobility is virtually nonexistent.

Then again, globalizing forces have shaped caste identities in newer ways. As markets have opened up, competition has caused an increase in the number of individuals who have access to the free market. P.N. Panini argues there is enough evidence of caste clustering taking place in industrial units. The economic structure was affected by the liberalization process of 1992, but he argues that caste continued to remain an important aspect of an individual’s identity. The need for trusted workers in a newly liberalized economy made the employers favor the people who belonged to the same community, and hence making the assertion of one’s caste identity was important.

A Division of Laborers

Ambedkar had acknowledged that the caste system was originally intentioned as ensuring a division of labor, but it resulted in what he calls “a division of labourers.” Education, which should have been an instrument of enfranchisement, came to be seen as the domain of the few. It was used as a tool of ideological hegemony. It is exactly this which prevented Voltaire’s famous words — “once a nation starts to think there is no looking back” — from being translated into actions. Domination through ideological means stunted the process of thinking. The literature which the Indian education system produced was, for a long time, Brahminical in nature. The celebrated story from the Mahabharata of low caste Eklavya, who cut off his thumb and presented it to Guru Dronacharya when asked to do so, though projected as a shining example of the Guru-Sishya (teacher-student) relationship, is a firm reminder that a person from the lower castes should not try to grow out of their caste identities.

As the system clearly specifies the domain of each caste, it is not surprising that it was the Brahmins who benefitted from the educational opportunities initiated by the British. The lower castes were not allowed access to educational opportunities. Much of the writings by the Dalit Panthers — a community which emerged in Bombay in 1972 — expressed anger in the most explicit form. The Dalits represent a category of people who fall outside the caste system. The Constitution of independent India forbids discrimination based on caste and has put in place a mechanism of reservations in education and jobs to ensure the upward mobility of the “lower” castes. (Independent India has seen Dalit chief ministers of states and also a Dalit president in K.R. Narayan.) They represented a community that was vying for total annihilation of ideological hegemony through impactful writing and militant activities. The aim was to destroy established cultural hierarchies, disable the Brahminical control over knowledge, and bring about a social revolution.

To envision a state which is caste-neutral is rather difficult. The problem is further compounded by the political culture that has come to characterize India. Ambedkar attempted to establish a political democracy, which would guarantee every individual certain basic rights and establish a balance between the principles of justice and equality. His heart-wrenching critique of a social system that deprived people of something as basic as dignity and peace, explains the barriers certain sections of society face.

The interplay of caste and religion in India requires well-thought out ways of dealing with this complex relationship. Instead of mindlessly vying for political power by playing on caste identities, the political class needs to ensure that the discourse on annihilation of caste focuses on growth and progress. The market forces post-1990 have contributed to both the weakening and, in some sense, strengthening of caste identities. Even though urban life in India is today characterized by a heightened class consciousness, caste affiliations for many is a form of social security, especially in a country characterized by a subject political culture where citizens recognize their limited ability to influence government decisions. The growing Dalit assertion, be it in the form of theoretical or symbolic victory (the dip by Dalit women in the holy waters of Ganga during the Kumbh Mela of 2013 in gross violation of caste codes), is contributing to a blurring of caste lines. But to visualize a casteless society in the near future, considering the political culture and the strong hold of religion on the lives of most Indians, would seem premature.