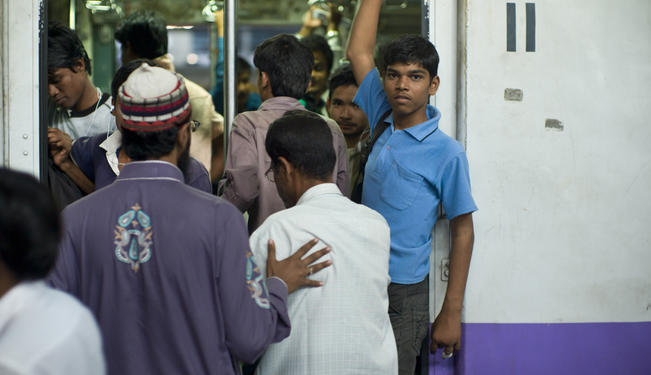 By 2030, India will be the world's rising economic powerhouse.

“We are citizens of a great country, on the verge of bold advance, and we have to live up to that high standard” —  Jawaharlal Nehru, on the eve of Indian independence.

India exemplifies Adam Smith’s classic observation about there being “a great deal of ruin in a nation.” Jawaharlal Nehru might have had this in mind as he delivered his memorable address, greeting the end of the British Raj and the birth of modern India. Even as he heralded “the day appointed by destiny,” he acknowledged that the overwhelming bulk of the Indian population was in the grip of “poverty and ignorance and disease and inequality of opportunity.” He alluded to the communal fires then aflame throughout the country and confessed that much work lay ahead in building “the noble mansion of free India where all her children may dwell.” But he also looked beyond, holding out a vision of India as a rising star in the east and an exemplar for the rest of the world.

Nehru provided no details in his “Tryst with Destiny” address about the external role he intended for the new India. But about a year before the British withdrawal from South Asia, he stated that "India is today among the four great powers of the world: [the] other three being America, Russia, and China. But in point of resources India has greater potential than China."

This latter contention invites amusement today, given where India and China have ended up so far in the global power sweepstakes. But as recent as the early 1990s, the countries were in similar economic circumstances. Whatever else now ails India, it has never lacked amazing potential – a major reason why the British hung around for so long. Yet distilling it into real strategic power has always been a problem for Nehru and his successors.

The World’s Most Unnatural Nation

An important part of this difficulty is, in truth, due to a large set of sui generis constraints. Unlike the case in China, the Indian state throughout history has been a highly decentralized creature, with the result that its modern incarnation lacks administrative machinery, capable of efficiently mobilizing the country’s dormant resources in a purposive direction. Add to this the political fragmentation arising from mind-boggling ethnic, linguistic, religious and social diversity of the type no other large country confronts. It is not for nothing that historian Ramachandra Guha terms the Indian Republic “the world’s most unnatural nation.” “Never before,” he points out, “had a single political unit been created out of so many diverse parts.” For all the aspirations about playing on the center stage of global politics, it remains an open question of whether India possesses a grand strategy worthy of the name – or even a geopolitical tradition capable of formulating one.

Moreover, the tragic circumstances of modern India’s birth have proven vexatious to larger ambitions. It has the misfortune of residing in a highly volatile neighborhood, surrounded by weak, unstable, and often hostile countries that perennially top various failed-states indices. Pakistan, in particular, is a never-ending thorn in India’s side. The problematic regional environment saps precious national resources (including the armed forces) and constantly diverts the attention of those leaders who prefer to look to the global arena. It also creates a paradox: India yearns for a place in the first ranks of world power and yet, cannot establish much sway over its own region. Despite the common civilizational and historical links that permeate South Asia, New Delhi has been unable to integrate the area in the same way that Beijing has economically stitched together the much more culturally diverse and geographically dispersed East Asian region.

Still, for all of the inherent factors hampering India’s power trajectory, the caliber of national leadership has also been decisive. As Nehru put it in another context: “Life is like a game of cards. The hand you are dealt is determinism; the way you play it is free will.” The manner by which Nehru and his successors have operated has left much to be desired, as the strategies they pursued in attempting to build up Indian power often ended up having the opposite effect. The “Hindu rate of growth,” to which the country seemed perpetually condemned while others in Asia soared during the 1970s and 1980s, only reinforced India’s image as the epitome of what Third World meant: decrepit, destitute and pitiable. Ultimately, these policies led to the economic debacle of 1991, when India was forced to pawn its gold reserves in order to secure desperately-needed international financing. By then, many observers believed the country was on the brink of tragedy. The New York Times Magazine published a long article detailing “India’s descent into confusion and despair,” while the newspaper’s editorial writers advised readers to “pity India” because the country was at risk of dissolving.

Of course, things have changed dramatically for the better since the nadir of 1991, with the size of the national economy more than quadrupling since then. True, the last few years have cast doubt on all of the easy talk about the coming “Indian Century,” what with the country now disgorging foreign capital, the value of the rupee being pounded to new lows, and international ratings agencies threatening to downgrade the sovereign credit rating to “junk” status.

Still, even with all of the country’s cumulating distress, largely self-inflicted, it’s worth bearing in mind that India is far from alone in stumbling economically. All of the BRIC luminaries have fallen off their pedestal, including the once high-flying China; Japan, the economic superstar of the 1980s, is only now climbing out of a two decade-deep hole of bad debt and deflation; America is experiencing a recovery that is uncertain at best; and Europe is (hopefully) just emerging from its longest recession since the Second World War. All of this doesn’t excuse shoddy policymaking in New Delhi (good commentaries on this point here, here and here), but it does add perspective to the current travails.

It deserves to be pointed out that India retains its endowment of raw potential. The Organization for Economic Cooperation and Development (OECD) reports that the country, even with its current decade-low growth rate of five percent, has likely moved past Japan as the world’s third-largest economy and the second largest in Asia. It adds that by the end of this decade, India may even have supplanted China as the world’s fastest-growing major economy and that over the next half-century, the country’s GDP per capita will increase more than eight-fold. The US National Intelligence Council recently concluded that by 2030, “India will be the rising economic powerhouse that China is seen to be today.” India has even managed to emerge as an important pivot point on Asia’s geopolitical stage, assiduously romanced by America, China and Japan.

So all is far from lost. That said, India is clearly in need of a stirring talk this Independence Day that can galvanize political sentiment to the many challenges ahead. By tradition, the prime minister commemorates the occasion by giving a speech atop Red Fort, the Mughal-era historical landmark in Delhi. This year, though, Manmohan Singh might try a different tack by forgoing his own remarks. Instead, he ought to broadcast the “Tryst with Destiny” address and ask the political class to rededicate itself to the ideals Nehru set forth. The gesture would be far more noteworthy than anything the taciturn Singh himself could utter. And Nehru’s words about far-sighted leadership, national aspiration and historical destiny might even have an impact upon a dispirited country.