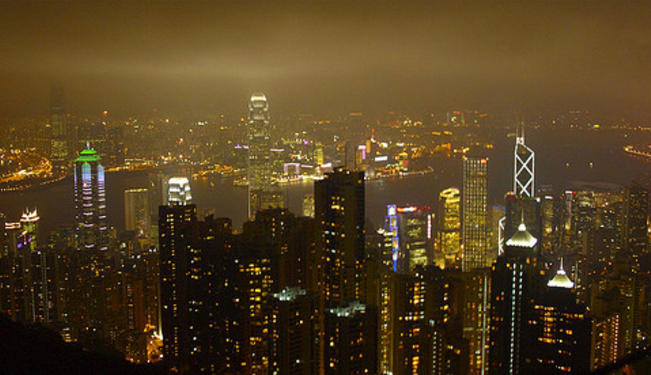 Question 1: Thanks for agreeing to be interviewed Mr. MacMurchy. Before we begin, can you briefly elaborate for our readers upon your time in China and your subsequent move to Hong Kong?

Cam MacMurchy: I was very fortunate in China to work at China Radio International and CCTV 9 and to help launch the Guangzhou English Channel, then work at a web-startup in Shanghai called Jongo, then work as the host of a China travel show with Tianjin Television. My time in Beijing culminated with the Olympic Games, which I covered for a Canadian radio network.

Following the Games, I knew I loved Asia, but I wanted to put roots down, which can be a scary thing when doing so in the mainland. I visited Hong Kong frequently when I lived in Guangzhou, and figured that was the place I’d go. I was fortunate to get a Corporate Communications role with the MTR Corporation in October 2008. I’ve been here since then, and now work in the city’s finance industry.

Question 2: How did the cultural divide between Hong Kong and mainland China initially register from your perspective as a foreigner arriving from China?

Cam Macmurchy: I think I was caught off-guard originally. Everybody has a different experience in China; for example English teachers, import-export people, business owners, and expat executives all have a very different story to tell. I was focused almost entirely on state-run media, and as such, I got a specific perspective on life in China.

I think many state-run news organizations are still finding their way. State-run jobs are considered plum government positions, and as a result, I found there wasn’t always the same motivation and work ethic that are in other private sector companies.

There were times at CCTV 9 when I would want to go out on a shoot, but the napping cameraman would tell me he just didn’t feel like going. Or, when my salary was three months late, I would indicate I needed money for a weekend trip to Hong Kong. The assistant replied: “Oh yeah, I forgot you laowai [mildly derogatory Chinese term for foreigners – Ed.] are bad with money.” When I did get around to going to the accountant’s office, at 2 o’clock in the afternoon one weekday, I saw her asleep on the couch with the door locked. These are extreme cases, but they happened, and I found the atmosphere a sap on my ambition and work ethic.

There is also a glass ceiling for foreigners when it comes to local media; they are there to voice scripts, edit, or appear on camera. But when it comes to setting the news agenda, or consulting about news selection, production values and so on, foreign input isn’t really sought. I can’t blame them, but there are some talented and experienced journalists working in the system who could make larger contributions to their respective workplaces than they are currently.

Despite this, the random nature of working in state-run news meant that there were things to talk about every day. I met some amazing people, both foreigners and Chinese. When I look back on it now, I realize those were some crazy years that are highlights of my life so far.

Hong Kong, simply put, has a much higher expectation of professional conduct. Hong Kong is governed by laws, it is an open society, and it has been interacting with foreigners for decades. There are legal protections here which Hong Kong’s society functions on. If your salary doesn’t arrive on time, you can appeal to HR or a lawyer.

Furthermore, expatriates aren’t so much of a novelty and aren’t given special attention here. I know foreigners are common now, especially in first tier cities in China, but you can almost be completely anonymous down here, which depending on your perspective can be good or bad.

Finally, the English skills are startlingly different on both sides of the border. Hong Kong was a British territory, but I’m still amazed at the level of competence in professional circles. I’ve attended meetings with 20 or more people, all Cantonese, who revert to English solely because I’m present. The official language of many companies in Hong Kong continues to be English, meaning press releases, speeches, and statements are written in English before Chinese. This took a while for me to get used to, and I often felt embarrassed that everybody would be speaking English on my account. On the mainland, usually somebody would sit quietly beside me to interpret if needed, but meetings would go ahead in Mandarin.

Question 3: Since your arrival, what do you think has been the single biggest flashpoint that has exacerbated this cultural divide?

Cam MacMurchy: I don’t know if there is really a flashpoint. Hong Kong is a collection of people who, at various times throughout the past 60 years, fled mainland China. Some came prior to the founding of the People’s Republic of China in 1949. Some fled during the Great Leap Forward, or during the Cultural Revolution, or after the 1989 Tiananmen Square incident. All of these people share a deep distrust of the Chinese government, and remember China as a dark, dirty, dangerous and deeply unfair place. Even though China has evolved, many have either not visited in years or don’t want to.

When you couple this with current events, such as the national education controversy, the “election” of the chief executive, and the belief that Hong Kong media have been self-censoring more, you get a volatile situation which sometimes boils over. There’s less of a “flashpoint” and more of just simmering resentment.

Hong Kong is a very small territory governed by laws that spawned some extremely well-respected global companies such as Cathay Pacific, Swire, Shangri-la Hotels, Hutchison Whampoa, the MTR Corporation, and the Hong Kong Stock Exchange.  Conversely, “brand China” doesn’t generally have the same prestige. Hong Kong people, righty or wrongly, generally view China as a place where people can get rich through nefarious means, often to the detriment of ordinary people.  That is much harder to do in Hong Kong, which has strict laws, rules, and codes of conduct in place.

Hong Kong people do have a “you scratch my bank, I’ll scratch yours” mentality like the mainland does, but it’s done according to law. I think this is why you see so many mainland companies running into accounting scandals in Hong Kong and in other overseas jurisdictions; they simply aren’t used to laws and strict rules of conduct being enforced.

I know I have mentioned “law” here already, but it can’t be overstated. Hong Kong’s most important advantage is its legal system. The city survives and thrives thanks to its geographical location in the heart of Asia, its proximity and relationship with China, and a British common law system that is already familiar to investors and companies from around the world. The police here are generally respected and the ICAC does a good job of rooting out corruption.

I should note that I am generalizing here, and Hong Kong isn’t perfect. There are flaws in the system here too, and things fall through the cracks. But overall, the Hong Kong system is much more robust, resilient, and sustainable.

Finally, like mainland people, Hong Kong people are very proud of their heritage and love being Chinese. In fact, even mainland people have told me that more traditional holidays are celebrated here than on the mainland because Hong Kong was spared the Cultural Revolution. I think sometimes this is overlooked, as people confuse “Chinese” with being “mainland Chinese”.

The views expressed in this interview are the interviewee's own and do not necessarily reflect Fair Observer's editorial policy.