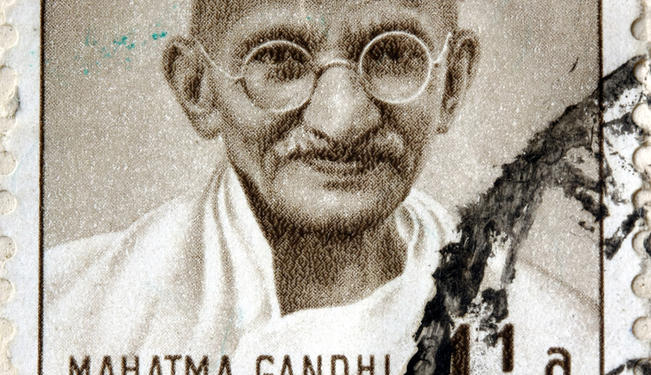 On the occasion of Gandhi’s assassination anniversary, Dr. M. Krishnamurthi speaks about the real meaning of Gandhi’s fasts.

There is a general impression doing the rounds and assiduously circulated by interested politicians and agitators, that Mahatma Gandhi undertook a number of fasts unto death to press his demand for the independence of India. There is nothing more distant from truth than this belief. Two things have to be made clear about Gandhiji’s fasts. Except for one fast in the early thirties before independence and another one undertaken at Calcutta immediately after independence, all his other fasts were for a limited period (mostly 21 days). They were more in the nature of self purification and meditation due to his failure to guide his followers in the true path of strict nonviolence. Secondly, they were for a limited period with the assurance given to the public as well as the government that it was definitely not his intention to die; and if ever a fast threatened to end his life he would give up the fast immediately. By sheer will power and moral force he survived every such fast successfully. One must also add that none of his fasts were carried out in a public place like the Ramlila Grounds with lots of crowds raising slogans. They were undertaken either in a prison where he might have been incarcerated at that point in time or in a friend’s house if he was a free man. There was never any demand attached to the fast or to make it a condition to give up the fast.

As an example of Gandhiji’s fasts, I would like to mention his very first fast undertaken in 1922. The “satyagraha” movement was at its peak all over the country. Thousands of Congress volunteers were in jail including leaders like Nehru, Patel, Rajendra Prasad and others. At that time, in a small town called Chouri Chaura in United Provinces (the present U.P), a very peaceful procession of congress volunteers passing by a Police Station was brutally beaten up by the local police. The volunteers lost their temper, chased the policemen back into the police station, locked the doors and set fire to the station. About 25 policemen were burnt alive. When Gandhiji heard of this event, he became very saddened and immediately called off the entire movement. People were stunned and could not understand why one little event of violence in a whole country should be taken so seriously. Gandhiji replied that he did not want independence obtained by such violence, and declared that people were not yet fit for independence. He then undertook a fast for five days, spent the time in prayer and meditation to atone for his failure in leading the people properly to agitate in a totally nonviolent fashion.

All subsequent fasts were also for similar reasons. So far as the first fast unto death undertaken by the Mahatma, it was in the early thirties. Gandhiji was totally opposed to the proposal by the British Government of reserving a few seats in the assemblies for the depressed classes (as they were called then), and the candidates and voters to be confined to these classes. Gandhiji saw in it an attempt by the government to divide the Hindu Society. They had already made such an arrangement of separate electorates for Muslims and now they wanted to create further divisions among Indians and thereby perpetuate their rule in the country. The government, however, agreed to consider any other proposal for the reservation of seats for the depressed classes which might be agreed upon by the Hindu society including the depressed classes. Gandhiji was able to convince many of the depressed class leaders with his ideas but was unable to do so with Dr. B.R. Ambedkar. That was when Gandhiji undertook his fast unto death.

Initially, Dr. Ambedkar refused to yield or have any discussion with Gandhiji on the matter. As Gandhiji’s health started deteriorating, intense pressure was exerted upon Dr. Ambedkar to negotiate with Gandhiji by members of the depressed classes themselves apart from the general public. Finally, an accord was arrived at whereby the depressed classes had seats reserved in the assemblies proportional to their population; candidates would be restricted to those classes but voting would be done by all eligible voters. Gandhiji gave up his fast after the accord was signed by all concerned parties and approved by the government.

The second fast unto death was undertaken by Gandhiji at Calcutta immediately after independence. This was intended to ensure that not even a single Muslim in Calcutta would be harmed in any way in retaliation for atrocities committed on the Hindus in East Pakistan. It was only when the Muslims assured Gandhiji that they did not feel threatened that he gave up the fast.