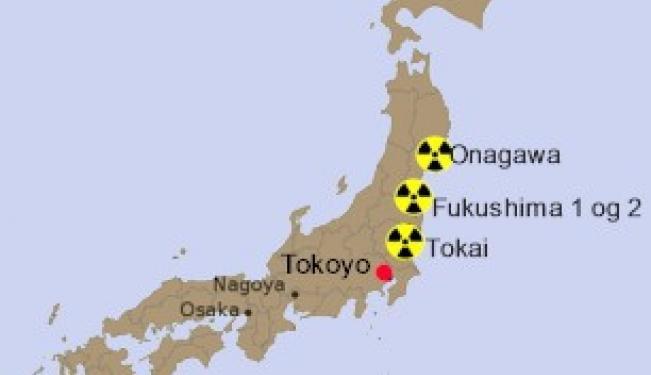 Fukushima and its impacts on nuclear energy development in Germany and the USA.

In the wake of the Japanese nuclear disaster, is the future of nuclear energy different? The damage caused by a 9.0 earthquake and subsequent tsunami caused a nuclear catastrophe in the Japanese power plant in Fukushima Daiichi, and gives ample to opportunity to speak of a “historical caesura”. In particular, this term is recently popular with German politicians because it clearly illustrates the Herculean challenges of a nuclear energy policy. When surmounted, these challenges can be translated into political capital and prestige for German policy makers. However, politicians are not the only ones dwelling over Fukushima’s lasting significance. The media and the scientific community also describe “Fukushima” as a historical watershed, which boosts readership and legitimizes the necessity of the funding of new research projects. Historical disaster research has often shown that the magnitude of disasters is dictated by the associated imagery: despite – or perhaps because of – its terrible and disturbing images, “Fukushima” is also a discursive scenario showing how different actors – politicians, reporters, academics, and economists, amongst others– generate and produce the character of an environmental or man-made disaster as an event of historical dimensions. However, this does not deny the fatal consequences the reactor accident had on the health of the Japanese population and economy. Beyond constructivist objections  in the light of Fukushima, nations with nuclear plants must decide whether this is a historical turning point which necessitates a new nuclear energy policy.

Despite a comparatively good safety record, the history of nuclear energy is peppered with serious reactor accidents. In 1957, a fire started in a nuclear reactor in the British town of Windscale, releasing a highly toxic radioactive cloud that spread to large areas of the British Isles and continental Europe. In the Soviet nuclear plant Mayak in the southern Urals, an explosion was followed by radioactive emissions and wide-scale contamination, an event that the International Atomic Energy Agency (IAEA) today classifies as the third most serious accident in the history of civilian nuclear energy use (after Fukushima and Chernobyl). This incident was successfully covered up by Soviet authorities until the 1970s. Even in Western societies, there was nearly no visible critical public or media attention during the 1950s and 1960s, during which commercial nuclear power development took shape. The reactor accident at Windscale was therefore recognized only by the nuclear community, a few additional individuals, and was thus quickly forgotten. This public lack of attention to nuclear energy changed only in the 1970s: in most Western societies a broad anti-nuclear opposition developed and raised questions regarding the safety of nuclear power plants, the hazards of radiation, and the challenges of nuclear waste disposal in the awareness of the public and in the media.

Only this background of intensified social communication of nuclear risks in the 1970s led to the huge attention paid by the Western media to the reactor accidents in Harrisburg (1979) and Chernobyl (1986). This resulted in fundamental energy policy changes in both Germany and the United States. Nevertheless, critics of nuclear energy in both countries have long drawn future scenarios of a potential nuclear disaster, a scenario now realized in Japan. Moreover, the insurance industry has stressed their expectations of a major accident since the 1950s and has thus refused to insure nuclear damage adequately. If one considers this long vein of historically-evolved anticipations of nuclear disaster, Fukushima appears to be less of a historical turning point than a culmination of a “self-fulfilling prophecy”. One could also argue that the futures of the past – the disaster warnings and apocalyptical anticipations of a reactor accident – have caught up with the present and now seem to influence future atomic politics decisively.

In the Federal Republic of Germany, the political impact of Fukushima is currently quite profound. The conservative-liberal administration led by Angela Merkel is pursuing a strategy that stresses the classification of Fukushima as a historical caesura with global impact and facilitates this into political calculus: immediately after the disaster, the German government imposed a three-month moratorium on the seven oldest of the seventeen German atomic plants, appointed expert-committees that dealt with technological and ethical problems of atomic energy, and announced the complete withdrawal of the Federal Republic from nuclear power until 2022. However, the Merkel administration’s current activism can hardly conceal that the same administration in autumn 2010 abolished a first exit plan, which had been adopted by the then existing red-green coalition of the Social Democratic Party and the Green Party in 2000. Furthermore, the Merkel administration extended the running times for German nuclear power plants, a decision that was accompanied by numerous public protests and which strengthened the nuclear industry-oriented image of the conservative-liberal coalition in the eyes of many citizens.

Representatives of the German government often justify their overnight about-face by suggesting that Fukushima has created a new reality to which a responsible government must respond. In addition, Fukushima, as opposed to Chernobyl, is classified as a central distinct, in the sense that this accident happened in a highly modern country that could hardly be accused of not being up to date on the technological challenges. On the other hand, Chernobyl is considered a symbol of an ailing technology produced by an ailing political system, a rather simplistic argument. In German government circles, one only rarely finds a reference to the long tradition of nuclear opposition in the Federal Republic. Instead, the recent nuclear exit is declared a genuine project of the current government. The reference framework of this policy thereby forms the character of Fukushima as a type of “breaking point” that necessitated a fundamental change of political views. Nevertheless, this resulted in the paradox (also stressed by the political opposition) that a nuclear exit, which has long been viewed as irrational and impossible due to economic reasons and future problems of energy supply by the conservative/liberal coalition, now seems to be rational, appropriate, and possible. For this reason, the opposition, although fundamentally in agreement with the nuclear exit plan, also believe that populism and electoral factors are the driving forces behind the administration’s seemingly impulsive decision-making.

Today, no one can objectively predict the extent to which this recent change in German nuclear politics will translate into action over the next decade. At the very least, one has reason to be skeptical. For example, while Germany’s new energy plan aims to generate economic and technological advantages in the field of renewable energy sources and function as a model for other states, the international impacts of these efforts are largely in question. The German exit plan is often described by international commentators as a “special path,” which underlines international irritation at the upheavals in German energy politics. In addition, the pejorative term “German Angst”, which emerged in Great Britain and the United States in the 1980s, is once again filling headlines. In the United States, where commercial atomic energy development started in the early 1950s, nuclear energy is mostly considered an important pillar for future energy supply. Although the Obama administration ordered security checks for the existing nuclear plants after the disaster at Fukushima, the administration never posed any doubts about their future commitment to nuclear power in the US. In a broader sense, this policy direction is one taken by most of the G8 countries, whose leaders stressed that there will be no alternative to nuclear power in the next few years. In light of the G8-policy, the German perception of Fukushima as a historical turning point, as well as the associated political reaction, seems to be quite unique, especially given that Japanese officials have declared that Fukushima by no means implies the end of Japanese nuclear industry.

While current political decisions related to nuclear power may create a chance for the “special path” to be optimal, numerous factors may impede or delay Germany’s exit of nuclear power in the future. First, energy companies have already announced that they will file legal action  against the termination of their nuclear power plants in operation. In addition, given the upheavals in German nuclear politics in recent years, it is questionable whether political planning is still possible and how long a definitive policy will endure. Perhaps most importantly, the history of nuclear energy reveals that disasters can quickly disappear from public conscience. Though nuclear power is currently intensely debated in Germany, what is truly necessary is continuous public discourse (one that goes beyond the single event of Fukushima) about the risks and future of nuclear energy, as well as the prospect of securing and enforcing a nuclear exit on a long-term scale. Public memory of disasters is generally short and furthermore always overshadowed by new disaster experiences, which subsequently create new political agendas. One has to wait and see whether the ambitious exit plan of the German government will be forgotten and end up belonging to the futures of the past, which unfortunately only seem to regain importance in the light of future catastrophes.