Can writers in Bangladesh depend on the government to protect them?

The brutal murder of Avijit Roy, a Bangladeshi-born American writer, shocked many people in his home country. International human rights organizations condemned the killing, and the US government sent FBI agents to the capital city of Dhaka to investigate. However, Bangladesh’s “secular” government remained silent about the murder.

Roy was killed on a busy street in Dhaka on February 26 while returning from a book fair. His wife, Rafida Bonya Ahmed, was seriously injured in the attack. The assailants hacked the blogger to death using long machetes in front of police and pedestrians. No one tried to save Roy from the attackers, and bystanders even remained reluctant to help Ahmed take her husband to the hospital after the attack.

Bangladesh, a country known for its Muslim-majority population, has seen a number of attacks on writers in the last two years. Blogger Ahmed Rajib Haider was killed on February 15, 2013. Another blogger, Asif Mohiuddin, survived a critical assault in the same year.

All three men have two things in common: They were atheists and critical of religious fundamentalism. Roy’s online platform, Mukto-Mona (Freethinker), hosts plenty of articles on religious dogma and extremism. However, this was not the only topic he wrote about. His books, Virus of Faith and From Vacuum to the Great World, are very popular among rationalists and others critical of religion. In 2014, Roy’s blog was nominated for The Bobs, Deutsche Welle’s global award honoring bloggers and online activists.

Islamist extremists had been harassing Roy for some time. A previously unknown militant group, Ansar Bangla 7, claimed responsibility for Roy’s murder, saying his writings were a “crime against Islam.” A militant named Farabi Shafiur Rahman has since been charged.

Bangladesh witnessed a huge protest by Islamists against atheist writers in 2013. A fundamentalist group, Hefazat-e-Islam, even tried to seize the main commercial district of Dhaka on May 5 of that year. They demanded capital punishment for those guilty of “blasphemy.” Earlier, the government arrested four bloggers, accusing them of “defaming” religion.

Bangladeshi Prime Minister Sheikh Hasina, who is known as the head of a party seen as secular, remained silent after the brutal killing of Roy. This is surprising as Hasina is known for her outspokenness. Many believe she did not comment on the killing to mollify Islamists. However, Bangladesh’s main political opposition, the Bangladesh Nationalist Party, condemned Roy’s murder and demanded a fair trial.

Looking back at the situation in Bangladesh, particularly over the last two years, I don’t see any hope that Roy’s real killers will be brought to justice in the near future. In fact, most of the attackers who tried to kill Mohiuddin remain at large, and indictments for Haider’s murder were only recently handed down.

It appears that Bangladesh’s present government is reluctant to punish the killers of bloggers. It wants to keep its regime safe by not annoying Islamists at all cost. However, this political tactic makes the country deadly for writers, especially those who speak out against religious fundamentalism.

We bring you pers

pectives from around the world. Help us to inform and educate. Your donation is tax-deductible. Join over 400 people to become a donor or you could choose to be a sponsor. 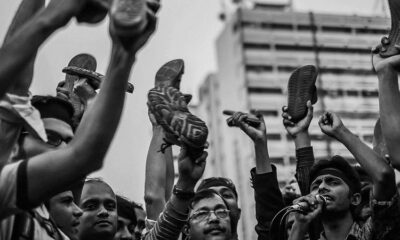 Yet Another Brutal Murder Shocks Bangladesh 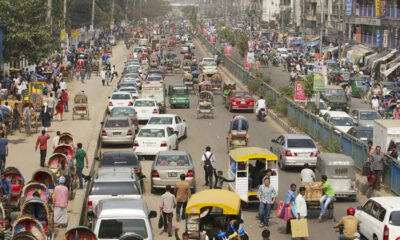