Blasphemy laws create religious extremism, repress the people, bind the hands of government and paralyze the country at will.

On February 25, 2018, Rome’s ancient Colosseum was lit in red to condemn Asia Noreen’s death sentence. Commonly known as Asia Bibi, Noreen is a Christian woman in Pakistan who faced the death sentence under the country’s blasphemy laws. A farm laborer from the Ittan Wali village in Pakistan’s Punjab province, she was involved in an argument with a group of Muslim women in 2010 over water and accused of insulting Prophet Muhammad. On the basis of this charge, she was arrested and imprisoned under Section 295C of Pakistan’s Penal Code. Later that year, she was tried and sentenced to death.

In October 2018, the Supreme Court of Pakistan confirmed her acquittal from the charge of blasphemy after she languished for many years in prison. Yet a simple question arises: How free is Asia Bibi to live in her own country with the ever-present fear of being killed or lynched by so-called defenders of Islam?

That almost everyone seems reconciled to the idea that her only shot at safety is to seek refuge outside Pakistan speaks volumes about the state of affairs in the country. Pakistan’s blasphemy laws carry strict punishments for anyone convicted of having “insulted” Islam. Punishments range from a heavy fine to the death penalty. Alarmingly, convictions and the ensuing punishments can be based on as little as a single man’s testimony.

Obviously, such a terrible due process leaves the blasphemy laws open to abuses. Today, these laws are regularly used as the means of waging personal vendettas and settling scores. Again and again, these laws are used to persecute people from religious minorities. Pakistan’s 2.5 million Christians have suffered disproportionately, as have members of the Ahmadi Muslim sect.

BLASPHEMY LAWS IN THE INDIAN SUBCONTINENT

Long before Pakistan was created in 1947, the Indian subcontinent had blasphemy laws. These were mainly the work of Muslim rulers. British colonizers repealed these laws to enable Christian missionaries to evangelize in the subcontinent. After the revolt of 1857, blasphemy laws made a comeback in the 1860 Indian Penal Code. Section 295 still gives protection to worship places, scriptures and personages of all religions of India. Later in 1927, two Sections 295 (A) and (B) were inserted, which prescribed punishment for outraging religious feelings of any class or religious group with deliberate and malicious intentions. Pakistan and Bangladesh inherited this penal code, and blasphemy laws live on in all three children of British India.

Over the last few decades, Pakistan has experienced a strong wave of Islamization. Its constitution has been amended and its judiciary has turned more fanatical. As a result, Pakistan has taken the lead in instituting some of the strictest blasphemy laws among all Muslim-majority states. An amendment was introduced to 295 (B) of its penal code in 1982 that extended penalty options to include life imprisonment. In 1986, an amendment inserted Section 295 (C) that makes defamation against Prophet Muhammad punishable by death. In 1992, a judgment of the Federal Shariat Court made the death sentence the only punishment for blasphemy.

Yet blasphemy laws are not a South Asian monopoly. As per a 2014 Pew Research Center report, over a quarter of the world’s countries and territories, 26% to be precise, had anti-blasphemy laws or policies, and that more than one in ten (13%) nations had laws or policies penalizing apostasy. The report found that “the legal punishments for such transgressions vary from fines to death.”

As of 2014, there were 50 countries around the world outlawing blasphemy. Thirty out of those countries had a majority Muslim population. As expected, theocracies like Saudi Arabia were part of this list, but more surprising were the names of countries supposed to be modern, such as Turkey, Egypt, Malaysia, Pakistan and Indonesia. To top it all, the Organization of Islamic Countries (OIC), which is based in Saudi Arabia, has been campaigning for a global blasphemy law to ostensibly protect Muslims from what it calls Islamophobia.

The reality is that blasphemy laws cause great injustice to some of the greatest Muslim minds. The famous Egyptian poet Fatima Naut has been facing a three-year blasphemy sentence for criticizing the slaughter of animals on Eid al-Adha, an Islamic festival. In Malaysia, a man was charged with blasphemy simply because he posed questions to his religious teacher. And, of course, we cannot forget the brutal lynching of an Afghan woman who argued with a cleric “about his practice of selling charms to women at a shrine.” The killing of Mashal Khan within a university precinct in Pakistan is too fresh in memory.

There is no dearth of examples. Take that of Jakarta’s governor, popularly called Ahok, who was given a two-year jail term on charges of blasphemy. In fact, blasphemy charges have risen steadily in Indonesia over the last decade and have a nearly 100% conviction rate. It is a similar situation in Egypt where blasphemy accusations have risen manifold since the ouster of Hosni Mubarak in 2011 and, like Pakistan, have been used “as a form of anti-minority oppression.” Even Bangladesh has seen deadly marches in favor of a more stringent blasphemy law.

Blasphemy laws are meant to protect Muslims. However, it would not be an overstatement to say that these laws have targeted those at the margins of their respective Muslim societies instead of protecting ordinary people.

BLASPHEMY AND THE QURAN

As per the Quran, blasphemy is a serious offense against God, but no earthly legal penalty is ever mentioned in the holy book. Rather, it emphasizes that God will ultimately punish blasphemers, though not through any human law. The Quran tells the Prophet Muhammad directly that it is foolish to expect everyone to follow him, as only God knows who will find guidance and that humans, including messengers of God, have no ability to control this.

As per the Quran, “the life of this world is nothing but play and amusement.” The pious, the polytheists and the wrongdoers are all to be punished by God in the hereafter. In fact, God asks Prophet Muhammad to be patient with al-jahilun (the ignorant). It is God who has the right to punish disbelievers, not the prophet. This punishment is reserved for the afterlife, not this life.

Given the lack of any mention of earthly punishment at all for this crime in the Quran, how can traditional Islamic law justify punishing blasphemy with death? The answer is that traditional Islamic law is not derived only from the Quran, but also from the prophetic practice or sunnah, which is established by the hadith, the sayings of the Prophet Muhammad. A narrative of prophetic actions, and hence of sunnah, can also be derived from the sirah, the biographies of the Prophet.

As Islamic jurisprudence developed over the centuries, much was added to the spirit of the Quran, based often on dubious reports about the words and deeds of the prophet. Blasphemy, and in particular the crime of “insulting the prophet,” gradually became a capital offense. Yet this happened despite objections from prominent jurists like Abu Hanifa, the eighth-century founder of one of the four main schools of Sunni thought. He argued that a bigger sin than insulting the prophet is disbelief in God, but Islam decrees no punishment for that.

Today, Pakistani liberals, most of whom are faithful Muslims, refer to such sources in the Islamic tradition to argue against blasphemy laws. They are right. Those laws should be abandoned — in Pakistan and elsewhere — on Islamic grounds alone.

There is also another important point. The Quran conceives of an omnipotent and omnipresent God. The logical implication of this point is that God cannot be harmed even a jot. Therefore, blasphemy laws are not required for God’s protection.

Blasphemy laws prevent one of the world’s major religions from reconciling with modernity. This issue goes much deeper than irreverent cartoons, which have received much media attention. It includes controversy over Pope Benedict XVI’s erudite speech at Regensburg University to an academic audience. This speech caused international uproar, triggered riots, many killings and even the murder of a nun. Even more significantly, Muslims themselves who express liberal ideas can be killed or intimidated, even in the West.

A good example of a Muslim who has suffered because of anti-blasphemy laws is Raif Badawi of Saudi Arabia. He wrote a blog post arguing that clerics should not have a monopoly on the truth. For this, he was sentenced to 10 years in prison and 1,000 lashes in 2012. In Iran, Ayatollah Hossein Kazemeyni Boroujerdi said something similar, and he is now rotting away in Evin Prison. His real crime was not blasphemy, but opposing political Islam and clerical rule. There are plenty of other examples from Iran, which beats Pakistan to gain top position in blasphemy laws. The country has decreed an entire religious minority, the Baha’i, blasphemous. The Baha’i are afforded no protections for their life or their property under the Iranian Constitution. They are true second-class citizens.

The best people who can address blasphemy laws are Muslim theologians and religious leaders. They are aware of the traditions of the Prophet Muhammad himself. People insulted the prophet personally. They threw trash at his home and called him all sorts of names. Yet the he did not execute or imprison them. He demonstrated that the message of Islam is spread through compassion, not through punishing people who disagree with you.

In 2019, it is time that Muslim theologians, religious leaders and intellectuals help their societies understand that blasphemy laws serve not the honor of Islam, but much more mundane interests. They help the powerful persecute non-Muslim minorities out of greed or jealousy, and silence Muslims themselves who criticize or challenge the powers that be. Importantly, they have no basis in the Quran.

All Muslims of good faith should stand up more forcefully for people like Asia Bibi, who was falsely accused of blasphemy. Also, they should tolerate those who really do blaspheme and “not sit with them” as the Quran itself counsels. Muslim societies must simultaneously return to their roots and embrace modernity by repealing irreligious and unjust blasphemy laws.

Till then, let peace be upon us all. 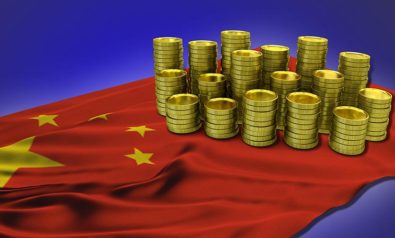 Sri Lankans Are Waiting for Answers 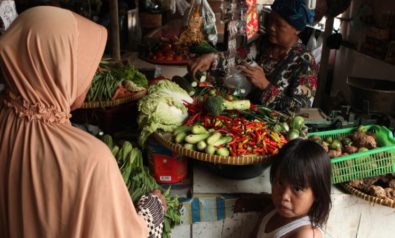 Asian-African Summits Are Not a Waste of Time