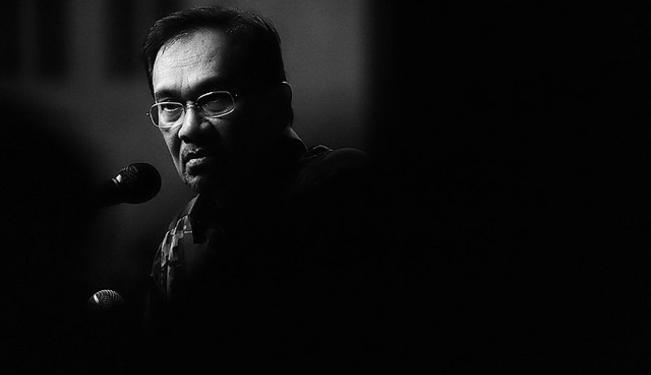 The Malaysian High Court’s verdict to acquit Anwar Ibrahim of the sodomy charge is both a setback and a boon for Prime Minister Najib Tun Razak. While Najib’s reformist credentials will be boosted, his political fortune may come under pressure. What will he do next?

On 9 January in the new year, the High Court in Kuala Lumpur stunned Malaysians by acquitting Opposition leader Anwar Ibrahim of the charge of sodomy. It was the second time he had survived such an imbroglio since 1998 – which he had similarly dismissed as a conspiracy to snuff him out politically, but for which he got a jail sentence that was later overturned.

Six months earlier in July, Prime Minister Najib Tun Razak and Indonesian Muslim leader Amien Rais apparently had a private meeting in a third country to chat about the Anwar case. Amien had expressed his brotherly concern to Najib, citing how the political conflict within the Malay leadership was undermining the credibility of Malaysia as a country which the Muslim world looked up to. Amien apparently also asked whether Najib could withdraw the charge so that the Malay community could move on with their lives without being saddled by the conflict.

Najib predictably told Amien that he could not do as requested as he had no power over the judiciary. Besides, Najib was believed to have said, the case had nothing to do with him. He also apparently told Amien that if anything could be done to resolve the Anwar matter, it would be at the appeal stage – presumably if Anwar was found guilty.

The surprise verdict of the High Court has lent support to Najib’s contention to Amien Rais about the independence of the judiciary. Indeed, at face value, the acquittal of Anwar would be a setback to Najib’s political position.

A free Anwar would certainly be a grave threat to the electoral prospects of the ruling Barisan Nasional (BN) coalition led by Najib, who is president of Malaysia’s dominant party, UMNO. Before the verdict, it had been widely thought to be a foregone conclusion that Anwar would be found guilty as charged and put away before the coming general election – reflecting the generally low confidence the Malaysian public had in the judiciary. So what does the verdict mean for Malaysian politics, especially for Prime Minister Najib and Anwar himself?

There has been much speculation about the timing of the coming general election, the 13th since independence. The question now is whether Anwar’s freedom will speed up or delay Najib’s plan for the GE. While it must be called by 2013, there has been talk that Najib was leaning towards a snap poll soon after the Lunar New Year next week (23-24 Jan). Apparently, Najib had also told Amien Rais that he was unsure how he would perform at the coming polls, rating his chances as “50/50”. In so doing, Najib was either astutely expressing humility or being frank. Either way, it meant he was unlikely to call a GE as early as March, or even by June this year as some are expecting.

This uncertainty was echoed later when he told the Wall Street Journal in mid-January that “we still have not delivered on our promises” – referring to the various reforms on the administrative, economic and political fronts that he had announced since taking over the premiership in 2009. In other words, Najib is mindful of his reformist credentials. Which means a judiciary that demonstrates its independence would be consistent with his promise of reforming Malaysian politics and governance as demanded by the electorate. To that end, the verdict by the High Court worked in Najib’s favour.

Anwar’s walking free also means a fresh and important reason for a later GE as this would give Najib more time to fulfill his electoral promises and strengthen UMNO and the BN. He needs to stave off any serious challenge from an Anwar – led opposition whose morale has been revitalised by the verdict.

Najib has so far done a good job positioning himself as a competent leader. Although he has his fair share of criticism, he has a vision for the country under his premiership as well as a roadmap to get there. But he faces an uphill task nonetheless when it comes to fighting the political battle. Unlike his predecessors, Najib has to meet the psychologically daunting expectation of winning back the BN’s two-thirds majority in Parliament that Abdullah Ahmad Badawi lost in the 2008 elections.

Najib knows that should he fail to do so, the UMNO knives will be out and he could face the same fate as Abdullah – forced discreetly to step down by the party hardliners. Another expectation on him will be winning back Selangor state, where he is UMNO’s liaison chairman. Wresting back Selangor would be his saving grace should he fail to win back the two-thirds majority in the federal parliament. His sympathisers can argue that at least he has won back the richest state in the country, one of five that fell to the Opposition in 2008.

In anticipation of Najib going all out to recapture Selangor, the Opposition-held state had appointed Anwar as its economic adviser. Anwar’s freedom will make it harder for Najib to achieve his goal, even though Anwar’s Opposition ally, the Islamist party PAS, is facing dissension in its ranks in that state.

Should Najib come under pressure from UMNO hardliners to rein in Anwar, there will be a push for an appeal against the High Court’s acquittal verdict. A prosecution appeal will revive the saga and risk public ire because of their fatigue over the issue. That could end up either with Anwar going back to jail – or it backfiring on UMNO as the Malaysian public feel further alienated by what they see as a seemingly endless victimisation of a political adversary.

So will Najib stay at ground level and succumb to the hardliners, or will he rise up above the fray, be the emergent reformer and pursue a shake-up of the political system and its politics? Eventually, as he said, the judgment call is his to make.

*[This article was originally published by RSIS on January 9, 2012].