At the end of April, a conflict over water escalated into the most serious border clashes between Kyrgyzstan and Tajikistan since their independence from the Soviet Union. By May, 36 deaths had been reported on the Kyrgyz and 19 on the Tajik side, with more than 270 injured and dozens of homes destroyed.

This was not the first outbreak of armed violence in the contested territories of the Fergana Valley, whose densely populated oases depend on scarce water sources for irrigation. The administrative boundaries in this multiethnic area were drawn during Soviet times and have been disputed ever since. When the former Soviet republics of Uzbekistan, Kyrgyzstan and Tajikistan gained independence in 1991, delimitation of what were now international borders became a major issue and is still the subject of negotiations.

Almost half of the 970-kilometer Tajik-Kyrgyz border remains contested, with large sections neither demarcated nor controlled by posts. It is here, in the mountains between Batken in Kyrgyzstan and Isfara in Tajikistan, that the most recent violence occurred. Although the Kyrgyz and Tajiks have coexisted for generations here, population growth and increasing scarcity of arable land and water have raised tensions, resulting in occasional violence between the inhabitants of the border zone.

This time, the bone of contention was the installation by Tajik workers of a surveillance camera at a joint water supply station situated on Kyrgyz territory to monitor the distribution of water between the two sides. The distribution is governed by bilateral agreements, but the Tajiks apparently believed that the Kyrgyz were exceeding their allocation. While Kyrgyzstan had earlier installed its own camera at that water station, the Tajik move was perceived to be a provocation, and a Kyrgyz local official, accompanied by law enforcement and an angry crowd, demanded the removal of the Tajik camera. The situation quickly escalated to involve more than a hundred participants on each side, with border guards using hunting rifles, handguns and, by some accounts, even light military weapons, including mortars.

A similar but much smaller incident occurred in September 2019 as clashes claiming lives on both sides have become frequent over the past decade. The drivers of violence are mostly economic in nature, revolving around the distribution of local natural resources. This time, a truce was agreed on the evening of April 29 and eventually stopped the fighting that had spread further to border villages as far as 70 kilometers from the initial incident.

While each side blames the other for starting it, the violence does not seem to have happened by accident. In February, amidst fresh complaints about Tajiks illegally using land belonging to Kyrgyzstan, Kyrgyz activists demanded that the newly elected President Sapar Japarov, who espouses nationalist and populist positions, take up the border issue. Shortly afterward, in late March, Kamchybek Tashiev, the chairman of Kyrgyzstan’s State Committee for National Security, proposed an exchange of territory involving the densely populated Tajik exclave of Vorukh. The offer was castigated by former Tajik Foreign Minister Hamroxon Zarifi, with officials and commentators on both sides insulting each other on social media and other outlets.

A few days later, Kyrgyzstan held military exercises in its Batken region, involving as many as 2,000 soldiers, 100 tanks and armored personnel carriers; around 20 units of self-propelled artillery were also involved in the drill. On April 9, Tajik President Emomali Rahmon paid a demonstrative visit to Vorukh and declared that exchanging the exclave for contiguous territory was out of the question.

Given this background of tensions, a heightened state of alert and military deployment on the Tajik side of the border would be expected in response to the Kyrgyz land swap proposal and the subsequent military exercise. It certainly testifies to deeply entrenched mistrust on the Tajik side. The same mistrust and suspicion characterize the Kyrgyz narrative that the recent incident was planned and that the Tajik president is heading for war with Kyrgyzstan in order to distract his nation from the ever-worsening economic situation.

The two sides have now announced that they will negotiate the demarcation of a 112-kilometer section of the border, although the details remain unclear. Given the conflicting interests and strong emotions attached to the border issue, new clashes can flare up at any moment. External actors have little influence and, as things stand, a lasting solution is a remote prospect. Efforts should therefore concentrate on confidence-building along two axes: humanitarian engagement involving NGOs and Kyrgyz and Tajik communities in the border areas, and strengthening existing early-warning mechanisms to help the two governments prevent future escalations.

The conflict early-warning framework of the Organisation for Security and Cooperation in Europe (OSCE) could be employed in coordination with the two governments. The EU and UN could also contribute by training local officials in conflict resolution and crisis response. Local police should have rapid response teams ready to intervene to stop local clashes. Last but not least, the United Nations in particular should work toward resolving the underlying water resource conflict by helping establish a fair distribution accepted by both sides. 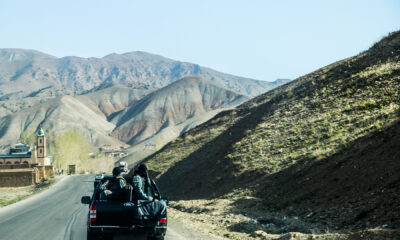 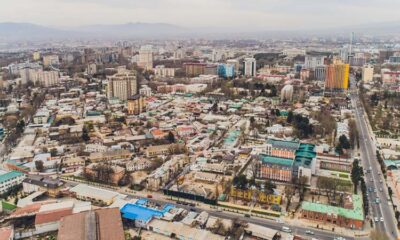 In Tajikistan, It’s Someone Else’s Virus