In Afghanistan, political pundits are putting pressure on the public instead of the government.

Since 2014, when the highly suspect election process saw the formation of the Afghan National Unity Government (NUG), the media has become a battleground for the opposing political camps of President Mohammad Ashraf Ghani and Chief Executive Abdullah Abdullah.

On February 5, 2018, Al Jazeera published an article in which Eisa Khan Ayoobi, former policy adviser to the Afghan Ministry of Foreign Affairs, mercilessly criticized President Ghani’s performance as the undisputed head of state and his failure to deliver on campaign promises. The subject matter of his critical review was, inter alia, issuing electronic IDs, tackling unemployment, improving security and bridging the historical divide between all ethnic groups. Although his arguments were not unfounded, Ayoobi’s selective approach left room for Ghani’s supporters to challenge his stance.

One such die-hard supporter is Ajmal Shams, a deputy minister in the NUG and Ghani’s former adviser. Also at Al Jazeera, Shams not only refuted Ayoobi’s claims, but defended President Ghani as “a unifying force working to bring the divided Afghan society together.” Shams was referring to Ghani’s agreement to form the NUG with his campaign-time political rival Abdullah Abdullah.

Regardless of the authors’ views on successes and failures of the NUG and their favorite characters at its helm, both of them have employed a selective approach to present their arguments. In this war of words, Shams’ conduct is particularly questionable as his choice of words seems to be directed by personal interest and bias.

The subject of constitutionality of the Office of the Chief Executive speaks for its own importance and is open for debate. However, Shams’ choice of words — such as “allegations of irregularities” instead of “election fraud and ballot box stuffing” in the election process, “UN-sponsored audit declared Ashraf Ghani as the legitimate winner of the election,” and “the Pashtun majority, who overwhelmingly voted for Ghani” — are definitely inconsiderate and untruthful. In his defense of President Ghani, Shams has contradicted himself.

Let’s take a moment to break down some of Shams’ arguments and cross-check his statistics with facts and reasonable doubts.

On May 15, 2014, the United Nations welcomed the release of the first round of election results, in which Abdullah received 45% and Ghani 31.6% of the votes. The Independent Election Commission (IEC) had set June 14 as the date for the second round between the two finalists. Following the run-off poll, distrust fell on the IEC when, on election day, Zia ul-Haq Amarkhail, the IEC secretary, was caught red-handed carrying blank ballots to an unknown destination. This incident unleashed a wave of objections and criticism leading to the impasse and subsequent formation of the National Unity Government.

In a meeting on September 18, 2014, the UN Security Council addressed the impasse over the election results, and Jan Kubis, special representative of the secretary general for Afghanistan, stated that “significant levels of fraud had been detected” by independent auditors. Furthermore, Zahir Tanin, Afghanistan’s ambassador to the UN at the time, asserted that the political breakdown was the result of a “protracted, complex and at times messy electoral process.”

Happy as he may be to call it “allegations of irregularities” instead of outright “fraud,” Shams ardently obscures the truth. Moreover, Shams argues that the credit for breaking the deadlock goes solely to President Ghani who, despite “his victory” in the run-off elections, agreed to share power with his rival. In order to justify his claims, he seems to have deliberately ignored the fact that the decision to form the NUG was supported by both camps not only to come out of the stalemate, but also to change Afghanistan’s political system.

It is an undeniable fact that the 2004 constitution divests kingly powers to the president, and the newly-created position of prime minister was to check and balance those powers. The creation of Office of the Chief Executive was not an act of generosity and humbleness from the Ghani camp. Further to Shams’ dismay, the decision to form the NUG was the result of a backroom deal long before the IEC announced Ghani as the winner. The commission did not even bother to publish the tallies and voter turnout.

Shams’ assertion that the “Pashtun majority, who overwhelmingly voted” for Ashraf Ghani and helped him win the run-off election irks the reader. In this effort, he not only tries to misrepresent Afghanistan’s demographic data, but also seems to suggest that all Pashtuns showed up en masse at voting centers. One is at least perplexed, if not infuriated, by his statistics. Here are two very basic reasons why he is biased.

First, the one and only time Afghanistan had conducted a census survey was in the 1970s, and ever since then reliable demographic data is hard to come by. So, the question is where did Shams get his data on “Pashtun majority” from?

Realities on the Ground

Shams would do well to study any history book on Afghanistan to get his facts right. No Pashtun-dominated government has ever willingly shared power with non-Pashtun ethnicities, and that attitude still prevails. It seems that Shams is deeply convinced that one ethnic group is forever destined to sociopolitical supremacy in Afghanistan.

His willful ignorance disregards the realities on the ground and downplays the fact that the current crisis at which Afghanistan has arrived, resulting in the general misfortune of the people, is the outcome of an unjust political system — the foundations of which were laid in the 2004 constitution that gave the president unchecked power and a fraudulent election in the same year.

More importantly, since the fall of the Taliban in 2001, the interlacing of the media with sociopolitical subjects was meant, like the rest of the democratic world, to play a key role in amplifying public unease about government policies. However, since the 2014 elections, opposing camps inside the NUG and across the country have extensively used media to shape public perceptions as well as justify their actions. This has created a false sense of political debate that only serves to obfuscate the facts.

Unfortunately, media outlets in Afghanistan have increasingly assumed a reverse role: By staking their independence and impartiality in contemporary politics, many have turned into institutions that put pressure on the public instead of the government. 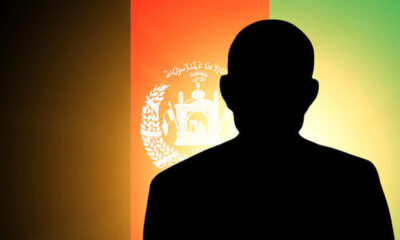 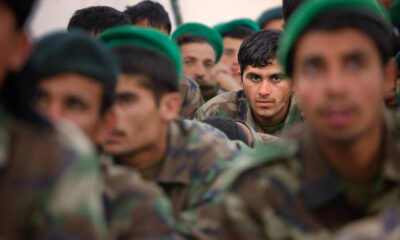