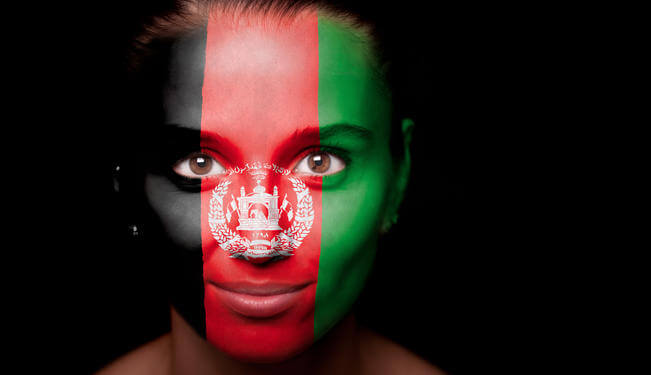 Eventually, democracy will take on a unique tailor-made character for Afghanistan.

The upcoming months hold several changes for Afghanistan. They can be categorized under politics, security and economics, with implications for both country and region. This article assesses the political aspects of the transition, and answers the following questions: What are the potential trends that can be expected in Afghanistan? Will the elections be free, fair and inclusive? And how stable will the Afghan parliament be after the vote?

Ethnic identities play a huge role in the social and political governance of Afghanistan. Hence, with an election in this country — where there are seven major ethnic groups and many other ethnicities that collectively make up a considerable chunk of the population — dominance by one ethnic group on another in the overall national governance is not viable. Although ethnic groups in Afghanistan will team up to fight outsiders, the infighting among them in the absence of an external threat/enemy is a well-known fact.

Afghan identity politics is somewhat similar to that of India's, where every group has to be substantially represented. The upcoming presidential election in Afghanistan, therefore, is a manifestation of how well this reality is understood among those in the country and those aspiring to govern the nation.

All presidential candidates have chosen their two potential vice presidents  from different ethnic backgrounds. While, interestingly, all the presidential candidates are Pashtuns, the running mates all come from varied backgrounds. This essentially means there cannot be any region that can be completely in favor of one candidate alone. Votes from every region will be split between different candidates, given the diversity in the choice of running mates — who hold sway on regions.

Consequently, predicting the outcome of the polls is not an easy task. However, given the attrition rate among the presidential candidates, the latest withdrawal being from former Afghan Defense Minister General Abdul Rahim Wardak, it is likely that the April 5 election will lead to a run-off and the final results will not be out until May.

Among the leading candidates, technocrat Ashraf Ghani has good prospects of winning. Although one of his running mates is former warlord Abdul Rashid Dostum, his leadership abilities and track record with his roles in governance structures posit him a likely winner, and a worthy leader the country needs today. Furthermore, Ghani's campaign is based on detailed plans to weed out corruption and nepotism, bringing in a culture of accountability to the Afghan government.

However, Afghans are well-aware of what their nation needs, and it is they who will decide what kind of leadership they want for Afghanistan. It is best not to tell them what to do or whom to vote for.

That does not discount the delicacy of this particular election for the future of the country. Whether the elections will be free, fair and inclusive cannot be answered in a simple yes or no. While there will be efforts to keep the polls free, fair and inclusive, the lack of the necessary level of capacity will mean there will be foul play at all levels. However, the chances of foul play on the scale of the presidential elections in 2009 might not be the case.

Given the delicate security situation in Afghanistan, especially in the south, some challenges can be expected on election day. The inability of security forces to provide optimum and adequate protection to voters as well as the polling booths could lead to instances of ballot-stuffing, and/or the subsequent but mostly unintentional denial of legitimate voting rights to the Pashtun ethnic groups residing in the region. This could lead to some tensions.

Indeed, the level of stability in the Afghan parliament can be assessed only after the results of the presidential elections are out.

At present, in most cases, it is the politicians who are identified with and not the political party itself. But that is not necessarily a bad thing. These representations, identifications and discourses over politicians and their agendas — and the evolution of the new form of politics in the country — are taking place in an organic manner, which epitomize some of the very principles that define democracy.

Hope for Afghanistan lies in the very fact that the practices of discourse and debate are becoming a common thing among citizens. The televised presidential debates, where candidates running for office shared the same stage and addressed Afghans on their positions over several pressing issues, are a sign of healthy progress. Change cannot be expected immediately, or in as short a span as a decade.

However, Afghanistan has undergone rapid transformation, and applying pressure on the nation to change at a pace higher than what it can perform at is not advisable.

Of course, ethnic politics and alliances between several factions have the potential to frustrate the democratization process, given that historically, Afghanistan has found ethnic allegiances more dependable; but it is too early and cynical to assume that this particular election will be doomed. Skepticism, not cynicism would be preferable, if anything.

As far as democracy as a concept is concerned, a lot of evolution still remains to be achieved in Afghanistan. While of course the basic principles will remain the same, eventually, the ideology of democracy will take on a unique tailor-made character for the country, as it does in most cases.

It would be wise to stay calm and patient and, of course, prepare for all potential scenarios that can become a reality.

*[This article was originally published by the Institute of Peace and Conflict Studies, New Delhi.]