Sino-US relations have been a marriage of mutual economic convenience that worked rather well for both countries for several decades. What is commonly referred to as “Chimerica” — where China produces products and purchases American treasury bonds, and the US purchases Chinese products and derives fiscal stability as a result of Beijing’s purchase of a large percentage of those bonds — has resulted in shared prosperity and strength.

The two countries did not create the world’s most important economic relationship easily or quickly. It was the result of painstaking diplomacy over many decades, a decision to proceed on the basis of mutual trust and a willingness to take a chance on each other.

At issue is a blurring of the lines between commercial and national interest, subsidies and protectionism, dual-use technologies, foreign policy, deal-making, political ideology, morality, and either disdain for, or an embrace of, the international rules-based order. The outcome of this pivot point in the two countries’ relationship will set the stage for which of them will dominate parts of the global economic and political landscape in the decades to come.

A Gift to China

In some ways, Donald Trump’s election in the US was a gift to the Chinese. Consider that by withdrawing America from the Trans-Pacific Partnership (TPP) in 2017, Trump opened the door for China to expand its trade relationship with the remaining TPP members — which it did. Similarly, the imposition of trade tariffs forced China to modify its supply chains and consumption patterns, find alternative markets for some of its goods, modify some of its own tariffs being applied to other countries, and reevaluate its trading relationships more generally. From a long-term perspective, that was a good thing for Beijing.

The truth is that the US has winked and nodded as China gradually stepped onto the world stage, pausing occasionally as distasteful events have blown over, such as Tiananmen Square in 1989, the Taiwan Strait crisis of 1996 and the spy plane standoff in 2001. Yet in doing so, America has been complicit in nurturing China’s rise and only has itself to blame for waiting until 2018 to say “enough.”

America vs. China: An Ideological Choice

The trade war is the best thing that could have happened to China. In essence, it got away with its intellectual property theft, cyber intrusions and grossly unbalanced trading relationship with the US and a great many other countries for a couple of decades. It had enough time to build itself into an economic powerhouse and give most of its citizens time to graduate to middle-class status so that it could transition from being a poor nation that copied other countries’ technologies to a wealthier nation that is quickly becoming capable of beating much of the rest of the world at its own game.

While the US is busy focusing on the next quarter for business, the next year from an accounting or tax perspective, the next two years in anticipation of the coming state or national election, or the next four years for a presidential election, China is busy thinking about the next five, 10 or even 30 years down the road. Its Made in China 2025 strategy was created in 2015, its New Generation Artificial Intelligence Development Plan, targeting 2030, was launched in 2017, and President Xi Jinping’s plan to make China a superpower by 2050 was announced the same year. To China’s credit, it has had a forward-looking orientation for many decades, and it has paid off.

What the US is seeking via the imposition of such sweeping trade tariffs is fair and equal treatment — no more and no less. That should include access to the Chinese market more generally. Plenty of US companies — technology companies in particular — have either been barred or severely constrained from operating in China. America should apply the same restrictions to Chinese firms. Wherever restrictions have been placed on American firms, reciprocal treatment should be applied to Chinese firms in America.

To out-think Beijing, the US will need to adopt the same type of long-term, forward-leaning, visionary planning that the Communist Party conducts on a routine basis. To out-maneuver and out-partner Beijing, Washington will need to strengthen, and in some cases rebuild, its alliances (presumably after Trump leaves office). As it continues to strengthen and modernize its military, the US will need to revisit the extent to which it is willing to, and can actually deliver on, its security guarantees around the world.

To out-partner Beijing, the US will need to do a much better job at maintaining its existing alliances and begin to reengage in cooperative action on a mass scale. And to out-innovate Beijing, the US must determine a sensible, realistic policy direction, identify what is required to achieve it and devote the resources necessary to move swiftly.

While it may not generally be perceived as a responsible stakeholder in the system, China has demonstrated a willingness and ability to contribute meaningfully and responsibly to international initiatives — whether global peacekeeping or rescue operations or climate change diplomacy — where mutual interests converge. It is, if you will, a form of competitive cooperation.

Sino-US relations will remain the world’s most important bilateral relationship for many years to come, with implications for the entire world. The people of both nations have much more to gain by maintaining a friendly and cooperative relationship with each other rather than the other way around. It will clearly take a great degree of wisdom, an appreciation of history and a willingness by all sides to compromise to maintain mutual peace and prosperity.

With China the ascendant power and the US in gradual decline, Xi has little real incentive to change the Chinese playbook on a wholesale basis. That means that the US should reset its expectations about future Chinese behavior. The modern trading system does not and cannot prevent China’s state-owned enterprises from blurring the line between commercial interests and national interest. Chinese government funds subsidize and protect Chinese companies as they purchase dual-use technology or distort international markets.

To effectively counter more of the same from China in the future, the US needs a strategy, not merely tactics. When America competes with China as a guardian of a rules-based order, it starts from a position of strength. That is the only way Beijing may become incentivized to modify its behavior.

*[Daniel Wagner is CEO of Country Risk Solutions. This article is an excerpt from his new book, “The America-China Divide.”] 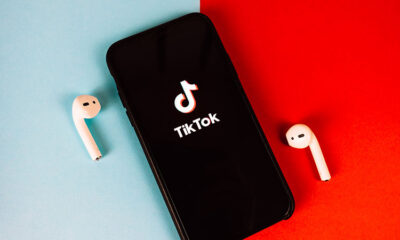 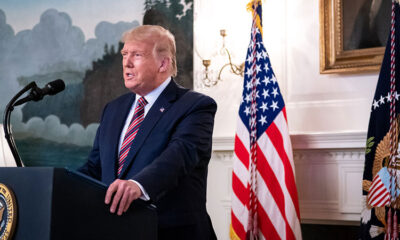 Taking American Carnage to the Next Level