Fifty years after independence, one of the smallest but wealthiest nations has again reached a crucial moment in time.

A mixture of a land and sea creature, the Merlion is a strange icon for a former colony to adopt. The Merlion, which was developed by the Singapore Tourism Board in 1964, today appears to have lacked the prepossessing stance of other national icons that stem from that era.

Nonetheless, similar to the city state it represents, the Merlion stands for an economic success story: Until today, it is Singapore’s number one icon and continues to feature prominently in tourism advertisements and souvenirs. Like Singapore, the Merlion, which is based on a Southeast Asian mythical figure of a sea lion, seems to have come to life at the right place and the right time, emanating an appeal that caters to the exotic interests of Western audiences, by combining two worlds.

A Short History of Singapore

Fifty years ago, on August 9, 1965, when Singapore became an independent nation-state, its future was bleak. In the centuries prior, the island had experienced many changes in ownership—a state of flux that came to a halt when the Straits Settlements that included Singapore became a British crown colony in 1867. With the opening of the Suez Canal route for steamships in 1869, the island’s relevance for the British Empire’s trade increased again.

Until World War II, Singapore steadily prospered—a development that was only halted when Japanese troops conquered Malaysia and then Singapore in 1942. During the war, the island that had been renamed by the Japanese to Seonan (Light of the South) suffered drastically. But as in other colonies, demands for self-rule became stronger during the ensuing Japanese occupation. Thus, after the surrender of Japan, the returning British colonial rulers were faced with growing resistance. Consequently, after a process of gradually expanding self-rule, Singapore became independent in 1965.

Sent by the United Nations in 1960, Dutch economist Albert Winsemius used the words, “this poor little market in a dark corner of Asia” to describe the state of the city. At the time, he was not the only one to underestimate the small nation’s potential.

Fast-forward five decades, and Singapore has the world’s seventh largest gross domestic product (GDP) and more millionaires per capita than any other nation. But how did a city state of less than 750 square kilometers develop “from third world to first”?

There are three reasons that are often cited to explain the Singapore story. First, the state has an ideal location with its natural harbor at the Malacca Strait, through which about 40% of world maritime trade is channeled. This has made the island the ideal trading post. Second, Singapore has a culture of welcoming foreign trade and investment. Finally, the East Asian mentality and values of hard-work and discipline have allowed Singapore to not only survive, but thrive.

The latter argument, which sparked heated discussions in the 1990s during the Asian value debates, can be disputed. It is, however, clear that not only were systemic factors responsible for the rise of Singapore, but also the individual prowess of leading figures who were able to see the windows of opportunity.

Lee Kwan Yew, Singapore’s first prime minister, managed to keep the city state’s government small and efficient for decades. In his opinion, the island had to overcome the huge defect of its vulnerability in a potentially hostile environment due to its small size. Originally, he and the People’s Action Party (PAP) had planned to stay in a union with Malaysia, working as the country’s gate to the world, while profiting from the rich natural resources of the Malaysian hinterland.

When that option was gone, Singapore had to find new ways of defining itself. Some argue that the steep economic development would not have been possible without the introduction of a strict authoritarian style of government that only allowed for a small measure of open dissent. Singapore’s political elite, therefore, accepted a tradeoff and embarked on an economic success story, gaining decades of political stability at the loss of individual rights and freedoms. Others disagree with this theory, calling it a Eurocentric myth.

Whether one acknowledges the tradeoff theory or not, the laws of Singapore are widely counted among the strictest in the world. Today, this wall the Singaporean government has built around its citizens is beginning to show cracks. Yes, the state features the highest number of millionaires per capita in the world, and yes, its economy is growing. But benefits do not seem to reach all social classes and, as a consequence, the gap between the superrich and the middle-class is widening.

Therefore, though at very different conditions, Singapore is experiencing a similar phenomenon as China, where the primary argument for the political elite to limit individual freedoms rests on a formula of economic development, while the question over the distribution of wealth is becoming ever more pressing.

If this plan fails, Singapore’s social glue could lose its adhesion, as the many challenges that have been there from the start—including ethnic and religious diversity and the Singaporean feeling of living in a Golden Cage due to the strict rules and limited perspectives—could lead to internal divisions.

How Singapore deals with these challenges is of great interest to a host of nations. Singapore might even set an example.

Maybe the solution lies within Singaporean society itself. Contrary to the democratic development model that equates authoritarian societies with a state of standstill, throughout its history, it was innovation and flexibility that secured the survival of Singapore.

Whatever one’s opinion on the abovementioned tradeoff between democratic rights and economic success, if one puts development first, Singapore sets a perfect example for having done things differently than the thriving West, but with a comparable level of economic success. In Singapore, there are signs that even now in a thoroughly monitored society, innovation is thriving. For instance, a decade ago, young Singaporeans were not interested in starting their own company. Today, the state ranks high in entrepreneurial statistics.

Furthermore, although it is a tender breeze compared to the strong winds of other nations’ political oppositions, open discussions about the PAP and its rule are increasing in number and are becoming less discreet. The most recent example for this development could be found in the 2015 general election where, contrary to expectations, the PAP won a landslide victory.

Representatives of civil society, such as bloggers, do not appear to have given up and seem determined to continue their struggle for more civil freedoms. Thus, it might well be young Singaporeans who, in the long-run, could prove to be the motor of innovation, as they hold the future in their own hands. 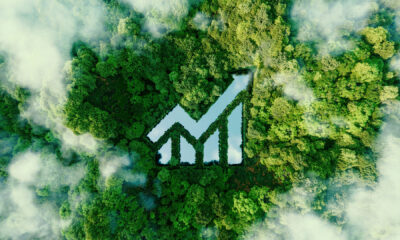 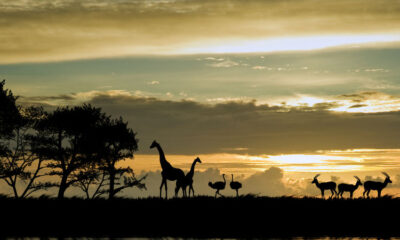