East Timor won its independence in 1999 with the blood and courage of its people. But the tiny democracy was then bullied by Australia, says John Pilger.

Secret documents found in the Australian National Archives provide a glimpse of how one of the greatest crimes of the 20th century was executed and covered up. They also help us understand how and for whom the world is run.

The documents refer to East Timor, now known as Timor-Leste, and were written by diplomats in the Australian Embassy in Jakarta. The date was November 1976, less than a year after the Indonesian dictator General Suharto seized the then-Portuguese colony on the island of Timor.

The terror that followed has few parallels; not even Pol Pot succeeded in killing, proportionally, as many Cambodians as Suharto and his fellow generals killed in East Timor. Out of a population of almost a million, up to a third were extinguished.

This was the second holocaust for which Suharto was responsible. A decade earlier, in 1965, Suharto wrested power in Indonesia in a bloodbath that took more than a million lives. The Central Intelligence Agency (CIA) reported: “In terms of numbers killed, the massacres rank as one of the worst mass murders of the 20th century.”

This was greeted in the Western press as “a gleam of light in Asia.” The BBC’s correspondent in Southeast Asia, Roland Challis, later described the cover-up of the massacres as a triumph of media complicity and silence; the “official line” was that Suharto had “saved” Indonesia from a communist takeover.

“Of course my British sources knew what the American plan was,” he told me. “There were bodies being washed up on the lawns of the British consulate in Surabaya, and British warships escorted a ship full of Indonesian troops, so that they could take part in this terrible holocaust. It was only much later that we learned that the American embassy was supplying [Suharto with] names and ticking them off as they were killed. There was a deal, you see. In establishing the Suharto regime, the involvement of the [US-dominated] International Monetary Fund and the World Bank were part of it. That was the deal.”

I have interviewed many of the survivors of 1965, including the acclaimed Indonesian novelist Pramoedya Ananta Toer, who bore witness to an epic of suffering “forgotten” in the West because Suharto was “our man.” A second holocaust in resource-rich East Timor, an undefended colony, was almost inevitable.

In 1994, I filmed clandestinely in Occupied East Timor; I found a land of crosses and unforgettable grief. In my film, Death of a Nation, there is a sequence shot on board an Australian aircraft flying over the Timor Sea. A party is in progress. Two men in suits are toasting each other in champagne. “This is a uniquely historical moment,” babbles one of them, “that is truly, uniquely historical.” 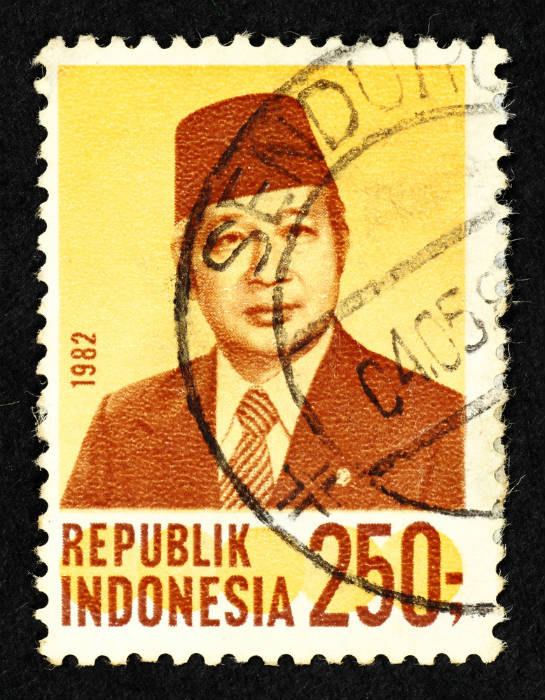 This is Australia’s foreign minister, Gareth Evans. The other man is Ali Alatas, the principal mouthpiece of Suharto. It is 1989 and they are making a symbolic flight to celebrate a piratical deal they called a “treaty.” This allowed Australia, the Suharto dictatorship and the international oil companies to divide the spoils of East Timor’s oil and gas resources.

Thanks to Evans, Australia’s then-Prime Minister Paul Keating—who regarded Suharto as a father figure—and a gang that ran Australia’s foreign policy establishment, the country distinguished itself as the only Western nation formally to recognize Suharto’s genocidal conquest. The prize, said Evans, was “zillions” of dollars.

Members of this gang reappeared the other day in documents found in the National Archives by two researchers from Monash University in Melbourne, Sara Niner and Kim McGrath. In their own handwriting, senior officials of the Department of Foreign Affairs mock reports of the rape, torture and execution of East Timorese by Indonesian troops. In scribbled annotations on a memorandum that refers to atrocities in a concentration camp, one diplomat wrote: “sounds like fun.” Another wrote: “sounds like the population are in raptures.”

Referring to a report by the Indonesian resistance, Fretilin, which describes Indonesia as an “impotent” invader, another diplomat sneered: “If ‘the enemy was impotent,’ as stated, how come they are daily raping the captured population? Or is the former a result of the latter?”

The documents, Niner says, are “vivid evidence of the lack of empathy and concern for human rights abuses in East Timor” in the Department of Foreign Affairs (DFA). “The archives reveal that this culture of cover-up is closely tied to the DFA’s need to recognise Indonesian sovereignty over East Timor so as to commence negotiations over the petroleum in the East Timor Sea.”

This was a conspiracy to steal East Timor’s oil and gas. In leaked diplomatic cables in August 1975, the Australian ambassador to Jakarta, Richard Woolcott, wrote to Canberra: “It would seem to me that the Department [of Minerals and Energy] might well have an interest in closing the present gap in the agreed sea border and this could be much more readily negotiated with Indonesia … than with Portugal or independent Portuguese Timor.” Woolcott revealed that he had been briefed on Indonesia’s secret plans for an invasion. He cabled Canberra that the government should “assist public understanding in Australia” to counter “criticism of Indonesia.”

In 1993, I interviewed C. Philip Liechty, a former senior CIA operations officer in the Jakarta embassy during the invasion of East Timor. He told me: “Suharto was given the green light [by the US] to do what he did. We supplied them with everything they needed [from] M16 rifles [to] US military logistical support … maybe 200,000 people, almost all of them non-combatants died. When the atrocities began to appear in the CIA reporting, the way they dealt with these was to cover them up as long as possible; and when they couldn’t be covered up any longer, they were reported in a watered-down, very generalized way, so that even our own sourcing was sabotaged.”

I asked Liechty what would have happened had someone spoken out. “Your career would end,” he replied. He said his interview with me was one way of making amends for “how badly I feel.” 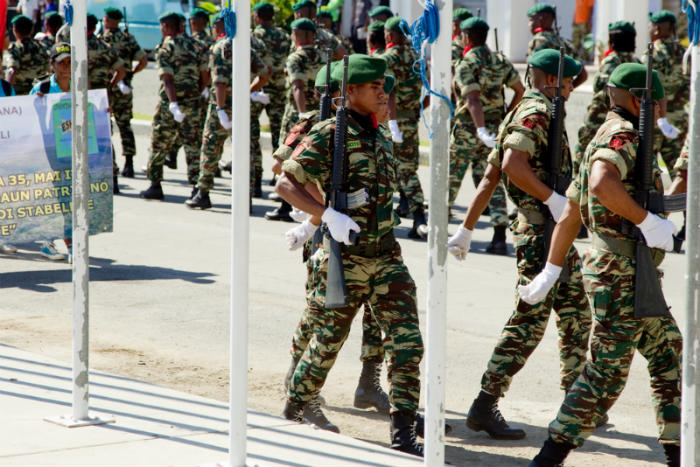 The gang in the Australian Embassy in Jakarta appear to suffer no such anguish. One of the scribblers on the documents, Cavan Hogue, told The Sydney Morning Herald: “It does look like my handwriting. If I made a comment like that, being the cynical bugger that I am, it would certainly have been in the spirit of irony and sarcasm. It’s about the [Fretilin] press release, not the Timorese.” Hogue said there were “atrocities on all sides.”

As one who reported and filmed the evidence of genocide, I find this last remark especially profane. The Fretilin “propaganda” he derides was accurate. The subsequent report of the United Nations (UN) on East Timor describes thousands of cases of summary execution and violence against women by Suharto’s Kopassus special forces, many of whom were trained in Australia. “Rape, sexual slavery and sexual violence were tools used as part of the campaign designed to inflict a deep experience of terror, powerlessness and hopelessness upon pro-independence supporters,” the UN says.

Cavan Hogue, the joker and “cynical bugger,” was promoted to senior ambassador and eventually retired on a generous pension. Richard Woolcott was made head of the Department of Foreign Affairs in Canberra and, in retirement, has lectured widely as a “respected diplomatic intellectual.”

Journalists watered at the Australian Embassy in Jakarta, notably those employed by Rupert Murdoch, who controls almost 70% of Australia’s capital city press. Murdoch’s correspondent in Indonesia was Patrick Walters, who reported that Jakarta’s “economic achievements” in East Timor were “impressive,” as was Jakarta’s “generous” development of the blood-soaked territory. As for the East Timorese resistance, it was “leaderless” and beaten. In any case, “no one was now arrested without proper legal procedures.”

In December 1993, one of Murdoch’s veteran retainers, Paul Kelly, then-editor-in-chief of The Australian, was appointed by Foreign Minister Evans to the Australia-Indonesia Institute, a body funded by the Australian government to promote the “common interests” of Canberra and the Suharto dictatorship. Kelly led a group of Australian newspaper editors to Jakarta for an audience with the mass murderer. There is a photograph of one of them bowing.

East Timor won its independence in 1999 with the blood and courage of its ordinary people. The tiny, fragile democracy was immediately subjected to a relentless campaign of bullying by the Australian government, which sought to maneuver it out of its legal ownership of the sea bed’s oil and gas revenue. To get its way, Australia refused to recognize the jurisdiction of the International Court of Justice and the Law of the Sea, and unilaterally changed the maritime boundary in its own favor.

In 2006, a deal was finally signed, mafia-style, largely on Australia’s terms. Soon afterward, Prime Minister Mari Alkitiri, a nationalist who had stood up to Canberra, was effectively deposed in what he called an “attempted coup” by “outsiders.” The Australian military, which had “peace-keeping” troops in East Timor, had trained his opponents.

In the 17 years since East Timor won its independence, the Australian government has taken nearly $5 billion in oil and gas revenue—money that belongs to its impoverished neighbor.

Australia has been called America’s “deputy sheriff” in the South Pacific. One man with the badge is Gareth Evans, the foreign minister filmed lifting his champagne glass to toast the theft of East Timor’s natural resources. Today, Evans is a lectern-trotting zealot promoting a brand of war-mongering known as “RTP,” or “Responsibility to Protect.” As co-chair of a New York-based “Global Center,” he runs a US-backed lobby group that urges the “international community” to attack countries where “the [UN] Security Council rejects a proposal or fails to deal with it in a reasonable time.” The man for the job, as the East Timorese might say. 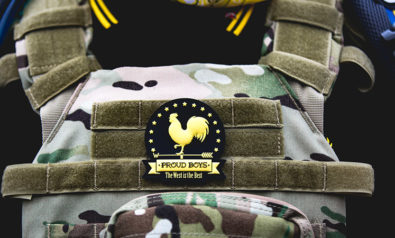 The Complex Role of Racism Within the Radical Right 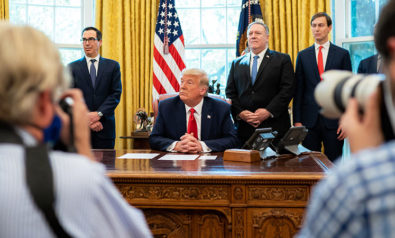 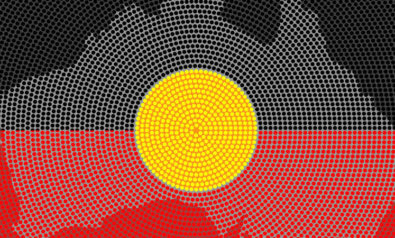 Australia’s Treatment of Aboriginal People is Its Dirty Secret