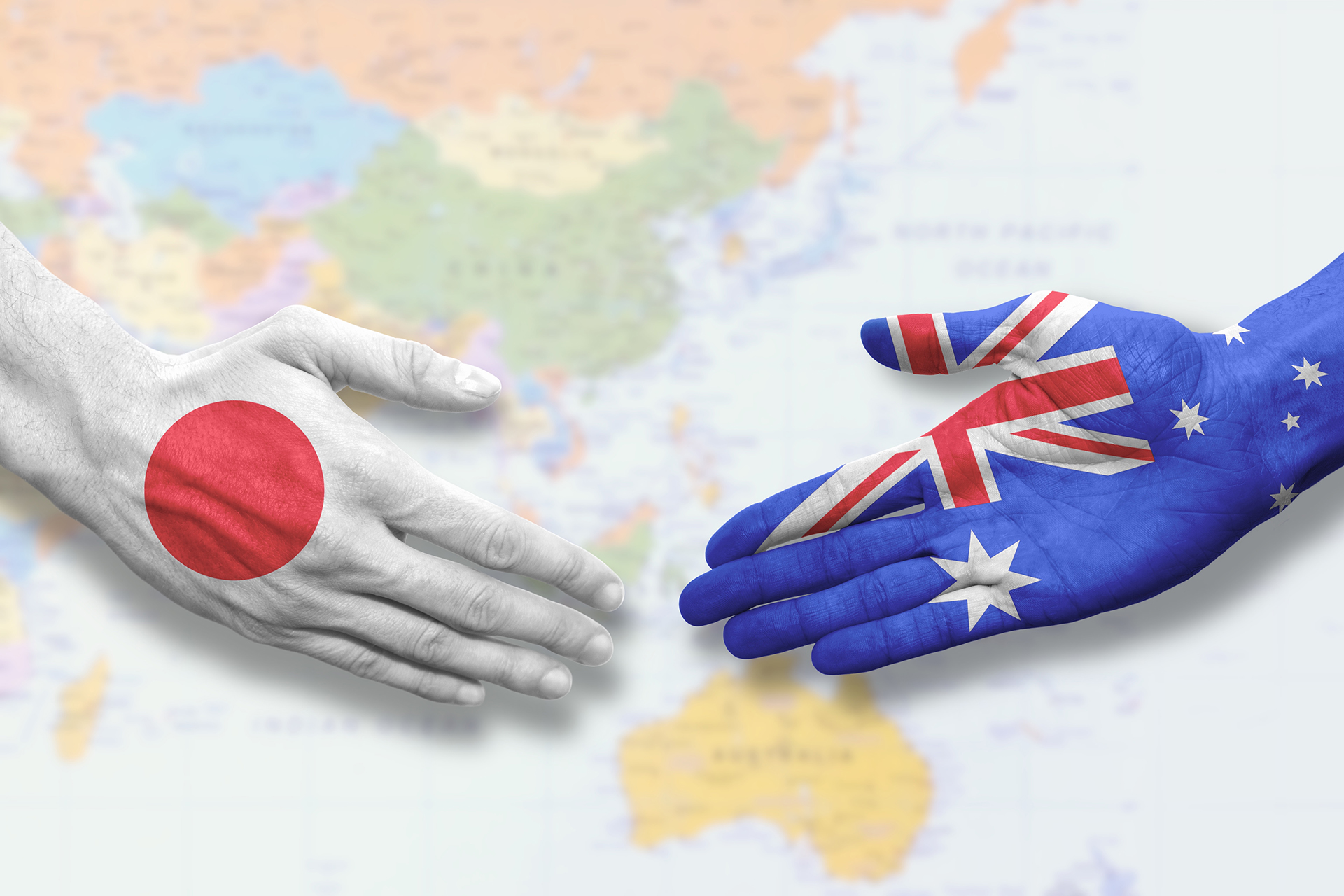 Australia and Japan have been in the news lately. The prime ministers of both countries got together to issue a Joint Declaration on Security Cooperation (JDSC). They reaffirmed their vital “Special Strategic Partnership.” The two leaders also promised to “strengthen economic security, particularly through the Quadrilateral Security Dialogue (Quad) and the Supply Chain Resilience Initiative.” So security now includes not only defense but also economics.

The Dragon in the Room

Why is love in the air for Australia and Japan?

The answer is simple: China.

The Middle Kingdom has taken an increasingly assertive posture in the Indo-Pacific. Beijing has made “historical claims” on the Senkaku islands claimed by Tokyo. It has increased its military maneuvers in the South and East China Seas, building artificial islands and bases. Closer to Canberra, China has intensified maritime activities in the South Pacific islands. It has even signed a pact with the strategically located Solomon islands. Such actions have fuelled insecurity in Tokyo and Canberra.

On the economic front, new realities have emerged. After the economic liberalization in the Deng Xiaoping era, China grew rapidly. Given the gigantic Chinese market, most Asian countries wanted to prosper from the China story. Trade increased exponentially.

China-Japan trade grew dramatically as well. In 2021, China was Japan’s biggest trade partner and the trade volume crossed $370 billion. China-Australia trade grew too and reached $245 billion in 2020. Under Chinese President Xi Jinping, the country began to weaponize trade and bully its trading partners into submission. When Australia called for an independent probe into the origins of the COVID-19 virus, Beijing responded with a range of strict trade reprisals against Australian imports. Naturally, this made policymakers in Tokyo and Canberra cautious. They are attempting to change their trading patterns and rely less on China.

A century ago, Australia feared “economic infiltration” and racial takeover by the Japanese. In 1901, Australia implemented its White Australia Policy to exclude non-white immigrants and keep Australia a European nation. In World War II, both Japan and Australia were locked in a bitter conflict in Papua New Guinea. Mutual suspicion ran high and bilateral relations reached the nadir. In those years, Australia increasingly looked towards the US and Western Europe for identity, inspiration and security. It did not want much to do with its near abroad full of ragtag Asians. Much of Asia, especially Japan, saw Australia as a genocidal white outpost in their neighborhood.

As a result, Intelligence cooperation between Japan and Australia slowly grew. This was accompanied by a commerce treaty signed in 1957 between Tokyo and Canberra. Gradually, closer economic ties decreased historic suspicions. Japan became Australia’s largest trading partner from the late 1960s onwards to 2007 when China replaced it. Additionally, Japan and Australia were also part of the American security architecture in the region. The US-led hub and spoke system contained the communists in the region during the Cold War.

As pointed out earlier, the new JSDC signed by Tokyo and Canberra comes at a time of rising Chinese ambition. Xi’s China seeks to extend its sphere of influence in Asia. Beijing’s rising influence comes at the cost of regional powers who do not subscribe to the Chinese worldview. They are anxious and want to oppose China. As a result, Asia is profoundly fractured.

In this new geopolitical scenario, the JSDC makes sense. It builds local capacity to counter China. Japan and Australia do not entirely have to rely on the US to maintain peace and stability in the region. Both countries are deepening their military partnership. They are increasing interoperability, intelligence sharing, military exercises and defense activities on each other’s territories,

The two powers further seek to build on the Reciprocal Access Agreement (RAA) signed in January 2022. Besides Australia, the US is the only country with which Japan has signed the RAA. Japan also has an Acquisition and Cross-servicing Agreement (ACSA) with Australia. This agreement allows reciprocal provision of supplies and services between their defense forces. They are also collaborating in space, cyber and regional capacity building.

The JDSC marks a shift in traditional Japanese reluctance to act proactively on military matters. In the last few decades, Japan punched under its weight in military issues. This was primarily due to its war-renouncing constitution. The updated JSDC reflects the internal debate in Japan over the role of its military and the country’s role in the world. Various Japanese strategists have called for revising Japan’s National Security Strategy. They are pushing for Japan to take an active regional role. Moreover, policymakers in Canberra are also stepping on the gas. Australia is on a shopping spree for military technologies from nuclear-powered submarines to unmanned aircraft and hypersonic missiles.

Japan and Australia now recognize that economics is closely tied to security. In this new deglobalizing world, words like friendshoring and secure supply chains have come into play. OPEC+ has cut oil production despite repeated US requests and sided with Russia. The US and the UK first supplied vaccines to their own populations before giving them to Europe or Asia. China used personal protective equipment for its people during the COVID-19 pandemic. For this reason, Tokyo and Canberra want to set up a secure economic relationship in what the Pentagon calls a volatile, uncertain, complex and ambiguous world.

The Russia-Ukraine War has hit Japan hard. The country imports most of its energy. Supplies from Russia’s Sakhalin-2 project have stopped and Japan faces an energy shortage. Rising energy prices have increased its expenses and increased input costs for its products. Therefore, Japanese Prime Minister Fumio Kishida has made energy resilience a priority. In this context, Australia is a reliable and valuable energy supplier to Japan. Already, Canberra is Tokyo’s biggest supplier of LNG and coal. Both countries seek to deepen this relationship.

Both countries have further announced an Australia-Japan critical minerals partnership. These minerals include rare earths that are crucial in clean energy technologies like solar panels, electric vehicles and batteries. These could well be the oil of the future. Japan as a leader in many of these technologies and Australia as an exporter of minerals might have a win-win long term relationship on the cards.

The US also figures prominently in the updated JDSC. Japan and Australia have asked Washington to fill in the gaps for sustainable infrastructure needs. This is part of the role the Quad — the US, Japan, India, and Australia — seeks to play in countering China’s Belt and Road Initiative.

To counter China, Japan and Australia also support ASEAN’s centrality in the Indo-Pacific. They have also reiterated their desire to implement the 2050 Strategy for Blue Pacific Continent through the Pacific Islands Forum. This initiative seeks to develop cooperation with Pacific Island countries in critical infrastructure, disaster recovery, and maritime security. This is a multilateral play to counter the Big Brother model that China follows and provide assistance for smaller countries from medium-sized powers they trust. Japan and Australia share concerns about Myanmar and North Korea as well.

In the new world order that is emerging, regional powers are assuming more importance. The US is tired after two decades of war in Iraq and Afghanistan. It cannot write a blank check for Indo-Pacific security and single-handedly take on China. Therefore, the US is leaning on allies to step up. This makes the updated JSDC important. In the words of Professor Haruko Satoh of Osaka University, “Strengthening the Japan-Australia partnership is crucial for the US-led hub and spokes security system in Asia.” 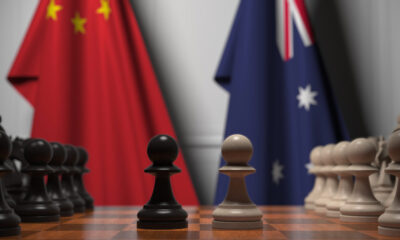 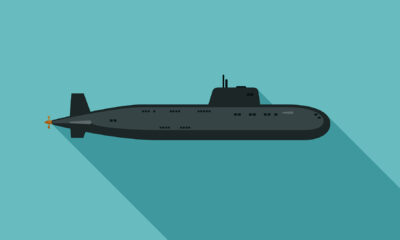