Lee Kuan Yew was a pragmatic realist who favored logical problem solving over idealism. Singapore is his monument.

The founding father of modern Singapore, Lee Kuan Yew, who died on March 23, aged 91, exactly 50 years after he led the island nation to independence in 1965, left a nation as his legacy. With no resources and very little to work with when he took power, he is globally credited with taking an economic backwater from Third World to First World in half a century.

The globally renowned statesman counted Lyndon Johnson and Barack Obama among those who sought his rich advice and experience. He had an unsurpassable vision and a knack for crystallizing the key issues of his time. Margaret Thatcher, who affectionately called him “Harry,” said in 1990: “There is no other Prime Minister whom I have admired more for the strength of his convictions, the clarity of his views, the directness of his speech and his vision of the way ahead.”

He was a champion of “Asian Values” and put the prosperity of Singaporeans at the center of his policies. His iron grip on power earned him critics who pointed to narrow civil liberties, but his arguments for the greatest good for the greatest number stood down his detractors and won him respect in Asia and the West.

But he didn’t do it alone. He rallied teams of economic experts and technocrats to his corner and fought for every inch of his success with determination. Cabinet ministers paying tribute to him praised his vision, his tenacity and his ability to “tell it straight.” Singaporean Deputy Prime Minister and Finance Minister Tharman Shanmugaratnam said: “Mr Lee kept us all looking to the future — never satisfied with today, always searching for the next challenge.”

One of his most famous speeches was when he declared independence from Malaysia in 1965 and wept on television as the responsibility of 2 million souls fell on his shoulders.

In the above video from the INSEAD Leadership Summit in 2007, Lee Kuan Yew himself explains that the leader who emerged that day was thrown up from the wars and revolutions of his time and politics was not a vocation, but a crusade. He had no choice but to go with what worked and to use the tools at his disposal.

Lee Kuan Yew stood as a giant on the world stage between the United States and China, and he pulled no punches when giving his views on the perils of short-term Western styles of government.

“The problem with American politics and watching their attention span, it is focused on the short-term either the mid-term or the full-term elections … that’s sucking a lot of energy and resources at the top, but at lower levels, they know that great tectonic plates have moved in this region, and in 20 years they’re going to face a very different Asia and deal with a very different set of Asian powers. I don’t mean military powers but economic powers. It’s a secular trend that I believe is not stoppable,” he said in the video above. Politicians and businesspeople around the world looked up to him for his thoughts on the trends of the moment and how they should navigate the halls of power in a turbulent world. He nimbly guided Singapore to stability from the Cold War and through times of terrorism and racial tension, never losing sight of the ultimate goal; stability and prosperity for his people.

“We have got a homogenous core … that can self-renew. And we have got a lot of foreigners joining us, people from India, China, Hong Kong — but the spine is a Singapore spine,” he said in 2007.

Lee Kuan Yew’s passing marks the end of an era for Singapore and the loss of another global icon from the world stage. He leaves a massive shadow of leadership behind, but his lessons live on. To say he was farsighted is to make an understatement. His vision, his determination and his ability to win respect are the qualities that have taken Singapore from Third World to First. 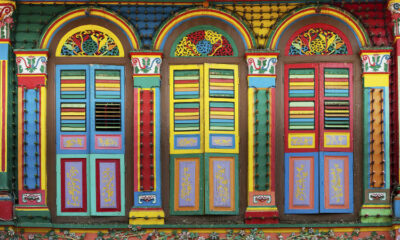 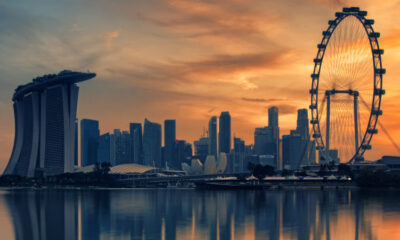 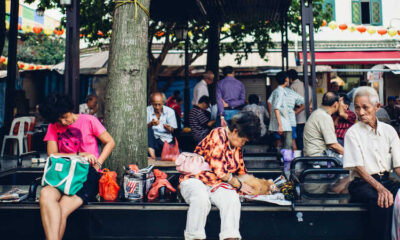