What lessons can multicultural Singapore offer America in light of the latter’s ongoing racial and religious tensions?

Raw feelings over race and religion dominate the American political season. The talk is of walls and deportations to keep some out, “extreme vetting” for immigrants of a certain faith, and a debate over whose lives matter that is playing out in mindless violence on the streets.

The conflicting feelings over people of a different race, color or creed cannot, of course, be resolved to any one person’s or group’s satisfaction. But good answers to the divisiveness seem elusive. How can Americans see past their differences and get along?

As an American, I watch from afar where I live in Singapore, one of the most racially and religiously diverse nations in the world. This small country offers an approach.

We’ve Come a Long Way Together

A national poll released a few weeks ago found most Singaporeans try to live out multiracial ideals and believe in meritocracy. More than seven in 10 Singaporeans believe personal success is independent of race or ethnicity, according to the survey commissioned by Channel NewsAsia and the Institute of Policy Studies.

That’s a remarkable finding for diverse Singapore, whose population is 74.2% Chinese, 13.3% Malay, 9.2% Indian and 3.3% other. It’s also the most religiously diverse nation in the world, according to a 2014 analysis by the Pew Reseach Center, its population made up of sizable portions of Buddhists, Christians, Muslims and Hindus.

The poll is especially noteworthy considering how far the country has come in half a century, when its early days as a new nation were beset by ethnic tensions and race riots.

Singapore’s strides toward multiculturalism got a shout-out from President Obama, who played host to visiting Singapore’s Prime Minister Lee Hsien Loong in August.

“In the United States, we call ourselves a ‘melting pot’ of different races, religions and creeds. In Singapore, it is rojak—different parts united in a harmonious whole,” Obama said. “We’re bound by the belief that no matter who you are, if you work hard and play by the rules, you can make it.” (Rojak is a traditional fruit and vegetable salad dish named after a Malay term for mixture.)

Singapore sets an example for the world on multiculturalism. A founding principal of the country is the integration of its ethnic and racial groups—a decision was made at the outset to treat every race, language and religion as equal. It made an asset of its ethnic and religious diversity, and the result is relative racial harmony.

How did Singapore do it? One answer is forced housing integration. In Singapore, 85% live in very decent, mostly owner-occupied public housing, and racial quotas mean every block, precinct and enclave fall in line with the national ethnic population percentages mentioned above.

Forcing different peoples to live together as neighbors broke up the ethnic ghettoes and the all-Chinese, all-Malay or all-Indian blocks that could be found at the country’s founding in 1965. The housing policy “was authoritarian, intrusive, and it turns out to be our greatest strength,” Deputy Prime Minister Tharman Shanmugaratnam said.

The Housing Development Board (HDB) public housing high-rises were Singapore’s answer to affordable housing. Most HDB dwellers own their own flat, adding to their sense of responsibility and community pride. The units are heavily subsidized for young couples buying a starter home in one of the world’s most expensive cities. The term HDB carries none of the stigma that, say, the term housing project carries in the US.

The HDB has other positive social impacts. By clustering housing near commercial centers and transit hubs, Singapore makes it easier for its residents to live and work in the same place. The best commute, as a Harvard economist once said, is a lift downstairs.

And Singapore can call itself a “Garden City” for the proportion of land that remains open. The concept of HDBs—of building up, and not out—allows Singapore to preserve much of its green space for recreation, while two-thirds of its land surface is used for rainwater catchment.

The same thinking that went into Singapore’s forced integrated housing went into its schools. People of different ethnic and racial groups not only live together, they learn and grow up together. Everyone gets a fair shot at going to a good school which in turn (and in conjunction with housing policy) leads to a meritocracy in which people of different ethnic and religious minorities are well integrated socially and economically.

Of course, there are carrots, and there are sticks. Singaporean law makes wounding the religious or racial feelings of another person a punishable crime. In a small, densely populated country with a multiplicity of races, beliefs, languages and social norms, surrounded by much larger and less diverse neighbors, the threat of a fine or a stay in jail is viewed as a necessary inducement to keep the potentially fragile harmony from breaking down.

A Westerner might view that as a heavy-handed form of political correctness and a limit on free speech. Such an individualistic argument can be made. But the Singaporean view is that freedom of religion means respect for the religion of others, and the right to practice one’s religion without the persecution or harassment of others. Hence the poll showing Singaporeans strongly endorse government policies aimed at safeguarding racial and religious harmony.

And because multiculturalism does not exist in a vacuum, Singapore’s religious and community leaders have worked to make sure their faiths are practised in a way that fits Singapore’s multiracial context, with Muslim leaders speaking out against extremist views that do not represent Islam.

The poll does not paint a picture of a racial utopia or a colorblind society. One in three among minority races reported having privately felt racially prejudged. Most respondents preferred someone of the same race marrying into their family (although interethnic marriages are up). Most said they are willing to accept a president and prime minister of another race, although many expressed a preference for someone of their own race.

But by not leaving interracial harmony to chance, by aggressively promoting racial and ethnic integration, Singapore has found a way to make strides that must seem envious from other shores.

Of course, much of Singapore’s approach would not fly in the US. Americans are free to wound the feelings of other people who look or act differently from themselves, with impunity. That right, however, comes with responsibilities that we see going unacknowledged every time we turn on the news. 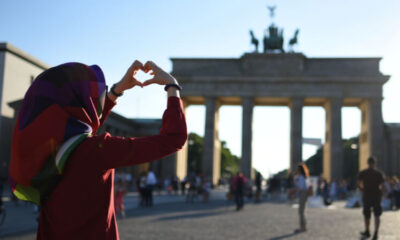 Can Multiculturalism Triumph in Europe?