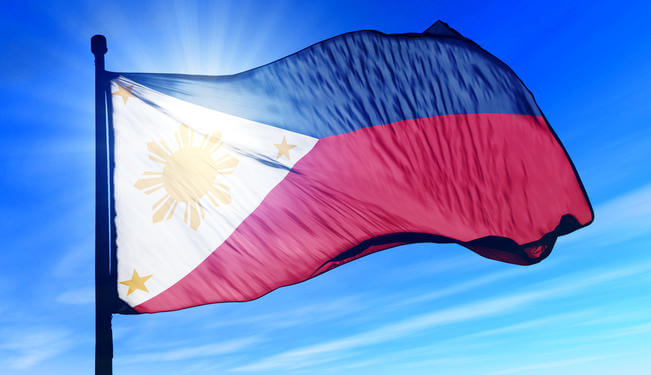 Aquino is under pressure to improve socioeconomic conditions in the Philippines. Read part one here.

President Benigno Aquino was required to work within certain limits of permissibility, the constitution, and bureaucracy to move and implement his policies forward. The Supreme Court, for instance, deemed many of his initiatives, including the Truth Commission, as unconstitutional. However, to what extent can we judge PNoy for his inability to implement policies due to the “inherent system” as opposed to an acute lack of his “executive initiative?”

To a degree, it does seem unfair to judge PNoy for the situations and political circumstances that are out of his control but even within the limits of permissibility. However, the limitations of his administration are in part determined by the president himself, who has the power to expedite and work with previous and current government projects, following-through with faltering policies and effectively reviving them in his administration’s image. We should also recognize that PNoy’s government obtained a lot of information from the mistakes of past administrations, especially with regards to poverty and foreign policy.

The Laguna de Bay dredging project is an example of PNoy’s abject failure to continue an otherwise economically and socially sound plan from the previous administration. The dredging of Laguna de Bay would have lessened the flooding of towns and the metropolis close to the lake. Nevertheless, rather than consulting with the involved companies and the Belgian government (who had approved and sponsored the project), PNoy chose to shut the project down and subjected the government to an international law suit costing millions of dollars.

Whether this act was due to corrupt political powers or a lack of understanding that lakes must be dredged regularly due to siltation, PNoy’s word could have pushed the project through to fruition. On the other hand, PNoy handed the South China Sea dispute well. From an international relations standpoint, the dispute was, realistically, an issue the Philippines could never challenge China over. At the same time, a prolonged political and military standoff would not have been ideal for the region. Thus PNoy’s recommendation to elevate the discourse to the United Nations helped to leverage the Philippines’ position given the country’s limitations in military resources. Although the issue has not yet been fully arbitrated, it is clear that China’s economic clout is substantial enough to delay any decision or action .

PNoy has also overseen Overseas Foreign Workers' (OFWs) expatriation in the Middle East. The plans spearheaded by PNoy have allowed OFWs in many Middle Eastern countries a safer passage and better socioeconomic opportunities. The fairly recent return of Filipino worker Rodelio Lanuza to the Philippines following his pardon from Saudi Arabia’s death row is a triumph of close collaboration between the Philippine and Saudi Arabian governments — where both governments and private groups shouldered 3 million Saudi riyal (32.4 million pesos) of the requested blood money. The reunification of the Lanuza family reaffirms PNoy’s administration’s commitment to protect Filipino nationals in foreign countries, especially those who are victims of injustices.

We now go back to the issue of Philippine corruption, particularly the issue of unaccountability, which represents an ostensibly vicious cycle to many local and international pundits. Although showing some marked improvement, the Philippine corruption situation stood at an embarrassing Corruption Perceptions Index (CPI) of 3.4 at the end of 2012. Transparency International ranked the Philippines at 105, tied with Algeria and Mexico, out of 176 countries, based on the perceived corruption levels of their public sector. Corruption flourishes due to the lack of mechanisms for accountability and transparency in national agencies and for government officials.

For all its media emphasis, PNoy’s anti-corruption campaign leaves much to be desired in its crusade to eradicate government corruption. But if the state of the political system limits him a selective approach of Kamag-anak, kaibigan at kaklase or KKK (a throwback acronym to the days of his mother’s administration) to deal with patronage politics, how much can we blame him for political “setbacks” or “slowdowns?”

We can blame him, partly because since corruption is systemic in the Philippines, PNoy simply needs to look in the right places to target the source and find those who hold concentrated power over money. In most cases, inaction is unwarranted given that PNoy has the benefit of the work of previous administrations to identify bastions of corruption in government.

In August 2013, corruption and scandals surrounding the Priority Development Assistance Fund (PDAF) or the “pork barrel” were exposed. The term “pork barrel” refers to the discretionary annual lump sums of $4.5 million and $1.6 million provided to each of the country’s 24 Senators and 289 Congressmen for development and infrastructure works. Amid heightened public outcry against misused public funds, PNoy has finally called for the abolition of the PDAF and various other congressional insertions. The abolition of the pork barrel was long overdue and its existence represented a reason for the poor public image of politicians. Identifying these corruption schemes, such as those involving the pork barrel, and eliminating these “sources of corruption” while protecting whistleblowers from the threat of extrajudicial killings, will go a long way to reforming the corrupt culture in Philippine politics.

The abolition of the pork barrel naturally comes with numerous political risks that should be taken, even if both opposition and allied public servants are implicated. PNoy and other political supporters of abolition should take heart and push these executive initiatives the whole way instead of merely reading off proclamations. The next step would be to streamline the political process to pursue legal cases and seek greater accountability of those who control the power over the discretionary funds, such as Senators, Congress and the Senate president himself. This, however, is a task easier said than done when targeting politicians who have deep and far-reaching political roots and those guilty of complex graft cases, which may take several years to reach the courtroom.

Indeed, Filipinos want tangible results with a clear impact on their lives, whether this implies more jobs or improved education standards. A focus on boosting education standards and on targeting domestic consumption should be at the forefront of the political agenda for years to come. This needs to be properly planned, with ample budget allocated solely for the purpose of classroom learning and strengthening domestic industries and small and medium enterprises (SMEs). At this junction of his presidency, PNoy is passable or “pasang-awa” as both a statement president and a politician. Perhaps if PNoy had set the foundation for his administration when he was still a senator and congressman, the policy implementations of his current administration would have been more effective and reinforced.

Ultimately, the acronyms and platitudes of his wang-wang and trademark anti-corruption campaigns can only fill the people’s stomach with hot air, as many economic iniquities and social injustices remain. Aquino’s Oplan Bayanihan anti-insurgency campaign has seen over 90 government critics and activists murdered. Many suspects in these extrajudicial killings and media suppressions have been identified as elements of the country’s national police forces, which underlies greater administrative problems. The ratification of new policies allowing mining companies to create and operate private militias, places indigenous communities and the environment at even greater risk. Philippine society is still governed by the principle of skewed percentages, where 1% gets 99% and the 99% get 1%.

Litanies of unrealized, sensationalized political promises will only ensure another decade of mediocrity, even as the Philippines develops its socioeconomic and financial infrastructures.  While the culture of Philippine government corruption is as deep as it is deplorable and will likely persist throughout President Aquino’s term, there is hope for the future as the foundations for honest, measurable and accountable politics are set. The image of the Philippines can only improve as better socioeconomic conditions empower people to be more proactive, becoming part of the overall accountability and transparency mechanism. It is also true that inherent limitations exist within the political and international fabric of policy-making and implementation, but from a domestic standpoint. PNoy’s crusade against corruption and cronyism should go hand-in-hand with breakthrough policy implementation — the fight to abolish the pork barrel is a promising first step.

Only by implementing policies informed by realpolitik that appropriately identify and then systematically address pertinent problems, can PNoy build his legacy on the basis of clear results that ameliorate the perceptions and conditions of Philippine society — the mark of a true changemaker president.