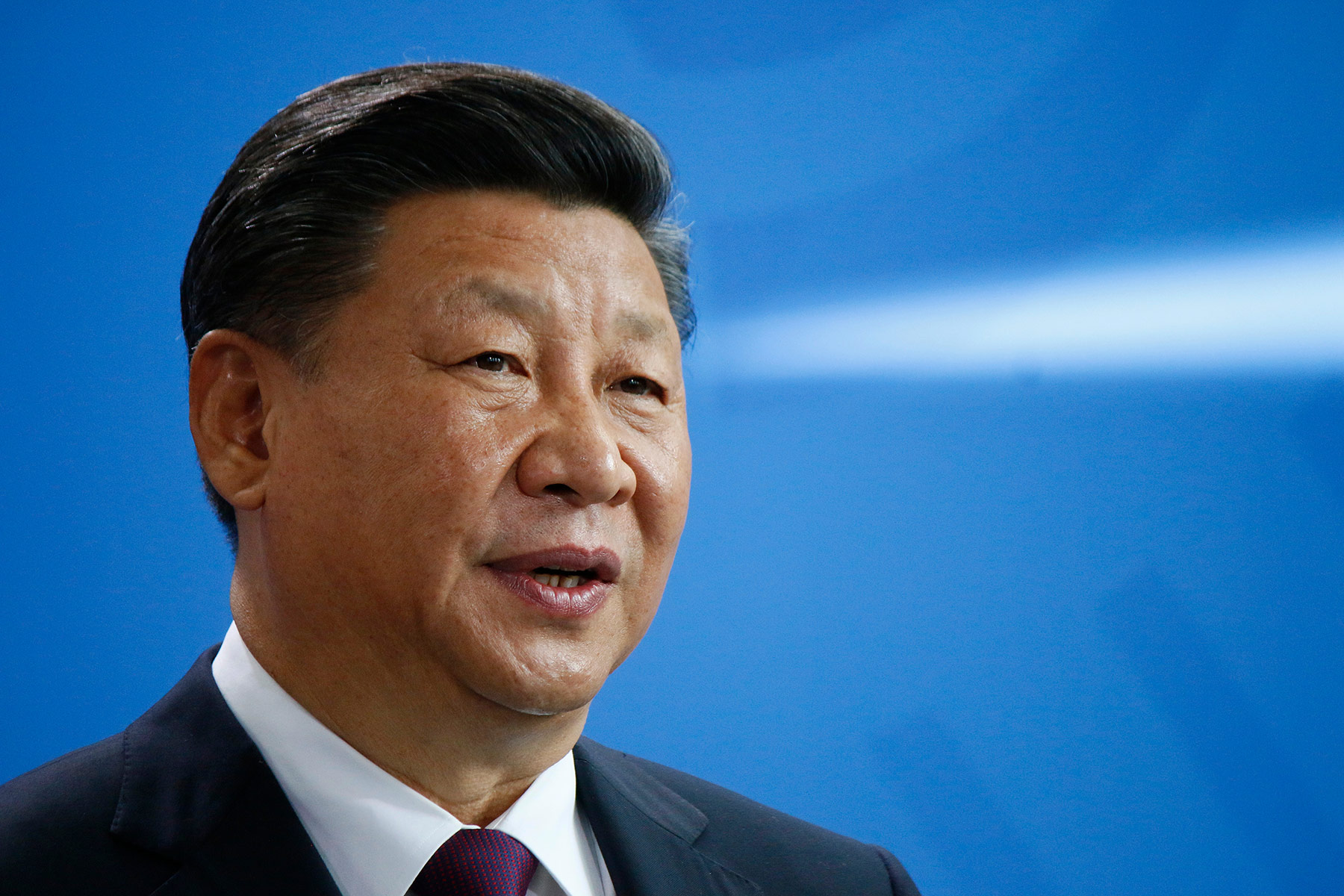 The New York Times has produced one of the silliest news articles about Chinese history — or, for that matter, anyone’s history — ever written. Chris Buckley’s article, “To Steer China’s Future, Xi Is Rewriting Its Past,” is misleading in more respects than one. It claims to be about the history of China, but the past in question only concerns the country’s Communist Party.

Any serious journalist should understand that China’s past has already been rewritten by its government. This is something every government everywhere in the world does as a matter of routine. In other words, presenting as worrying news the idea that President Xi Jinping is doing something unusual (and dishonest) by rewriting the past only makes sense if you believe your own government doesn’t rewrite its own history.

But this is not merely one of the silliest articles about history ever published in a serious journal, it is also a profoundly inane article about China, a subject that merits everyone’s attention today. In an era that increasingly resembles the Cold War of the 1950s, The Times appears to treat its journalists as hacks who have been given the task of rewriting not just the meaning of history, but also the significance of observable current events. Even the most banal ritual of the Chinese government serves as a pretext to inspire fear, indignation or hate rather than reflect on the evolution of power.

In the original Cold War, The New York Times and the rest of the media focused exclusively on Russia’s Soviet Union. Today, even though The Times is still committed to echoing CIA-inspired propaganda about Russia, China has become the principal target.

Buckley’s subtitle reads: “A new official summation of Communist Party history is likely to exalt Xi Jinping as a peer of Mao and Deng, fortifying his claim to a new phase in power.” Framed in this way, it sounds as if Xi’s claim would amount to a serious distortion of history. Buckley implies that Xi is a narcissistic Donald Trump-like upstart, or perhaps a Nero or Caligula, a deeply flawed historical non-entity intent on using the power associated with the position to project the unjustified image of a transformative leader.

The problem is that most serious observers of China, including historians, whether approving or disapproving his policies, consider Xi to represent a new phase of Chinese leadership, on a par with Mao Zedong and Deng Xiaoping. Moreover, this is at a moment in history at which China has already become a dominant power, which was not the case for either Mao or Deng.

Buckley finds particularly objectionable the claim in an article from Xinhua, the official news agency, claiming that “Xi Jinping is undoubtedly the core figure mastering the tide of history.”

Buckley is right to signal that this is pure propagandistic rhetoric, especially when it asserts that Xi is “mastering” the tide of history. Only the moon can be said to master the earth’s tide, and even then it isn’t a question of mastery but influence. The tide of history is something else again. But the journalist’s complaint doesn’t focus on the predictable and standard rhetoric of propaganda. Instead, it serves as a pretext for developing its own propaganda. Buckley sees this as an illustration of Xi’s hubris. It’s all about Xi, not about China.

Buckley concentrates his indignation in sentences such as this one: “The resolution is likely to offer a sweeping account of modern China that will help to justify Mr. Xi’s policies by giving them the gravitas of historical destiny.” The complaint that this is an attempt at justification is certainly true, but the idea Buckley expresses concerning “destiny” is foreign to Chinese culture. It is a Western import that makes little sense to the Chinese. The US is the nation that justified a genocidal campaign against the native population in the name of “manifest destiny.”

In traditional Chinese culture, the closest approximations of the Western notion of destiny are mingyun, meaning a right attributable to circumstance, and yuanfen, meaning “destiny, luck as conditioned by one’s past.” The Chinese version of the West’s divine right is the concept identified by Mencius as tian ming, or the mandate of heaven attributed to rulers and emperors.

None of these concepts correlate with the Western and more specifically American idea of destiny, a force that empowers a nation or a person to embody what is assumed to be the moral meaning of history. Xi’s propaganda cites the “tide of history” with a Marxian nuance — the triumph of the working class — but in the background is the central idea in Chinese culture, of harmony rather than conquest. Tides advance and recede, following the logic of yin and yang. Buckley’s idea of “the gravitas of historical destiny” imposes a Western interpretation of a unidirectional movement on Chinese culture.

Buckley cites various Western experts to prove that Xi is violating the true notion of history. He cites the former Australian prime minister, Kevin Rudd, who is particularly well qualified to comment because he “speaks Chinese and has had long meetings with Mr. Xi.” Rudd correctly mentions Xi’s “ideological framework which justifies greater and greater levels of party intervention in politics, the economy and foreign policy.” Putting words in Rudd’s mouth, Buckley oddly calls this authoritarian move “Mr. Xi’s conception of history.” No, it’s Mr. Xi’s conception of power.

On the same topic, Le Monde’s Beijing correspondent, Frederic Lemaitre, demonstrates what an informative rather than a purely polemical article might look like. Instead of dwelling, as Buckley has obsessively done, on the presumed betrayal of his artificial idea of what history should be, Lemaitre explores numerous facets concerning the current historical significance of the event. He notes that in contrast with two previous official histories of the party, this version “is less about the past than the future.”

The article then examines a long series of issues that provide perspective on the context of this attempt at reframing of the Communist Party’s history. Lemaitre focuses particularly on Xi’s maneuvering within the party and China’s rivalry with the United States. He doesn’t seem to find illegitimate Xi’s claim to historical significance.

Throughout his article, Chris Buckley riffs on the idea of history as something he imagines to be a domain of pure, abstract truth rather than an inevitably imperfect product of human narrative. If not written by presumably independent Americans, China’s crime is to have an official version of history. Nothing like that could happen in the freest nation of the free world: the US.

“In creating a history resolution,” Buckley writes, “Mr. Xi is emulating his two most powerful and officially revered predecessors.” Xi is also emulating every US government throughout its history that has always insisted that slavery and genocide were just the inevitable though regrettable collateral damage of the drive to embody democratic ideals.

Buckley fears that Xi’s “resolution will present the party’s 100-year history as a story of heroic sacrifice and success, a drumroll of preliminary articles in party media indicates. Traumatic times like famine and purges will fall further into a soft-focus background — acknowledged but not elaborated.” The parallel with the treatment of genocide, slavery and persistent racism in the US long after the abolition of slavery is too obvious to dwell on. Didn’t Senator Tom Cotton call slavery a “necessary evil” in his bid to prevent the teaching of the history of slavery from being “elaborated” in the 1619 Project?

Buckley cites “an assistant professor at American University who has studied Mr. Xi and his father.” He complains that Xi is “someone who sees that competing narratives of history are dangerous.” Buckley apparently thinks nothing like that could ever happen in the US, a nation where “27 states have introduced bills or taken other steps that would restrict teaching critical race theory or limit how teachers can discuss racism and sexism.”

The US has always had a problem with history. Compared to Europe, a nation created only two and a half centuries ago simply hasn’t had enough history. At the same time, it has had too much, with its permanent tendency toward violence and civil conflict. That may help to explain Buckley’s confusion.

For Vladimir Putin, Survival Is All That Matters