China’s recent white paper on military strategy gives important clues about the type of superpower Beijing aspires to be.

China has published its first white paper on national military strategy. Numerous Western observers see in the paper a new Chinese aggressiveness, especially in connection with tensions in the South China Sea. A careful reading, however, shows the document is not a response to current events, but rather it is a strategic plan of a more fundamental nature.

This white paper resembles several important documents that were published under Chinese President Xi Jinping’s leadership, and at first glance, it does not contain anything new. After a closer inspection, however, one finds remarkable aspects. Indeed, the paper still includes Chinese positions on controversial regional and national topics, including Japan, the South China Sea, Taiwan, separatism in Tibet and Xingjian.

But four aspects deserve special attention: the analytical quality of the white paper; the end of the traditional fixation on land troops; the highlighting of cyber issues; and the elaboration of the “people’s war.”

First, since 1995, China has published nine defense white papers. These basic documents on military strategy and the development of the armed forces were, to a large extent, a mix of propaganda and a list of the army’s state of affairs.

It is for this reason that the analytical quality of the latest white paper is remarkable. Language and style are a testament of the authors’ deep knowledge of Western-dominated military theory. Thus, for the first time, a strategic framework is presented, detailing how China’s armed forces under President Xi should act.

Second, as was the case with the defense white paper in 2013, China’s naval forces are once again the focus of the analysis. While in 2013 the main goal was to show what capabilities the Chinese had, a strategic reorientation is presented in this latest paper: “The traditional mentality that land outweighs sea must be abandoned.” This way, land and naval forces are officially seen as equal, with the latter potentially even seen as more important. This passage can be read as an important victory for the proponents of maritime thinking.

It is possible that behind this lies the idea of protecting China’s foreign economic strategy of the “New Silk Road” at land and sea. This strategy entails transporting Chinese goods across the Indian Ocean to Europe. As Beijing’s real intentions are unclear, Western countries and China’s Asian neighbors—especially India—are likely to continue observing the strengthening of Chinese naval capabilities with suspicion.

Third, the white paper also presents a first in the way it analyzes the multifaceted security threats in cyberspace. The authors stress the Chinese government’s efforts to resolutely confront these threats, without elaborating further as to what is meant by this. The paper is not a suitable place for that; one would need to follow China’s domestic debates to under this.

In this regard, the discussion of two current draft laws are key: the new national security law and the anti-terrorism law. Here, it will become clearer as to how China defines digital sovereignty and information security. The laws, which are expected to be passed in spring 2016, will strongly influence China’s room for maneuver in bilateral exchanges and among the international community regarding cyber questions.

Fourth, many Western observers have focused in their analysis of the white paper on the importance of the term “active defense,” which has its roots in Chinese military tradition. But, as was the case in the past, the use of this catchphrase has more of a symbolic value.

More interesting are the passages that hint at an evolution of a “people’s war,” a term stemming from the time of Chairman Mao Zedong, in the context of modern science and technology. Behind this is the idea that in case of conflict, all forces of society (not only the armed forces) would be used to defeat an enemy—from fishing boats that encircle disputed islands, to the strategic use of semi-state hackers. This indicates a comprehensive understanding of warfare, one that could certainly cause headaches for Western military strategists.

Overall, with the publication of this latest white paper, the Chinese government seems to heed demands from Western countries, especially the United States, for more transparency. The document is significantly more informative than just listing the military’s state of affairs of the past. This way, the latest defense white paper partially answers the question of what type of superpower China wants to be.

*[This article was originally published by Fair Observer’s content partner, Stiftung Wissenschaft und Politik, and it was translated from German to English by Manuel Langendorf.] 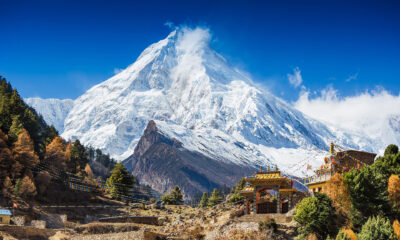 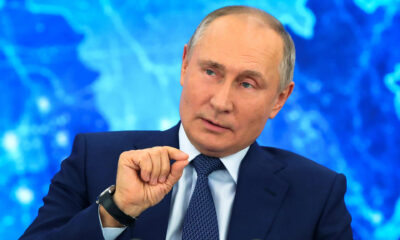