Civil liberties have improved, but most media outlets in Southeast Asia remain controlled by authoritarian governments.

Media and politics are two strongly interconnected and essential components of human society. The state, through law, limits the room for news media to operate freely. In turn, news media can work as a tool for putting pressure on other political actors. Since most people seldom interact with politicians directly, they get their information about local government policies and current affairs via the media, which plays a strong part in interpreting them through their reports. News reports influence public opinion and, in some cases, politics.

Together, the cumulative effect of the interaction between the media and state laws and policies creates a “second-hand reality.” The media plays a key role in making politics an ongoing contest, by acting as a sort of “social glue” that constructs and holds together public opinion. Politicians are thereby provided with an audience to be accountable to.

Since media and politics influence each other reciprocally, knowledge about a political context is essential when looking at the media’s role. News is very much a social construct, as every journalist develops his or her stories subjectively. Stories are therefore firmly rooted in a particular time, place, culture and set of political circumstances.

In Southeast Asia, the media can enact three roles or functions, which are not exclusive. The first function is a conservative one, where media practitioners act as “agents of stability” who preserve a given sociopolitical order and hence defend the status quo. Second, they can also function as “agents of restraint,” monitoring the government and providing checks and balances. The third role is transformative, in that they can act as “agents of change” in times of political transformation and crisis.

Categorizing the media’s role allows conclusions to be made about the current democratic status or development of a country. Looking at the annual surveys of Reporters Without Borders (RWB) and Freedom House, it becomes clear that the Asia Pacific is the only region where, despite violations, “steady gains in civil liberties” during the past five years can be noticed. For 2014, Freedom House categorized the Asia Pacific as 38% free, in contrast to Europe (86%), the Middle East and North Africa (2%) and Eurasia (0%).

In the Reporters Without Borders 2014 Press Freedom Index, Southeast Asian countries ranked between 77 and 174 in a list of 180 surveyed nations. In relation to 2013, the democratic situation in five countries worsened, while another five showed improvement, with Singapore showing no change at all. Most noticeably, East Timor — the youngest nation in the region — ranked highest in journalistic freedom by some way, while Laos (171) and Vietnam (174) were positioned among the ten worst rated countries. With nine of 11 Southeast Asian countries ranking among the 50 nations with the least amount of journalistic freedom, the steady gains in civil liberties as described by Freedom House need to be looked at in greater detail. According to Freedom House, Vietnam and Laos set the most negative examples. Press freedom is guaranteed by both countries’ constitutions, but in practice, the governments tightly restrict and control media outlets.

In addition, especially in Laos, one of the world’s least developed countries, telecommunication infrastructure is virtually non-existent for the majority of its people — a hindrance that makes for a harsh environment for news journalism when considered alongside the high rate of illiteracy. Therefore, due to Vietnam and Laos’ underdeveloped technological and educational infrastructure, it is an easy task for both incumbent regimes to translate their political power into power over public opinion, utilizing the media as agents of stability.

The Philippines and Malaysia are a somewhat different matter. Although both countries are economically more advanced and more than 50% of both populations have Internet access, journalistic freedoms deteriorated in recent years. Notwithstanding an increasing number of violent attacks on journalists, the Philippines was able to maintain its status as “partially free” due to a relatively low number of government attempts at censorship. In Malaysia, government censorship is frequent, and only the Internet “remains a bright spot in the media landscape.” Consequently, it has kept its categorization as “not free.”

On the opposite end of the spectrum, positive developments can be witnessed in Indonesia, East Timor and Myanmar. Not even ten years prior, all three countries — especially the latter — were seen as some of the world’s most restrictive states.

Although Myanmar’s “democratic spring” has had a faltered start, there are still civil liberty advancements to be recognized, like the novelty of privately-owned newspapers being launched in 2013. In Indonesia, many observers feared a return to authoritarian political practices, as the presidential electoral race dragged on in 2014. Despite these fears, free journalistic practice seems to have become consolidated, although Freedom House downgraded the country from “fully free” to “partially free.” East Timor bucked common expectations. Although Internet access is still very limited, low standards of training and low salaries prevail, and a “culture of deference and respect for hierarchy continues to pervade journalism,” the country was ranked as “partially free” and improved by 14 spots in RWB’s index.

The categorization of Singapore, the region’s most wealthy nation, as “not free” in 2014 by Freedom House does not come as a surprise. All in all, the state of journalistic freedom has remained stagnant in recent years. Although the constitution guarantees freedom of speech and expression, several restrictions can be issued easily if news is deemed to interfere with national security.

Thailand, however, poses somewhat of a riddle. In RWB’s index, it gained six positions between 2013-14; although the so-called “lèse-majesté cases” have led to several harsh punishments for journalists who allegedly defamed the Thai king. Since the 1930s, Thailand has experienced more than ten coups. As such, the country’s politics appear to be in a state of constant crisis. Here, the media have naturally acted as agents of change, and it remains to be seen whether the current government can establish political stability.

All in all, it is obvious that as the majority of governments and regimes in the region are mostly of an authoritarian nature and the ruling classes are steady in their seats of power, media in most countries can be categorized as a stabilizing factor for the status quo. Since the function of the media sheds light on the state of a country’s political development, it needs to be conceded that a clear majority of Southeast Asian media organizations — in Brunei, Cambodia, Laos, Malaysia, Myanmar, the Philippines, Singapore and Vietnam — are acting as agents of stability, supporting the status quo as their authoritarian governments exact power over them.

Only in East Timor and Indonesia do media organizations currently act as agents of restraint, able to keep a watchful eye on the political process. Thai media, meanwhile, appear to play a role of being “agents of change” — a situation that has resulted in political instability and a high turnover of governments.

Nonetheless, given that Indonesian media have now shed their three-decade-long heritage of censorship, and East Timor’s media now function as agents of restraint, it is clear that Southeast Asia’s opinion landscape has the potential to be a vibrant one. 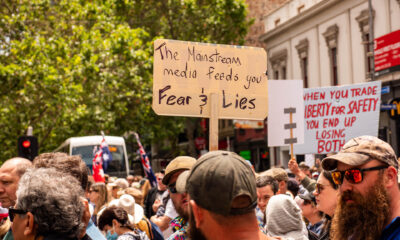 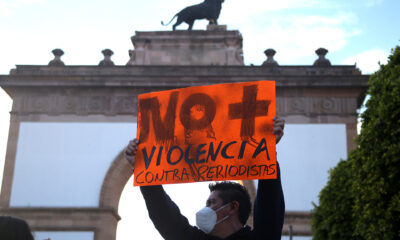 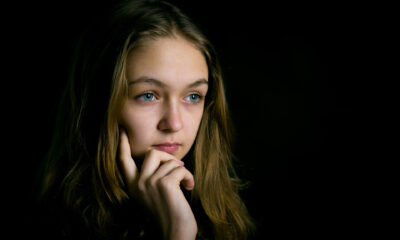