In less than two years, the editor-in-chief and CEO of the independent news site Rappler, Maria Ressa, has been issued 10 arrest warrants. The latest accusations against her involve tax evasion and failure to file accurate tax returns, which she testified against on March 4, 2021, before the Court of Tax Appeals. In addition, Ressa faces numerous other charges, including illegal foreign ownership of Rappler Holdings Corporation — the Philippine Constitution restricts foreign ownership of mass media in the country, subject to congressional regulation. The charges amount to 100 years of prison time if she is found guilty. This latest flurry of persecution is a continuum of the country’s troubling history of suppressing press freedom.

The most high-profile case against Ressa, who is Filipino-American, concluded last year when she was found guilty of cyber libel. After an eight-month trial, Ressa, alongside Rappler journalist Reynaldo Santos Jr., was handed the verdict by the Manila Regional Trial Court on June 15. Ressa denied the charges, and both were released on bail pending appeal. However, they face up to six years in prison unless all appeals are rejected. The case against Ressa and Santos involves the latter’s article published in 2012 by Rappler, which made allegations of businessman Wilfredo Keng’s ties to then-Philippine Chief Justice Renato Corona. Santos’ article also alleged Keng’s involvement in illicit activities that include drug and human trafficking.

Abuse in Lockdown: Gender Violence in the Philippines

Based on information published locally by the Philippine Star in 2002 and an intelligence report by the National Security Council, Santos’s piece was published approximately four months before the Cybercrime Prevention Law came into effect in 2012. Its republication in 2014 due to a correction of a typo allowed for the court to give its guilty verdict to Ressa and Santos Jr. retroactively. The case has garnered attention and criticism from local and international media communities. Ressa herself claims the verdict and the numerous charges against her and Rappler are politically motivated. In her statement to the BBC, Ressa lamented, “I think what you’re seeing is death by a thousand cuts — not just of press freedom but of democracy.”

Since his election in 2016, President Rodrigo Duterte’s war on drugs has drawn criticism both nationally and abroad. According to The Guardian, tens of thousands of deaths in the Philippines are estimated to be the result of extrajudicial killings prompted by the president’s anti-drug crackdown. Rappler has been at the forefront of extensive coverage and criticism of the campaign. The correlation between Rappler’s reporting and the number of charges against Ressa has fueled the narrative of intimidation tactics by the Philippine government against the free press.

The Philippines has a long history of suppressing various forms of free speech and political activism. The current wave of persecution carries echoes of the martial law years during the dictatorship of Ferdinand Marcos in the 1970s 1980s, when journalists and activists were arrested and interrogated by the military and a media lockdown was implemented as newspapers and radio stations were ordered shut.

In more recent years, hundreds of farmers, trade union leaders, activists and environmentalists have been targeted by the Philippine government. According to a report by the UN Human Rights Office, at least 248 activists have been killed in the Philippines between 2015 and 2019. While Maria Ressa’s high-profile case has regenerated national and global outrage, it is only the tip of the iceberg when it comes to how treacherous an environment not only the media, but human and democratic rights defenders have to navigate in the country.

The Philippines ranks 136 out of 180 countries on the Reporters Without Borders (RSF) World Press Freedom Index. After the 2009 massacre of 32 journalists in Maguindanao province ordered by a local warlord, RSF has regularly deemed the country as one of the most dangerous places in Asia for journalists. Adding insight to Maria Ressa’s criminal libel case, the organization noted that “Private militias, often hired by local politicians, silence journalists with complete impunity.” Freedom of the press is guaranteed under the country’s constitution, yet in 2018, the Philippine Centre for Media Freedom and Responsibility tallied 85 attacks on the media by the Duterte administration, including death threats, killings and attempted murder.

President Duterte’s public remarks against the media also contribute to the grim state of press freedom in the country. In 2016, the president stated: “Just because you’re a journalist you are not exempted from assassination, if you’re a son of a bitch. Freedom of expression cannot help you if you have done something wrong.” In 2018, responding to a Rappler reporter, Duterte was captured saying, “you have been throwing trash… If you are trying to throw garbage at us, then the least that we can do is explain how about you? Are you also clean?”

The Cybercrime Prevention Law, which was used to convict Ressa, has itself been criticized by the public as having the potential to further threaten freedom of speech and expression. Signed into law by then-President Benigno Aquino III on September 12, 2012, the legislation was primarily established to address crimes such as hacking, identity theft, child pornography and cybersex. Its additional provisions caused worry amongst the public for expanding its legal parameters to include any libelous speech or statements made by citizens on their private social media accounts. Senator Tito Sotto, who at the time was being attacked on social media for alleged plagiarism, is noted for suggesting the inclusion of the libel provision in the law. According to GMA News Online, “There were fears that even retweeting an offensive comment could land one in jail.”

Since the implementation, the law has been cited to charge journalists other than Ressa for cyber libel, including Ramon Tulfo and RJ Nieto. Prior to Ressa’s verdict, Councilor Archie Yongco, from the province of Zamboanga del Sur, was found guilty of cyber libel in March 2020 based on a scathing Facebook post against a rival politician. Although he deleted his post just minutes after its publication, screenshots of his comments were used as evidence in the case. Yongco faces up to eight years of imprisonment and is the first individual to be given a guilty verdict under the Cybercrime Prevention Law.

A Series of Threats

The guilty verdict against Maria Ressa and Reynaldo Santos Jr. was compounded by a series of legislative threats against the media in 2020. On July 10, the House Committee on Legislative Franchises voted against renewing the franchise license for the broadcasting network ABS-CBN. Ressa, commenting on the closure of the broadcaster, stated: “what happened to ABS-CBN can happen to all of us. Journalists, we have to hold power to account.… We need to continue to demand accountability.”

Shortly after the closure of ABS-CBN, there were public concerns over the introduction of the Anti-Terrorism Act of 2020 that came into effect on July 18. The act allows the state to arrest and imprison suspects without a warrant. The alarm among citizens came from the act’s expanded definition of terrorism that broadly includes “engaging in acts intended to endanger a person’s life” and causing damage to public property. Similar to the provisions of the Cybercrime Prevention Law, the new legislation poses threats to users on social media who express political sentiments or dissent. In this case, however, fears are not related to being accused of libel but of so-called red-tagging — the practice of targeting or blacklisting suspected members of the Communist Party of the Philippines and the New People’s Army, both of which have been declared as terrorist organizations by the government.

The legislation, compounded by the Duterte administration’s worrisome human rights record, incited widespread fears of the decline of freedom of speech and expression. Social media users who criticize the government also voiced concern over the act, especially since the head of the Armed Forces of the Philippines, Lieutenant General Gilbert Gapay, expressed interest in including social media in the ambit of the law. Local and international press freedom advocates have filed petitions with the Supreme Court in Manila to reject the legislation, calling it unconstitutional.

After nearly a year of grappling with the COVID-19 pandemic and an economic downturn caused by lockdown measures, the Philippines continues to navigate numerous challenges. Maria Ressa’s and Rappler’s legal battles, as well as the continuous frictions between the Duterte administration and the media, exacerbate fears over the erosion of democratic rights and press freedom during these uncertain times. 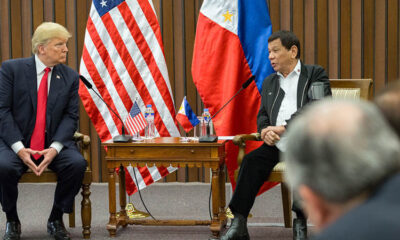 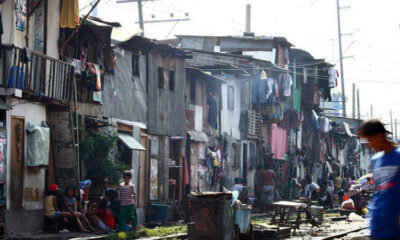 Can the ICC Stop Rodrigo Duterte’s War on Drugs? 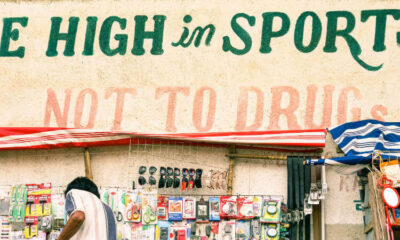