Wired takes a new look at China’s social credit system that has been nearly unanimously maligned in the West as a totalitarian tool that should frighten any freedom-loving citizen of a Western democracy out of his or her wits. The Chinese claim it is an efficient management tool. Wired clearly states the two contrasting perceptions — Chinese and Western — of this high-tech program: “The Chinese government and state media say the project is designed to boost public confidence and fight problems like corruption and business fraud. Western critics often see social credit instead as an intrusive surveillance apparatus for punishing dissidents and infringing on people’s privacy.”

That part of a person’s real or imaginary life experience in which an individual is nothing but an individual, having no obligations to the outside world

The societies of the West revere democracy as the most just political system and human rights as the concept that founds democracy’s legitimacy. Beyond purely legal and political considerations, these beliefs and concepts have created a culture of individualism that contrasts strongly with collectivist cultures of Asia in which the idea of individuals not defined by their sense of connection and belonging to a family, social group, caste, network and — to a varying extent — nation is unthinkable. In Chinese culture, because a particular person is the result of the full range of that person’s connections, the idea that any and all individuals should benefit from a status that separates them from their connections would seem anomalous.

Western assessment of what China is doing reflects Western ideas and social practices more than it does Chinese reality. It tells us more about how similar questions about privacy — which absolutely do exist — are likely to play out in the West than how they will play out in China.

This has led to a skewed discussion in which “Western concerns about what could happen with China’s Social Credit System have in some ways outstripped discussions about what’s already really occurring.” Jeremy Daum, a senior research fellow at Yale Law School’s Paul Tsai China Center in Beijing, detects a perverse political reason why this may be the case when he notes that “anything less invasive than our imagined version of social credit seems sort of acceptable, because at least we’re not as bad as China.”

Once the fear of what the inscrutable Asians are doing is instilled, it becomes easy to worry that we might even become “as bad as China.” One commentator has remarked: “The more I look around, the more it seems like an American social credit system is springing up around us—and it doesn’t look all that different from China’s.” Americans may not have noticed that the Chinese were inspired by that very American invention that has played a major role in restricting individual liberty: personal credit scores, which have been around for decades. The difference between the two systems should reassure Westerners about what China is preparing but worry the hell out of what’s happening particularly in the US.

Thanks to the whistleblower Edward Snowden, everyone should know that the US government is constantly gathering information on them, the nature of which can never be known because the programs hide behind the impenetrable veil of “national security.” Thanks to the Cambridge Analytica scandal, we know that Facebook not only collects data on our private lives but has never been averse to selling it to other people and institutions. But Facebook is not alone. By its very conception, the internet ensures that Big Data includes our data, but it doesn’t include any data accessible to us about who has access to it.

The serious question Westerners should ask is this: Do they prefer a “liberal” system in which being judged and manipulated by private interests they are rarely aware of, or a Chinese style system that is defined and now even publicly debated as a tool for making the entire society’s relations more efficient and — as a final irony — ultimately more publicly responsible and transparent?

The Chinese government will, of course, do what every government now does: surveil their population to root out terrorism and what they consider to be subversive dissidence, and they will undoubtedly continue to do it with fewer checks and balances than those that exist in the West. But, for the moment, it would appear that the West has done far more to rob its own citizens of their privacy, mainly because the initiative for doing it lies in a multitude of private hands who are largely left alone, if not encouraged by the government.

For more than two centuries, Western society has been grappling with the consequences of adopting democracy as its political norm. As the world’s first democratic nation, the US launched an abstract justification for democracy — “all men are created equal” — but initially had no qualms about the practice of democracy being restricted to a specific race, a specific gender and the fact that those white men owned property. The idea of an “individual” who had a right to privacy did not apply to everyone. Over time, but very slowly, the right to democratic existence and privacy was extended to African-Americans and women, by giving them the vote, but the spirit of depriving groups of people of their freedom lives on — for example, in no-fly lists or Donald Trump’s Muslim ban.

Only since the civil rights movement in the 1960s has US culture built into its ideology the dominant idea (though not necessarily the practice) that all groups must be treated identically not just by the law, but also through the widest variety of social interactions. The right to privacy is among the requirements of equality, as is — through political correctness — the right not to be offended, which translates as the right to take offense. These systems of judgment have radically changed the notion of what is or should be public and what is or should be private.

The West rarely reflects on its own culture and even more rarely on other cultures, except to note their inability to hone to Western standards. The Wired article cites Daum on one of the significant differences between Chinese and US culture. He points out that the “phrase ‘social credit’ has different connotations in English that it does in Chinese. To an English speaker, the two words together might signal a reference to interpersonal relationships. In Chinese, the term is more closely associated with a phrase like “public trust.”

The Chinese seek to understand their own society through their notion of sharing their common reality mediated by the government, even the brutal or darker part of it. Americans build their private view of society in a spirit of commanding discord, which often prevents them from seeing what most concerns them. In the end, however, both populations will have to face the same set of problems due to a concentration of power — in public or private hands — that neither can oppose. 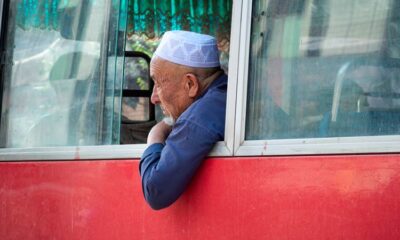 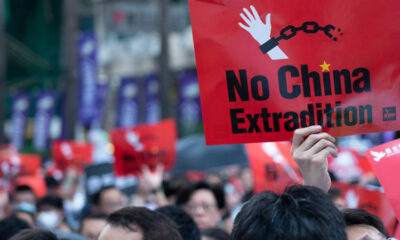 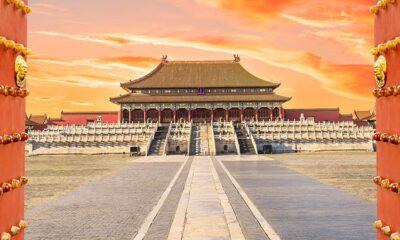