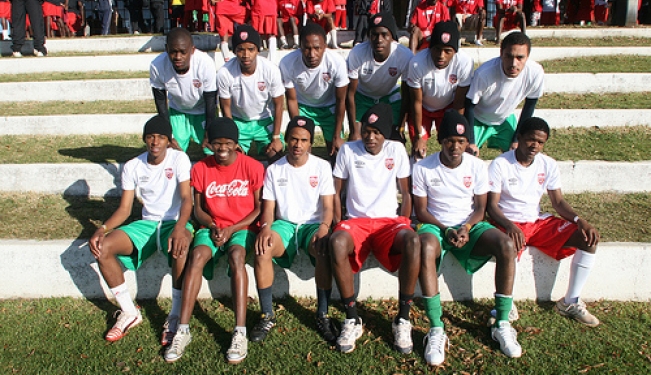 A reflection on Africa’s burgeoning potential.

The demographic dividend discussion is broad and encompasses a variety of disciplines. If one reviews the diverse literature on the subject, its most common aspect is the idea that some countries, particularly those in Sub-Saharan Africa, may well be the exception to the rule. The focus presented here will not be on the arithmetic around “the demographic dividend” subject, but rather on the implications of poor policy decisions in some countries in Africa as viewed from a young person’s perspective.

As a young development actor, privileged with the experience of interactions with similar and exceptional actors from across the continent, I believe our call is analogous – that the time is now for African countries to act collectively to take deliberate and sustainable actions that will ensure the impending demographic transition is met by effective policies, institutions, and opportunities on the ground to realize the demographic dividend to its fullest potential.

What exactly is this demographic dividend? The Program on the Global Demography of Aging at Harvard University defines this well in a paper titled Realizing the Demographic Dividend: Is Africa any different? (2007). When “…countries move through the demographic transition from a high fertility and high mortality to a low fertility and low mortality equilibrium, the size of the working age population mechanically increases,” which “can create virtuous cycles of economic growth commonly referred to as the ‘demographic dividend’. Currently, many countries in Africa are in this opportune yet problematic state. According to the United Nations, fertility rates have decreased slightly from 1970 levels; however, they are still high and correspondingly, life expectancy is still low and is actually falling in some countries.

The 2011 Report on the Status of Youth in Africa by the UN’s Economic Commission for Africa posits that many African countries are now experiencing a “youth bulge,” which suggests that this population will peak by 2025 and in 2035 will begin to decline. Thus, the potential of this effect is critical – a window of opportunity to capitalize on the potential dividends of this “bulge.” African countries, especially those in Sub Saharan Africa, must ensure they have effective policies and well-functioning and monitored programs. They must create and strengthen the necessary institutions to optimize the opportunities for young people now and in the near future.

The International Year of Youth was celebrated from August 2010 to 2011. As commemorated since 1985, it provided an opportunity for actors across the world to reflect on the challenges still at hand and successes recorded with respect to the youth, and at the World Youth Conference in Mexico, Africans presented their position on this particular demographic group. On a continent-wide basis, the Heads of States Summit in June and July was held under the theme ‘Accelerating Youth Empowerment for Sustainable Development’. With respect to the subject at hand, this theme was quite significant. The recommendations leading to the Summit’s Outcome (Decisions, Declarations and Resolution) were partly informed by an African Youth Forum organized by the African Union Commission.

The Heads of States’ agreement on young people from the summit, at this point in time, is its most comprehensive yet. It comes at a time when there are broad efforts on the ground led by the AU Commission Youth Division in the Department of Human Resource, Science and Technology. In 2006, the Heads of States agreed on an African Youth Charter, a youth policy framework underlining youth development priorities for the continent, which countries are expected to emphasize. In 2008, the 1st of November was declared the African Youth Day and simultaneously, 2009 to 2018 was declared the Decade on African Youth Development, and a Plan of Action to that effect was developed. In 2009, an African Union Youth Volunteer program was developed and since 2010, hundreds of young professionals have been trained in this unique skills-building opportunity on the continent.

So do these and other ongoing efforts spell an adequate solution to ensure that Africa’s demographic transition is met with results similar to some of the East Asian countries, who have already experienced this “bulge”? This remains to be seen; however, from the experiences on the ground, I would infer that these are steps in the right direction but there are challenges that will continue to impede the momentum.

To be able to take full advantage of the dividend, countries must make sure the large youth population (364 million aged 15 to 34 and 209 million aged 14 to 24 in 2010 for the whole continent) has access to education and skill-building opportunities that will enable them to compete in an increasingly connected and competitive world. They must also ensure that there are adequate investments to utilize the labor capacity that the youth will provide. Without creating sufficient “demand” for these skills, we will not see the benefits translated in GDP.  Moreover, we have seen the negative outcomes of countries with large numbers of unemployed youths.

Savings must also be encouraged and in-turn, the financial and pension services must be strengthened to ensure that the broad-long-term outcomes of the demographic transition render economic prosperity. Healthcare for mothers, children, and the elderly must be made stronger now and readily available. Similar to how youth dependency decreases as the demographic transition happens, dependence amongst these other groups will also decrease if systems have been established.

Many argue that countries in Sub-Saharan Africa are unable to take advantage of the demographic dividend. An often-cited negative externality of an idle labor force is a youth population resorting to destructive paths. It is commonly implied that the often-reported issues of famine, poor education, and massive public health concerns like HIV/AIDS are proof that the dividends will go unrealized. If anything, these daunting concerns are cause to recognize that there are very real challenges on the ground.

What is the youth perspective on this? What, if any, is their feeling on being able to seize the opportunity to turn the fortunes of the continent around as the demographic transition begins to take hold? I do not speak for the millions of African youth, but I know from my counterparts across the continent that we do not accept these purely negative assertions. We realize the challenges. But even with limited guidance, with little and in many places no investments targeting young people on the part of relevant authorities, we have examples of success.

Young people are redefining their role in the political arena across the continent. There are many examples of those across the continent that have taken it upon themselves to ensure that young people are part of the decision-making cohort. Youth are engaging in all aspects of governance, including community leadership, national politics, and policy development through taking political leadership positions. I have recently worked on a case study report with the AU Commission Youth Development and have seen firsthand examples of such as these – examples of young innovators in technology, agriculture, and in social enterprise. This is one of the reasons for optimism – the potential young people have to offer across the continent.

Other reasons are based on sound programs that can be seen on the ground, including the aforementioned commitment by African leaders. These also include the recommendations borne of youth across the continent on policies that affect them. One such example is the recommendation coming out of the African Youth Forum in April 2011 calling for a Youth Policy Index. Such a measure, if utilized, will be common across the continent and help to ensure that particular indicators for youth development policies are met. Tools like this will help coordinate youth development priorities in each country – yielding results on the continental level.

Countries across Africa have the potential to ride the demographic transition train in more or less the same path as East Asian countries did. Reports have suggested that the last 15 years have seen Africa’s fastest period of economic growth, a period where a new generation, though small, has made a significant input to GDP.  I believe that this suggests that the continents’ best asset and opportunity to make a difference is its burgeoning youth population.

For those who have taken the time to look at the quantitative research on demographic dividends, I suspect you will have come to the same – or at least similar – conclusion. Harnessing the momentum gained from commitments to young people in 2011 is critical for development across the continent. Africa’s young enterprising and dynamic minds are a “quarter of a billion plus” and the sheer size of this demographic group is a call in itself that the time is now.