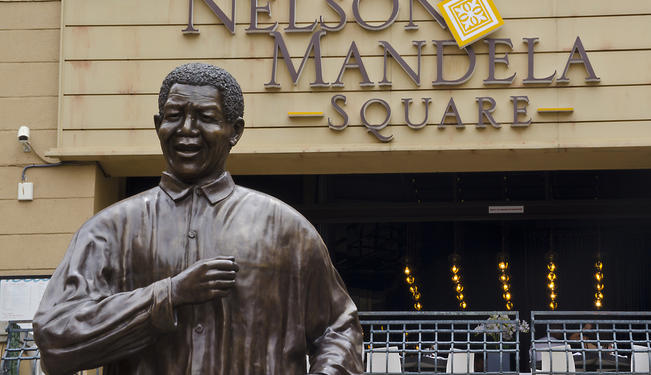 South Africans ponder over what lies ahead in the post-Mandela years.

By Jeffrey Herbst and Greg Mills

Nelson Mandela’s leadership has been justly celebrated. He is rightly recognised as one of the great figures of our time. Many will also ask how South Africa will fare without Mandela and if his passing might mark a new stage for the country. That answer is already largely in and it is not particularly attractive.

Mandela left power in 1999, graciously serving only one term and thereby consolidating South Africa’s democracy. Since then, he has largely been out of the spotlight and even before his debilitating illnesses, has not played much of a public role. His chosen successor, Thabo Mbeki, served as president until 2008 when the ruling African National Congress (ANC) decided to recall him and was succeeded by now President Jacob Zuma. Since apartheid formally ended in 1994, about 40% of the population has been born. The post-Mandela era has been upon South Africa for some time.

The accomplishments of post-apartheid South Africa should not be understated. The country has managed to maintain political stability and retain the institutions of democracy that were established nearly 20 years ago. Most other African countries had already succumbed to a round of one party or military rule at a similar point in their post-independence history. South Africa has managed to deliver health, electricity, water and education to millions who were previously systematically denied. A burgeoning black African middle class has emerged. Economic growth has been positive and steady (although not spectacular).

South Africa has played an important role in African affairs, including peacekeeping in some difficult spots that the rest of the world has preferred to avoid. But recent years have been less impressive than when Mandela was president, and there are real concerns about the road ahead. Mbeki was a colossal failure in some regards, most notably in refusing to address the Aids pandemic that affects South Africa. His policy failures, despite that South Africa’s medical establishment was probably better equipped to address Aids than almost any on the African continent, led to perhaps 300,000 preventable deaths.

President Zuma seems mainly interested in his own self-aggrandisement. Certainly, the rise in corruption has been palpable. There was considerable corruption during the white regime (especially when sanctions-busting encouraged a climate of breaking the rules generally) but things have got worse. For instance, South Africa was ranked 34th in Transparency International’s Corruption Perception Index in 1999, the year Mandela left office. In 2012, the same survey ranked it 69th.

From High Ideals to High Living

The high ideals of the ANC have, it seems, been replaced by high living. It looks increasingly like a legacy party, trading much more on its past accomplishments than its future promise. To date, it has not been challenged decisively both because it has extremely broad support (more a church than a party) and because it did deliver political freedom without paying the cost of a bloody rebellion. That should change.

The Democratic Alliance (DA), the official opposition, has been a voice in the wilderness for years but has come to control the Western Cape Province, in good part because of a good record of service delivery when its leader, Helen Zille, was mayor of Cape Town. Its trajectory from under two percent of the vote in 1994 suggests that its aim to increase this from 17% now to over 30% in the forthcoming 2014 election is not far-fetched. More recently, Mamphela Ramphele, a significant figure in the struggle against apartheid, founded Agang, another political party that has been a scathing critic of Zuma.

Both of those parties have their problems — the DA still has the reputation as a white party while Ramphele is seen as trying to settle old liberation politics scores (she was the mother of Steve Biko’s children, when Biko was seen as a competitor to the ANC). But the day when the ANC will face a real opposition capable of defeating it in a free and fair election is coming. No doubt, the prospect of such a loss will increase corruption within the ANC as it uses all available patronage levers to stay in power.

At the same time, the Zuma government has not been able to adopt reforms that would put a dent in South Africa’s extraordinary unemployment. Nearly 37% of the country’s 50 million people are unemployed, and this figure is twice as high among youths. Until now, the government has reduced poverty and shored up political support through extending welfare. Social grant beneficiaries increased five-fold between 1997 and 2011 to number 16 million, more than twice those paying personal income tax. But while poverty fell dramatically, unemployment doubled and the burden on the taxpaying population increased to unsustainable levels.

Not only are there more people on welfare than employed, but in 2013 the government overtook the private sector as the single largest employer — a tipping point if ever there is one. There are real limits to the government’s ability to further redistribute from rich whites to poor, not least since this wage bill is paid for by private sector taxes. And the economy has been burdened by related challenges of low growth, direct investment, and productivity.

On the eve of the transition, it was widely noted that the ANC would have to rework its relationship with the unions because the relatively high wages that the employed in South Africa received would serve as a deterrent to potential investors. That advice was not heeded. South Africa has a wage scale that makes it uncompetitive globally, while keeping many impoverished because no one can afford to hire them.

It would have taken near perfect leadership by Mandela’s successors to solve even some of the extraordinary problems inherited from apartheid. In fact, South Africa’s leaders since 1999 have been poor and represent a sharp decline from the example Mandela set. The issue facing South Africa is no longer racial reconciliation: the white population has either left, made their peace with the new order, or have nowhere to go.

Might fundamentally South Africa create an economy and political system that allows the hopes of the peaceful transition from apartheid to be realised? The answer to date is no. South Africa will need to find a leader not in the heroic mould of Mandela, but someone who is capable of creating a political constituency to overcome the corruption and old politics that is holding the country back from realising the great man’s vision.

*[Note: Jeffrey Herbst is the president of Colgate University and Greg Mills heads the Johannesburg-based Brenthurst Foundation. This article was originally published by the RSIS.]