As the conflict in Mozambique continues and possibly intensifies, there is a high risk of further violence, with the potential to affect civilians in the northern and central parts of the country.

Political tensions have escalated in Mozambique since the beginning of 2016 due to growing clashes between the FRELIMO-led government and the Mozambican National Resistance (RENAMO) opposition group, led by Afonso Dhlakama.

The violence has been concentrated in the six provinces where RENAMO has a strong presence: Manica, Zambezia, Nampula, Niassa, Sofala and Tete. The fighting is reported to have been especially fierce in Tete, Mozambique’s main coal mining hub, from where 11,000 civilians have fled into Malawi since January, according to the United Nations High Commission for Refugees. It is likely that high numbers of people are also being displaced in RENAMO’s principal strongholds of Inhambane and Gorongosa, though both are too remote and too far from an international border to be properly detected.

The escalating conflict poses a serious threat to civilians in Sofala, where RENAMO fighters have repeatedly opened fire on buses and private vehicles along the EN1 highway, Mozambique’s main north-south arterial road.

On February 25, Renamo launched two attacks along the EN1, the first against a 90-vehicle convoy traveling under armed escort near Zove, and the second between Maringue and Caia, wounding one person and damaging vehicles. Further shootings were reported on March 6, when gunmen opened fire on a bus near Catandica, in Manica province, killing two people and injuring eight others. Two days later, RENAMO staged a new attack along the same route near Nampula. On February 8, RENAMO threatened to set up checkpoints on the EN1 and EN6 highways, posing a further threat to vehicles traveling along those routes.

In response, the United Nations (UN) has implemented travel restrictions on all field missions in Sofala, Manica, Tete and Zambezia provinces, limiting travel for only essential tasks. Meanwhile, some bus companies suspended services on inter-provincial routes in Sofala province on March 10.

The latest spell of violence began after a peace deal between RENAMO and FRELIMO, signed in August 2014, broke down following Mozambique’s disputed general election in October of the same year. The peace agreement was signed after 18 months of low-level insurgency, when RENAMO declared it had rescinded the Rome Peace Accord that ended Mozambique’s 1977-92 civil war between the two groups.

As with the latest violence, the 2014-15 conflict saw repeated shootings on the EN1 highway and small-scale attacks in central and northern Mozambique. Although the government managed to convince RENAMO to re-join the peace process with promises that Dhlakama would be able to campaign freely in the 2014 election, the deal broke down shortly after the vote when the group accused the government of electoral fraud and rejected the outcome of the election, which President Filipe Nyusi won. RENAMO has since declared it would rule by force in the six provinces where it claimed victory, intensifying tensions between the government and opposition.

No clear path to resolution

Despite tentative steps toward peace talks, there is little prospect of a resolution to the crisis in at least the next six months. RENAMO has refused to join peace talks offered by the government without mediators from the European Union, the Catholic Church and South Africa, a demand that was rejected by the government on March 13.

Moreover, even if the terms of the talks can be agreed, the possibility of a breakthrough is remote. RENAMO has showed little willingness to give up its claim to ruling the six provinces, as this underpins its fundamental assertion that it has a right to share power. Recognizing this, Nyusi has increasingly shifted from a more conciliatory position at the beginning of his presidency to one focused on a military solution to the insurgency, particularly after an earlier round of peace talks broke down in October 2015.

It is possible that the recent violence will continue, although this is unlikely to escalate into another civil war. RENAMO lacks the support and resources it had during the 1977-92 conflict, and there is little doubt of the government’s military superiority.

The Nyusi administration’s aim appears to be to weaken RENAMO’s bargaining position ahead of possible peace talks in the future by surrounding RENAMO’s positions in the central highlands. This has already been seen in the deployment of some 4,500 military and police forces in preparation for a possible offensive in the central provinces of Manica and Sofala, combined with the transfer of 2,000 troops to the district of Gorongosa, where Dhlakama is based.

Such an offensive could lead to an escalation in fighting in the coming weeks, although it is unlikely to eliminate RENAMO, which has a long history of operating in the remote mountains of central Mozambique from where it can carry out frequent hit-and-run attacks on government forces.

In addition, an offensive would serve to increase the likelihood of spillover affecting civilians, along with logistics and infrastructure projects vital to the country’s economic development.

As the conflict persists, the EN1 and EN6 highways will remain particularly vulnerable to disruption, and the Zimbabwean and Malawian borders are likely to see movements of large numbers of refugees in the coming months. The developing conflict may also impact mining activities in Tete province, as well as infrastructure projects along the Nacala logistics corridor, which links Tete with the port in Nacala via Malawi.

As such, a continuation of the fighting threatens to undermine Mozambique’s economic development and prolong the country’s recent history of instability.

*[A version of this article was originally published by PGI Intelligence.] 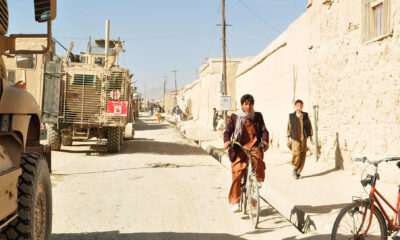 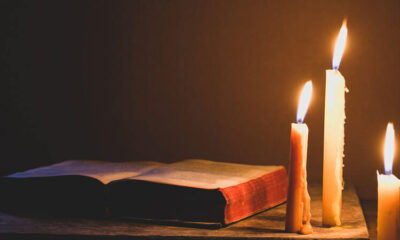 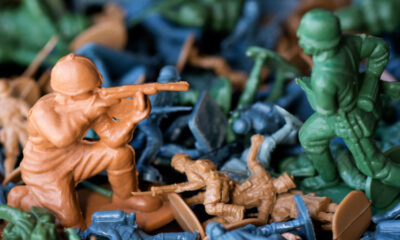 We May No Longer Be Able to End Wars