As General Khalifa Haftar’s troops continue to battle the UN-recognized Government of National Accord for the control of Libya’s capital Tripoli in a “final push,” it is evident things might get worse than they already are for the country that has been engulfed in conflict since 2011. Despite prolonged conflict in what was once one of Africa’s more stable economies, the African Union has not shown much commitment to helping solve the crisis in Libya that is affecting other African nations across the continent.

Thanks to its strategic position, porous borders, lawlessness and an abundance of militia groups, smugglers and cartels, thousands of Africans — mostly from Ghana, Nigeria, Cameroon, Zambia, Senegal, Gambia, Benin, Niger, Sudan and countries in the Horn of Africa — risk their lives traveling across the Sahara desert into Libya. They then follow the Mediterranean route, paying ruthless traffickers at least $1,000 to be smuggled into Europe.

Most of the migrants say they save for years to meet the expenses for this journey to a better life. Desperate to escape poverty, disease, unemployment and conflict, only a small fraction of the thousands of migrants actually manage to set foot in Europe.

Before they get far, many die in the desert. They either fall off the back of the overcrowded pickup trucks or collapse due to immense heat. The stopovers in Tripoli, which can last months or even years, give immigrants an opportunity to work casual jobs to meet the expenses of the next phase of the journey to Europe. But vulnerable migrants are often kidnapped by rival smugglers fighting for the control of the lucrative human trafficking business only to be released after their families back home pay a ransom.

For those who manage to make it past these hurdles, the actualization of the European dream is still nowhere in sight. While thousands manage to cross the Mediterranean Sea into Europe, many drown in the sea along with their dreams of a good life, never to be found. According to the International Organization for Migration, at least 1,041 people died in the Mediterranean in 2019, a decrease from 2,299 in 2018.

Thousands of African migrants in Libya who are either intercepted at sea by the Libyan coastguard or arrested in Tripoli or during their journey trying to enter or leave Libya, are being detained in inhumane detention centers across the country, some of them in conflict areas. Those held in these centers are said to number at least 5,000 and have no access to medical attention or adequate food. Overcrowding means disease, making life in Libya no different, or perhaps even worse than the epidemics they are running away from in their home countries. There are widespread allegations of malnutrition, torture and risk of auctioned off into modern-day slavery for as little as $400.

In July 2019, 44 were killed and 133 injured, the majority of them from Sudan, Eritrea and Somalia, after an air raid on a migrant and refugee center near a military camp in Tajoura suburb of Tripoli. The section of the center hit held some 150 of the 600 migrants and refugees. The UN-recognized government blamed Khalifa Haftar for the attacks. The UN has since called for the dismantling of the detention centers saying they are not fit to house migrants.

While Sudanese were demonstrating and waging a revolution back at home in 2019 and trying to cope with and initiate a successful post-dictatorship era, some of their young men who could help rebuild the nation, which was under the rule of Omar al-Bashir for 30 years, were being recruited to fight alongside Khalifa Haftar in Libya.

In August 2019, the newly formed transitional government of Sudan intercepted seven members of the Revolutionary Awakening Council from Sudan’s Darfur ethnic group who were alleged to be headed to Libya to fight in Haftar’s Libyan National Army. In November, the UN accused Sudan and Mohamed Hamdan Dagalo, the head of Sudan’s Rapid Support Forces, which has its roots in the infamous Janjaweed militia and has carried out brutal counterinsurgency operations in Darfur as recently as 2015, of violating UN sanctions by deploying 1,000 troops to Libya.

Almost a decade since the beginning of the Libya crisis that grew out of the 2011 Arab Spring, the war in Libya does not seem to be nearing a resolution, with foreign interference and outside interests clashing on the ground in the oil-rich county. The ongoing conflict means that more immigrants will be detained in Libya. Some will die in the Mediterranean or, as Haftar’s offensive continues, African fighters will end up joining Libya’s warring factions.

The European Union and the United Nations continue, with more than questionable results thus far, to look for strategies to stem the refugee crisis in which Libya is a major point of passage. But it is the responsibility of African leaders, especially in West Africa, to create employment opportunities and encourage small-scale enterprise to keep their citizens away from the temptations and the hopelessness that drive them toward Libya. 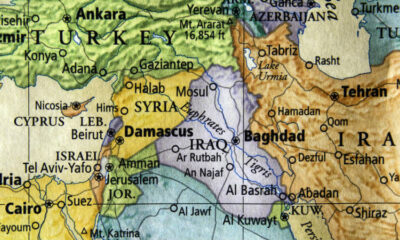 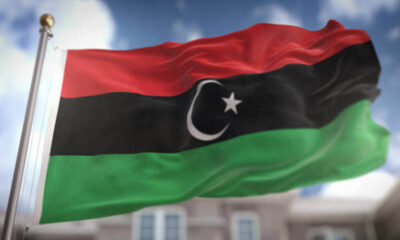 Who Will Govern Libya Later This Year?