Political spats and rifts in the Middle East could lead to proxy wars and potentially redraw demarcation lines for new states in parts of Iraq and Turkey.

The Middle East is witnessing a total makeover that may change the rules of war, peace and stability not only in the region, but also the world. This shift is directed by Russian President Vladimir Putin and Turkish President Recep Tayyip Erdogan.

Turkey has signed an agreement with Russia to buy the world’s most sophisticated S-400 anti-air missile system in a deal valued at $2.5 billion. The move is set to establish a strategic alliance between the two countries — a sign of pressure from Ankara on the West and its potential backup plan of an alliance with Russia, after 55 years of membership to NATO. The S-400 system has a range of 400 kilometers (248 miles) and can shoot down up to 80 targets simultaneously, aiming two missiles at each one.

Vladimir Kozhin, a military adviser to Putin, said the S-400 contract was “strictly compatible with our strategic interests.” He added that the contract was signed and Turkey put a down payment. Thus, preparations are underway for receiving the first batch of these missiles. Erdogan confirmed the deal, which has caused concern in Washington and Brussels, especially when the Turkish president stated, “We are the only ones responsible for taking security measures to defend our country.”

Further east, Iran signed a similar agreement to acquire the less sophisticated S-300 missile system; however, Tehran had to wait several years before it was handed the system just a few months ago due to embargoes. In the case of Turkey, this might be different. It isn’t under sanctions, it has (so far) not been accused of funding and supporting terrorism, and it is considered an ally of the West and a founding member of NATO.

Turkey has the second-largest army in NATO and, since the downing of the Russian jet over Syria in 2015, Ankara has been establishing closer links with Russia after ties with the US and the European Union have soured. Erdogan has repeatedly announced his opposition to US military support for Syrian-Kurdish fighters (YPG), citing their connection to the rebel Kurds in Turkey.

The importance of this deal stems from two main elements. First, Russia has refused to sell the system to Israel many times. Second, the frequent visits of Israeli officials to Moscow have not succeeded in convincing the Russian leadership not to sell the system to Iran and Turkey. The Russian leadership could not have decided to sell these missile systems, the crown jewel of its military industry, had it not been positive with its new strategic alliance with Turkey and the latter’s desire to turn its back on the West and look eastward toward Russia and China.

Putin’s close associates are now talking about a major change in the Russian president’s position, centered on the need for a strategic alliance between the Muslims and the “Romans” — the Romans, in Putin’s eyes, being the Orthodox Russians, with the Russian Orthodox Church as their center of gravity. (Russia sees itself as a guardian of Orthodox Christians in the world, mainly in the Middle East.) The proposed alliance extends from Constantinople (present-day Istanbul) to Moscow and includes Russia, Iran and Turkey. The new alliance will help prevent the fall of Syria into the hands of American allies, including preventing the establishment of a Kurdish state. It seems that Erdogan shares the same vision with Putin, as can been seen from their cooperation during the Astana talks and the establishment of the fourth de-escalation zone in Idlib, near the Turkish border.

Russia would, at least tacitly, acquiesce to any major Turkish operation against the Kurds in the region. And this crystallized during a recent Astana meeting when Moscow authorized Turkish troops to intervene in Idlib. This is another green light for Turkey to take part in controlling areas near its borders with Syria — from Idlib to Bu-Kamal in northeastern Syria, which is under the control of Kurdish forces.

Since the beginning of 2017, with the launch of talks in Astana, the participation of Russia, Iran and Turkey, along with representatives of the Syrian armed factions and a delegation from the Syrian government, has played a major role in reaching a ceasefire in most of Syria. The US was not represented at the meeting from the outset, but attended later on. However, Heather Nauert, spokeswoman of the State Department, said the Americans were always cautious about the Astana agreement regarding the de-escalation zones in Syria. She added that the United States has “reason to be cautious” about the chances of the deal succeeding.

Erdogan’s comments at the recent Organisation of Islamic Cooperation summit show that he intends to ease tensions with Syrian President Bashar al-Assad, when the Turkish president said that Syria is the cradle of civilization in the region and foreign powers should not be allowed to carve it up.

This suggests the formation of a four-nation alliance between Russia, Syria, Iran and Turkey. The new alliance would likely consider an attack on Idlib to liberate it from al-Nusra fighters once the battle for Deir ez Zor is over. Thus, Moscow would undoubtedly continue leveraging its relationship with Tehran and Ankara to form this alliance to ease sanctions against Russia and Iran on one hand, and to lure Turkey further away from its Western allies.

Though both Russia and Iran share a convoluted history, what unites both nations is their common interest to reduce American and Western influence in the Middle East. Tehran and Moscow have put their differences and rifts aside and opted for cooperation in various fields, including energy and trade. A study by Center for Strategic and International Studies shows:

“Economic relations between Turkey, Russia, and Iran are dominated by energy and low-end commerce. Turkey-Russia economic relations remain mutually beneficial; however, the two countries would be hard pressed to achieve the goal of $100 billion in total trade volume. Turkey is the third largest market for Russian gas and also imports substantial oil, coal, and petroleum products. They are pursuing cooperation in development of nuclear power and may link electrical grids around the Black Sea. While there are significant economic opportunities in Russia and Central Asia, Turkey is disinclined and unable to change its economic and foreign policy orientation away from the European Union and the United States.”

On the other hand, Iran has pursued a pragmatic policy to build closer economic and energy relations with its immediate neighbors to boost regional cooperation, strengthen security and lower the effects of international sanctions. This has resulted in Russian military, economic and political support to Iran on the international arena. The culmination of this cooperation was obvious when, in August 2016, the Russians took the world by surprise when they used Iran’s Hamadan airbase to strike targets in Syria. It is the first time ever since World War II that a foreign country had used an Iranian military base.

Similarly, Moscow’s foothold in Libya is growing, with Putin increasingly supporting General Khalifa Haftar, head of the Libyan National Army, whose officers are trained in Russia. (Haftar opposes the UN-brokered and internationally recognized Government of National Accord in Tripoli.) The general has paid many visits to Russia in the past few months seeking military and political support to gain control over the whole of the country. After the fall of Muammar Gaddafi’s regime in October 2011, Russia has lost not only billions of dollars of investments, but also its access to the Benghazi port. Russia considers Haftar as a key in its access to Libya. Moreover, Russia has provided the Tobruk government with military expertise, and in May 2016, it printed 4 billion Libyan dinars ($2.8 billion) for the Central Bank of Libya, transferring the money to Haftar days later.

Another important matter is that Putin and Haftar share an interest in the exploitation of the Libyan energy sector to be able to set the world’s oil and gas prices. This is Putin’s strategic thinking: to control the global gas and oil sectors in order to be free from pressure from other countries.

The Middle East and North Africa (MENA) region is changing, and the coalition and alliance map is being redrawn rapidly at a time when the fate of many states in the Middle East is at stake. Many political spats and rifts could lead to proxy wars and potentially redraw demarcation lines for new states in parts of Iraq and Turkey, with new partnerships that would determine the future of MENA for the coming decades. 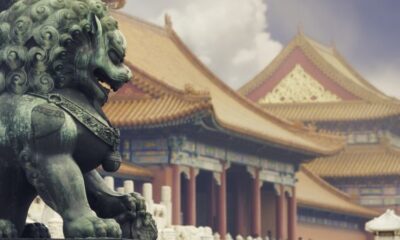 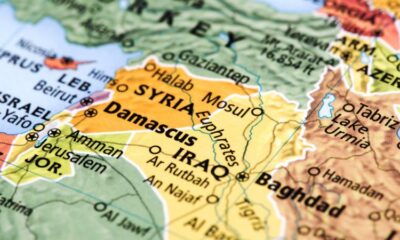 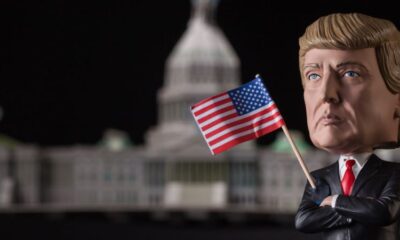