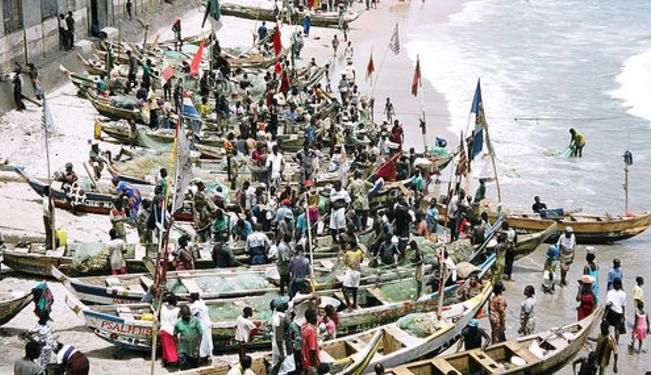 By  Kwei Quartey
Rather than fostering development, the workings of the oil industry in Ghana seem to be damaging communities and re-routing wealth out of the country.

In 2007, substantial oil deposits were discovered in the Jubilee field off the coast of Ghana’s Western Region, and production began in 2010. As a result, Sekondi-Takoradi, the region’s coastal capital, has gained new prominence in a country whose most high-profile urban center has generally been the national capital of Accra. There is already unmanageable congestion at Takoradi Harbor.

During my visit to Ghana in March 2012, I was eager to assess the mood of the country in light of its much-touted new oil industry. The initial euphoria over the discovery of petroleum has clearly waned, giving way to widespread skepticism and lowered expectations among both the press and the public at large.

With a fatalistic shrug, one taxi-driver told me that “it won’t make any difference” to ordinary people.

This cynicism has been abetted by accusations of impropriety, creditable and otherwise, leveled at the multinational petroleum companies operating in Ghana. The challenge is in telling which is which.

For example, there are a number of conspiracy theories about why the level of oil production from the Jubilee field, originally projected at 120,000 barrels per day (bpd), reached a peak of only about 70,000 bpd in 2011. One claim I heard is that the oil companies really are producing the target amount, or even more, but are using an “incorrect” manometer that understates the actual amount. The 50,000 bpd difference is “sold on the side” to some secret buyer somewhere and the oil executives pocket the money. However, the journalists and oil engineers I spoke to thoroughly discounted this scenario. The logistics alone of getting several partner companies to conspire to carry out such a fraud would be well nigh unworkable.

As a drilling supervisor explained to me, the shortfall doesn’t stem from anything quite that nefarious. Rather, the problem probably has to do with a flaw in the design of the screen and proppant that goes into a well bore to prevent sand and rock from contaminating the extracted crude oil. The technical glitch is beyond the scope of this article, but some observers believe it might have been avoided if the Jubilee field had been less fast-tracked than it was. In other words, the rapid development of the Jubilee field may now be showing its downsides.

Rumors and innuendo about Ghana’s oil industry proliferate because the industry lacks transparency, which is at least in part a reflection of the Ghanaian government’s insufficient oversight. For some time, the government-owned oil company, Ghana National Petroleum Corporation (GNPC) — which is a carried interest partner with private multinationals like Tullow, Anadarko, and Kosmos — also acted as a regulator. The Petroleum Commission Act passed in June 2011 was designed to obviate the potential conflicts of interest that could arise from such an arrangement.

Where Are the Jobs?

Although the Ghanaian government has stated that it wants to see 90% of all oil jobs going to Ghanaians by 2020, it has fallen short of producing a local content bill in parliament, leaving oil companies with considerable leeway to contract any entity of their choosing. One company was reportedly importing bread, baked beans, carrots, corn, and other items from other countries (including neighboring Côte d’Ivoire) to feed its employees. And according to award-winning Takoradi journalist Kwaku Owusu-Peprah, Ghanaian Airline Antrak Air was passed over in favor of the European company NHV. Ironically, on occasions when NHV has had difficulties filling Tullow’s schedule requirements, it has asked Antrak for assistance.

Clearly, Ghana’s local supply industry cannot be carved out of the deal and excluded. On the other hand, if there are deficient areas, then both government and private enterprise need to step up their efforts to satisfy the consumption requirements of the oil companies.

But where Ghana’s oil industry has failed to stimulate some sectors of the economy, it has actively menaced others. For example, the nets of Ghanaian fishermen can become snagged on the rigs and sea floor installations, causing considerable hazards. For that reason, a 500-meter zone of prohibition has been imposed around oil facilities and vessels at sea. If fishermen breach this boundary, they risk running afoul of regulations imposed by the Ghanaian navy, whose fishery protection vessels are on standby in the vicinity of oil installations and vessels.

Understandably, Ghanaian fishermen feel that their government is not on their side, and point to the absence of protections for their livelihood. There is no government plan or fund in place to compensate fishermen in the event of an oil spill, which has apparently already occurred at least once.

Fishermen foster considerable animosity toward the petroleum industry, not least because of a number of collisions between fishing canoes and supply vessels. They also assert that oilrigs deprive them of large catches at night, when fish swarm to the bright lights of the rigs. They maintain that the decreased fish yields recorded since 2007 are due directly to offshore oil exploration and production. With the inevitable proliferation of more oil installations in the Gulf of Guinea, the fishing community worries that an overwhelming number of new restricted areas will proliferate. These fishermen ask with more than a little irony if there will be fishing zones established that are off-limits to oil companies.

In drawing attention to the threat made by oil exploration and production to their livelihoods, these fishermen invoke the larger question of how ready Ghana is to manage the environmental challenges of this notoriously dangerous and polluting industry.

As Ghana feels its way along the path of oil production, a mood of fear and suspicion pervades a broad cross section of the Ghanaian citizenry who feel that the deck is stacked against them. Like the cab driver above, they believe that both now and in the future, oil prosperity will accrue to a tiny minority that includes petroleum CEOs, expatriate employees, and well-connected ministers of government – a coterie too exclusive even to constitute the 1 percent. 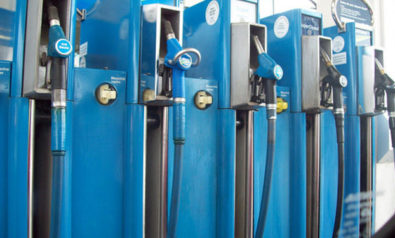 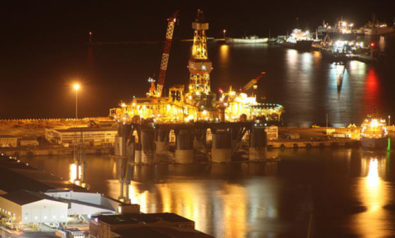 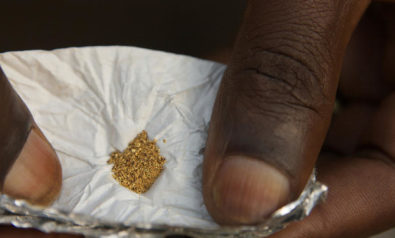