Presidential, parliamentary and municipal elections will take place in Burundi on May 20. The previous polls in 2015 brought the country to the brink. After the ruling party CNDD-FDD proposed that President Pierre Nkurunziza run for a third term — which was considered unconstitutional by many — there were street protests, mainly in the capital city Bujumbura, a military coup attempt was narrowly defeated, around a thousand people were killed by the police and hundreds of thousands fled the country.

Added to this, the CNDD-FDD split, with some of its most competent leaders fleeing abroad. Opposition politicians, journalists and civil society activists went into exile. International observers expressed fear that a genocide was in the offing. Donors imposed sanctions expected to bring the regime to its knees. Rebel forces, supported by neighboring Rwanda, started operations intended to topple the regime.

Africa’s Mixed Record on Keeping Up With UN Goals

But that didn’t happen. The elections went ahead and Nkurunziza was elected with a large margin. All the institutions remained in place and more or less functioned. While there was violence, it never came near to genocide. Above all, the regime played the card of “normality” — it practiced business as usual and ignored international pressure, helped by a divided regional community. Both the political and armed opposition abroad were inept and failed to seriously jeopardize the regime’s survival. Despite the economic crisis, partly but not exclusively a result of the sanctions, it has remained standing.

Important developments have taken place in 2019 and early 2020 during the run-up to the elections, altering the political playing field. The most important one is that Nkurunziza will not run for the presidency. When he announced on several occasions in the past that he would abide by the constitution and that his current (in his eyes his second) term would be his last, this was met with considerable skepticism, in part informed by experience elsewhere in Africa. However, he kept his promise and, on January 26, the ruling party selected General Secretary Evariste Ndayishimiye as its presidential candidate. Less than a week earlier, parliament had graced Nkurunziza with the title of “Supreme Guide of Patriotism,” and gave him a “severance pay” of around €500,000 ($543,000) and a “villa of high standing”.

There were other significant events on the road to the polls. The Congrès national pour la liberté (CNL), led by the deputy speaker of the National Assembly, Agathon Rwasa, who is considered the most important opponent, was registered. Rwasa is one of six presidential candidates approved by the electoral commission CENI (a seventh one was added by the constitutional court), and he is certainly the most serious challenger of the CNDD-FDD contender. Experience elsewhere in Africa has shown that the polls are more open if the incumbent doesn’t stand.

On the side of the opposition in exile, the Conseil national pour le respect de l’Accord d’Arusha pour la paix et la réconciliation au Burundi (CNARED), marred by internal dissensions and defections in the past, formally split at the end of December 2019, with one side considering returning home and participating in the elections and the other remaining intransigent. Neither fraction is likely to have much political impact.

In the meantime, both the international community, the European Union in particular, and regional leaders have lost interest and leverage on Burundi’s political development. This is in part due to fatigue in the face of the regime’s resilience toward outside pressure and the ineptness of the opposition offering no alternative. This tendency to return to normal relations is reinforced by the fact that the main reason for sanctions, namely Nkurunziza’s resolve to hang on in 2015 and the ensuing violence, has now disappeared.

Meanwhile, the soon-to-be-released Bertelsmann Transformation Index (BTI) 2020 report on Burundi illustrates how its international cooperation is slipping. Judged on how far the political leadership is willing and able to cooperate with neighboring countries, the national score fell from seven out of a possible 10 points in 2008-18 to a mere three points in 2020. Meanwhile, the government’s role as a credible and reliable partner in its international relations remained low, scoring just three out of 10 points.

The human rights situation continues giving serious cause for concern. Gross violations include assassinations, forced disappearances and arbitrary detentions of political opponents, in particular those of the CNL, journalists and human rights defenders. In February, the minister of the interior requested a list of local staff members of international NGOs with their ethnic identity, creating fear of further government meddling.

Another key issue for the country is hostile relations with its northern neighbor Rwanda. For several years now, both countries have been trading accusations about the other’s support for subversive groups. In recent years, several incidents have taken place on or near their common border, most notably in November 2019, when a Burundian army position was attacked, leaving at least 17 military killed and dozens wounded. The Burundian government formally accused the Rwandan army for the attack, which Rwanda denied. An investigation was carried out by the Expanded Joint Verification Mechanism (EJVM) of the International Conference of the Great Lakes Region (ICGLR) in December, but no report was available at the time of writing.

The likely outcome of the approaching electoral period is that Burundi will experience more of the same. Business has become so usual that the May polls will in all likelihood take place in an orderly fashion and return more or less functional institutions. Both political and technocratic/bureaucratic governance are flawed, and there is no reason to believe that they will significantly improve.

This scenario can perhaps be averted if the new president, in all likelihood Evariste Ndayishimiye, cautiously moves away from his predecessor’s policies. For this to happen, he will need to strengthen his position within the ruling party and to be supported by domestic and external players. 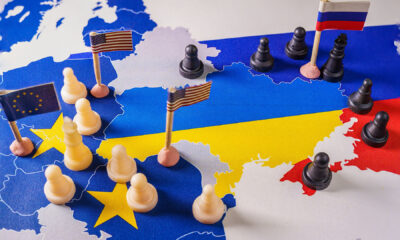