By introducing anti-terrorism and counterterrorism measures, al-Shabab can be prevented from controlling East Africa.

Harakat Shabab al-Mujahideen, more commonly known as al-Shabab, originated and operates in East Africa and is very influential along the Horn of Africa in Somalia. The terrorist organization came into force in 2006 as a clan-based insurgent group.

In the early 1990s, Somalia plunged into violence after the overthrow of President Siad Barre in 1991. Consequently, the country saw years of fighting with warlords vying for the top position to rule. In 1994, the Union of Islamic Courts first appeared in Mogadishu to uphold law and order. This was a huge success, but there were still many years of violence ahead. In 2000, various strands of the group merged and formed independent courts. These spread from Mogadishu into other parts of the country, consolidating Islamist power.

During 2005, the influence of the Islamic Courts began to intrude on the power of warlords in Mogadishu. Consequently, the capital of Somalia saw a number of assassinations and disappearances, which were blamed on the United States.

During this time, al-Shabab, a military force whose name means “the youth” in Arabic, was put together. At first, its role was seen as implementing the Islamic Courts’ legal authority for the distribution of justice. Later, al-Shabab started to kill security officers and politicians from the Transitional Federal Government. These killings were in retaliation for the death of Islamic Court personnel, a tit-for-tat scenario. After much fighting, warlords fled Mogadishu as al-Shabab gained complete control of the city.

Following the defeat of the Union of Islamic Courts in 2007 by Ethiopian forces, al-Shabab began to operate as an independent group and rejected the Djibouti peace process. It is believed the group was trained by the Afghan Taliban and modeled itself in a similar fashion. Al-Shabab is a hierarchal terrorist organization with independent components such as cells, units and divisions.

Al-Shabab’s goals are to create an Islamic state governed by sharia law, the removal of foreigners from Somalia and to wage jihad against the West. The terrorist group has a religious ideology that leans toward Salafism. The group has carried out kidnappings, shootings, assassinations and suicide bombings, and utilized improvised explosive devices (IEDs). It has also conducted attacks on foreign countries that support the African Union Mission in Somalia’s (AMISOM) backing of the Somali government. Both Kenya and Uganda contribute soldiers to AMISOM.

Al-Shabab has been involved in high profile terrorist attacks, most recently in Nairobi on September 21, 2013, at the Westgate shopping mall. On March 18, the terrorist group announced it was going to attack Ugandan fuel depots and vehicles crossing the border into Kenya.

Al-Shabab was linked to al-Qaeda in a formal announcement reported on February 9, 2012, in the Long War Journal. The leader of al-Shabab, Mukhtar Abu Zubayr, pledged his alliance to Ayman al-Zawahiri, the chief of al-Qaeda.

On February 26, 2008, the US State Department designated al-Shabab as a foreign terrorist organization. In 2012, the Rewards Justice Program added several members of the group to the Federal Register, and offered large sums of money for information over the capture of its members.

It was reported on June 25, 2012, that al-Shabab attempted to coordinate attacks with al-Qaeda in the Islamic Maghreb (AQIM) and Boko Haram in Nigeria. All three groups have a similar goal of turning countries and regions into Islamic states. This would be a huge threat to North, West and East Africa, if allowed to proceed. The three groups would synchronize and distribute weapons and explosives between them.

Al-Shabab has been involved in high profile terrorist attacks, most recently in Nairobi on September 21, 2013, at the Westgate shopping mall. On March 18, the terrorist group announced it was going to attack Ugandan fuel depots and vehicles crossing the border into Kenya. Uganda had previously been targeted by al-Shabab militants in Kampala in July 2010, showing that the organization can operate internationally throughout Africa.

Funding for al-Shabab comes in several forms. One possible funding source comes from Eritrea, though its government strongly denies the allegations. Middle Eastern nations reportedly provide support as well. Another source of funding is the poaching of elephants and sale of tusks on the Asian market. With the open borders between countries and the migration of elephants, they are easy targets and provide a source of high income for terrorist organizations.

A Security Risk for East Africa

Since the new Somali government has been threatened by al-Shabab, the African Union sent in AMISOM, a United Nations-approved force. The organization’s mission is to support the fledgling government as it reestablishes itself, and attempts to bring law and order to a troubled country. Unfortunately, al-Shabab has attacked AMISOM soldiers and troops of other countries providing military assistance in Somalia. NATO has also provided assistance in the form of strategic air- and sea-lifts, experts and training.

Al-Shabab has caused a great deal of insecurity in East Africa, particularly in Ethiopia, Eritrea and Sudan. Somalia’s location means that weapons from Yemen and Iran can be shipped across the Gulf of Aden. From rebel-held territory, this equipment and funding could be transported to a number of other countries, including Nigeria and the Central African Republic.

While American and Kenyan forces attempt to dismantle the leadership of al-Shabab, the terrorist organization is a danger to regional security. For every success that African and American forces have, al-Shabab will attempt to attack in areas that have nothing to do with the conflict, with the aim of further stretching coalition forces.

Impact on the People

Al-Shabab continues to impose the beliefs of a few onto the majority, which impacts the Somali population greatly. The organization imposed a ban on aid agencies in November 2011, impacting the famine of 2011, which could have left half a million people to die of starvation. Aid agencies are often seen as spies who report to foreign governments, or as attempting to impose treatments that are against the beliefs of those who do not know any better.

Without a consolidated plan, the Somali people, and those in other countries affected by al-Shabab, will suffer. The region is prone to famine and drought, and requires a food-assistance plan that can, for the short- and long-term, benefit the people. This would include agricultural inputs, so that less assistance is required in the future from outside resources and help, thus enabling local Somalis to grow their own crops.

A provision for basic health services in cooperation with hospitals is necessary so that health measures can be implemented to prevent disease, especially in children. These services should also provide education regarding clean water and hygiene. Somalia would benefit from areas that are protected for education, which would help in child protection and gender issues.

Without security and stability in the region, these basic services are not available, as al-Shabab has continually attempted to stop them unless it can profit. In order to solidify stability in Somalia and East Africa, it is in the continent’s best interest to support aid agencies and governments in putting an end to al-Shabab’s actions.

Although the area in which the group operates is getting smaller, there is still a long way to go in order to prevent terrorism from flourishing in the region. By introducing anti-terrorism and counterterrorism measures, and by supporting the Somali population, al-Shabab can be prevented from controlling the region. 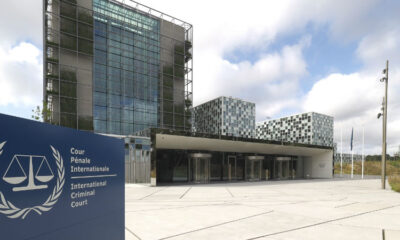 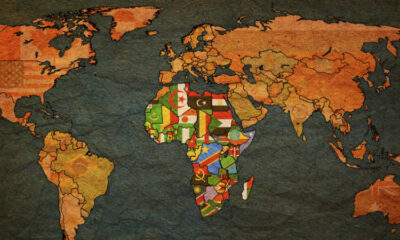 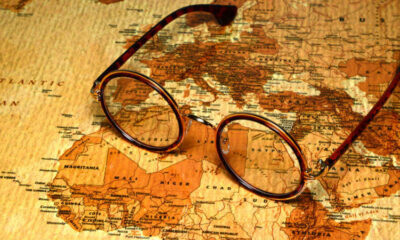