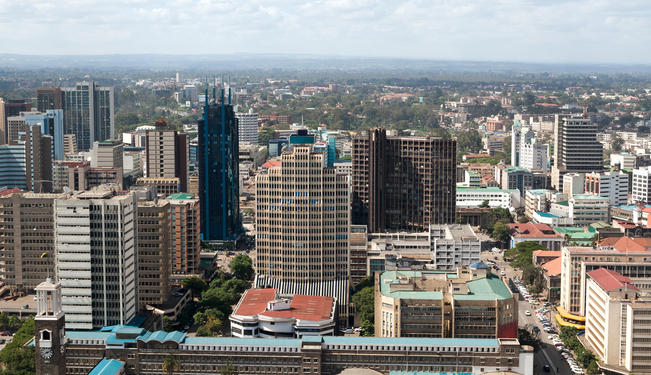 What are the origins of Somalia’s al-Shabab?

Radical Islamists killed at least 67 people in Kenya, while dozens are still missing. Annette Weber talks about the history, structure and ideology of the al-Shabab militia, which is responsible for the terrorist attack in a shopping mall in Nairobi.

Candida Splett: Somalia’s al-Shabab militia claimed responsibility for the terrorist attack in Nairobi. What is this group we are talking about?

Annette Weber: The al-Shabab militia was founded in 2006. Back then, it was the military wing of the Islamic Courts Union (ICU) that ruled Somalia from June to December 2006. The ICU’s regime had then been the reason for Somalia’s neighbors from Ethiopia to intervene, because they wanted to prevent an Islamist government in Somalia. By many Somalis, that was considered to be an occupation. Al-Shabab’s initial aim was to take action against this Ethiopian occupation.

Splett: What happened in 2007, when the ICU was not in power anymore?

Weber: Al-Shabab remained existent and kept pursuing the aim of pushing the Ethiopians out of the country. That led to a lot of support amongst the people of Somalia. After the Ethiopians had left the country in 2009, al-Shabab split into two wings. Until today, there are those who are mainly concerned with turning Somalia into an Islamic state and those who want to promote the international jihad.

Splett: To which of the groups do the Nairobi terrorists belong?

Weber: They belong to the second group: the international Jihadists. Apparently, Somali and Kenyan activists take part in it, but also foreigners with Somali heritage.

Splett: What are al-Shabab’s motives for the attack in Kenya?

Weber: First of all, they demand a withdrawal of Kenyan troops from Somalia. When Ethiopia left the country in 2009, African Union (AU) troops took their place. Kenyans came in 2011, at first independent from the AU. Kenya justified its intervention by referring to al-Shabab’s attacks on police officers and the abduction of humanitarian aid workers at the Somali border.

Splett: Is this how Kenya became an enemy in the eyes of al-Shabab?

Weber: Yes, although more in the eyes of the al-Shabab wing, whose activities are focused on Somalia. It considers itself weakened because of Kenya which now controls the south of the country. With Kenya’s occupation of the harbor city Kismayo, al-Shabab also lost the charcoal trade as an important source of income.

Splett: How does the international wing of al-Shabab justify the attack?

Weber: As I have said, the aim is that Kenya and other AU countries leave Somalia. The terrorists think that their attacks will have an immediate influence on politics. They refer to the attacks in Madrid, after which Spain withdrew its troops from Afghanistan. This is not really about feeling weakened, which this wing does not so much consider to be the case. More importantly, it is part of the global jihad ideology, that more and more countries become caliphates. A Somali caliphate is an important goal, which they could come closer to, if AU troops left the country.

Splett: So the international wing of al-Shabab has not been weakened?

Weber: That is correct. As was shown by the attack in Kenya, al-Shabab is very well-connected in the region. Since February 2012, it has been dubbed as an al-Qaeda affiliate. Although this does not mean that it is part of al-Qaeda’s chain of command, it nevertheless has seen an increase in popularity and less trouble with finding financial support compared to previous years. It has to be said that al-Qaeda is very strong in East Africa and has always used Somalia as a training ground for international jihadists. Cooperation does make sense not only for training purposes, but also for sporadic terrorist acts.

*[This article was originally published by Stiftung Wissenschaft und Politik (SWP), and was translated from German by Annika Schall.]

One Reply to “Ethiopia in Somalia: What Next for Al-Shabab?”