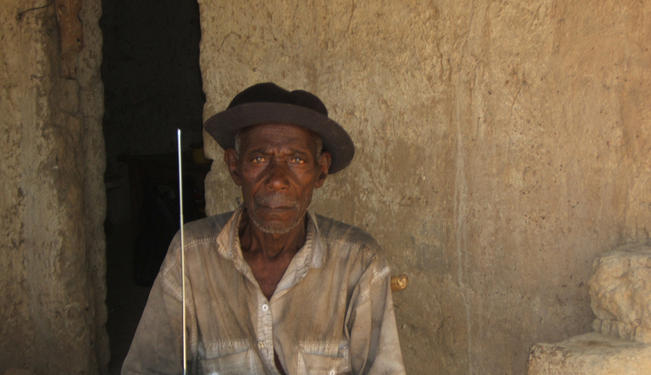 With a rapidly ageing population and high youth unemployment, Africa must evolve its social safety nets for the elderly.

About Ageing: Facts and Statistics

If you ask people on the ground in Africa about the ageing population, the response is, “So? People must get old and the older they can get, the better.” Growing old is a matter of respect, achievement, satisfaction and family legacy. The elderly in any community on the African continent are held in high regard. By default they are bestowed the family role of patriarch or matriarch of a clan or community. This leaves the rest of the community with an unspoken responsibility to take care of them.

An ageing population can be described as a rise in the median age, resulting in an age structure shift. This shift is the result of various aspects, including declining fertility rates, reduced premature deaths, and higher life expectancy. In 2010, life expectancy in Africa was 54.8 years for men and 57.1 years for women.  African Development Bank data states that people 65 years of age and older accounted for 3.6% of the African population in 2010, which amounts to 36m people. The UN Department of Social Affairs projects that this number may rise to 4.5% of the population by 2030, and nearly 10% by 2050.

With this trend, providing services for the ageing population will certainly be a challenge in arenas such as Health Policy, National Population Policy, and Pension Frameworks.. With the changing population dynamics, access and availability of services and income insecurity, social structures supporting the elderly are no longer adequate.

Implications for the Elderly: Social Structures, Then and Now

In the past, the elderly have always relied on family support – living together in order to secure their livelihoods by pooling together financial and social resources as a family, which is mainly done through agriculture. This assured, if anything, income security of the elderly. The living conditions and general health of the elderly are tied to the extended family. But with increasing urbanization and resulting socio-economic pressures, families have broken up and migrated. Taking care of the grandfather or grandmother becomes a great challenge. As a result, the elderly’s income security has been significantly reduced.

In addition to rising migration rates and urbanization, the number of dependants has also increased. This has caused household incomes to be stretched even more with increasing health, education and food costs. Poverty levels are also increasing, despite recent reports of positive economic performance on the continent. And in households led by the elderly, income security is still a major challenge, with those under their care forced to live in poverty with little assistance from family, community or government machinery. And the family can in many cases no longer be at the centre of assuring the wellbeing of the elderly.

Is the youth bulge creating problems for the elderly?

The increasing health problems relating to old age and a limited resource package at the family and government levels are challenging existing structures. The population pyramid of the African continent is following two trends: the old are getting older and the young are increasing in number. Up to 60% of Africa’s population is reported to be less than 35 years of age. Unemployment levels among this population are high. Access to education at primary and secondary levels is improving, but low at tertiary levels. And many graduates are either underemployed, self-employed or not working at all. As a result, the Demographic Dependency Ratio (DPR) increases, though indirectly. With the government having to provide education and employment for a large youth concentration, it should not forget to invest in services for the small but significant ageing population.

Given such a large youth composite and the lack of employment opportunities, young people are leaving home or income-dependence rather late in age. This increases pressure on the DPR not just for the family, but also for social services. With a large part of the continent lacking viable social safety nets for the elderly, Africa must rethink and evolve existing Population Policies pertinent to the ageing population.

What should be done?

This is not to say that the traditional social structures to care for the elderly in Africa were or are inferior. Or that the Western methodology is superior because it is based on pensions, healthcare and assisted living for senior citizens. However, the structured, well monitored and assured service package is certainly a practice worth replicating. Africa should look into ways of evolving the traditional social structures with solid policy support. This would involve defining more deliberate and separate policies for the ageing population which would include more detail, long-term plans, and potential for creation of stems and structures.

Existing systems should be strengthened and people’s savings in pensions should be respected. There have been a number of demonstrations of retirees pushing for payment of unpaid pensions. These scenarios send a negative message to the broader population who choose to put their savings in local social security or pension funds.