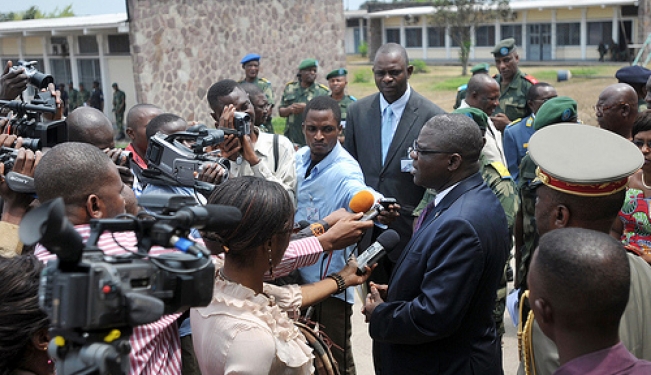 The DRC elections are an evaluation of effective governance.

The Democratic Republic of the Congo (DRC), a large country strategically positioned at the center of the African continent, is currently engaged in muddled preparations for an election that is scheduled to occur in November 2011.  The DRC is a nation of approximately 70 million people that borders nine other countries.  It has been “blessed” with an abundance of natural resources, including the second largest river in the world and some of the most precious metals and minerals.  In spite of its many geological assets (an estimated $24 Trillion in unexplored natural resource wealth, according to a story in the African Business Magazine), the DRC has been plagued by interminable conflict that has resulted in the loss of close to 6 million people since 1998.  According to the United Nations Statistics Division, the life expectancy of a Congolese citizen is less than 50 years, infant mortality is 116 out of 1,000 live births, under age 5 mortality is 199 out of 1,000 children, only 25% of females achieve a secondary level of education, and approximately 71% of the population lives in severe poverty (less than $1.25 per day).  Recently, the DRC has been referred to as “the rape capital of the world” – a testament to the devastation that is ravaging the country.  A recent study by the American Journal of Public Health estimated that approximately 400,000 Congolese women were raped in a 12-month period from 2006 to 2007, equal to about 1,152 rapes taking place everyday.  Understanding the scale of destitution and instability that confronts the DRC is something that truly taxes the imagination.  In 2006, Antonio Guterres, the United Nations High Commissioner for Refugees, said of the situation: “In terms of numbers, a tsunami hits Congo every six months."  The state of affairs in the DRC effectively illustrates the disastrous results instigated by the combination of a shameful colonial legacy and failed government leadership.

The DRC provides us with an effective test case for the evaluation of democratic prospects on the African continent. Political stability in the DRC will attract a significantly more diversified form of international capital to the resource and non-resource sectors of the economy contributing to enhanced employment opportunities and quality of life improvements for the Congolese people.  We could expect that this economic activity would be more easily exported to bordering countries as a result of the increased focus on regional economic integration and the deconstruction of tariffs, duties, and other impediments to cross border trade.  Competent leadership must be in place in the DRC to take advantage of these opportunities.  The upcoming elections in the DRC should serve as an examination of each candidate’s policy prescriptions to the DRC’s many ailments.  This free and comprehensive inspection of a candidate’s future plans requires the cooperation of social institutions such as the media, civil society, and justice system in order to guarantee that the electorate is exposed to the ideas of all eligible candidates and is able to support the candidate of their choice without fear of repression.  Regretfully, the current Congolese environment is devoid of this security framework.

Numerous publications have raised caution as to the ill-advised manner in which the elections in the DRC are being prepared.  The International Crisis Group’s latest report on the DRC elections cites grave concerns with the voter registration process, noting a palpable level of distrust between those responsible for carrying out the elections and the electorate and political opposition. Mvemba P. Dizoleleand Anthony W. Gambino’s report on the DRC election, recently published through the Eastern Congo Initiative, identifies a number of serious technical concerns that would appear to threaten the holding of elections on November 28, 2011.

Additionally, the Dizolele and Gambino presented a sobering assessment of the current state of electoral preparations in the DRC at a panel hosted by the Brookings Institution’s Foreign Policy and the Africa Growth Initiative.  Most alarming among the many technical and logistical issues raised are the questions pertaining to the integrity of the voter registry, which is yet to be validated, the 62,000 ballot boxes required for the elections, which are yet to be constructed by their Chinese contractors, the final electoral lists for the parliamentary elections which are yet to be determined, and the printing of ballots in South Africa that is yet to commence.  It is important to be mindful that these elections are just a short six weeks away and that the DRC is a nation severely deficient in terms of the transportation infrastructure necessary to expeditiously disseminate these electoral materials.  There is great anxiety surrounding the financial and logistical milestones that have been repeatedly delayed in combination with the Congolese government’s hostility toward any modification to what many believe to be an unrealistic electoral calendar.  The actions taken by the Congolese authorities charged with administering these elections strain at credulity and increasingly point to a situation in which the Congolese electorate and international community will be presented with one of two disastrous outcomes.  The first scenario points to rushed and ill-prepared elections carried out, bereft of any semblance of internationally accepted standards of freedom and transparency.  The second ruinous option would see the incumbent administration unilaterally postpone the electoral calendar, thus provoking a constitutional crisis owing to the extrajudicial extension of the incumbent President’s executive mandate.  This situation can largely be avoided but will require the hitherto absent good-faith cooperation of the Congolese government and an enhanced public posture by the international community.

Greater international engagement, specifically from the United States government, will be necessary to compel the Congolese administration’s fidelity to normative standards of democracy that are vital to creating a political environment characterized by the unrepressed flow of ideas.  It is long overdue for the United States to appoint a special envoy for the DRC.  This individual should report directly to the Secretary of State and play a critical role in the consolidation of United States policy toward the DRC.  It is absolutely critical that United States DRC policy initiatives, such as Security Sector Reform, Institutional Capacity Building, Sexual Violence, Conflict Minerals, and Human Rights, be integrated in a holistic fashion that reflects a coherent strategy for the region.  It is important to note that the United States has strategic interests in the DRC, specifically the  continued access to critical natural resources, the maintenance of regional stability, the success of counter nuclear proliferation efforts to prevent uranium from ending up in the hands of rogue nations or terrorists, and the American business community’s penetration of African commercial markets

Importantly, the American consumer has even been put on notice as to its inadvertent complicity in the chaos that has come to define the DRC.  Section 1502 of the 2010 Financial Regulation Bill that was signed into law by President Barak Obama on July 21, 2010 promulgates a Congo Conflict Minerals provision that aims to prevent the trade in “(i) columbite-tantalite (coltan), cassiterite, gold, wolframite or their derivatives; and (ii) any other mineral or its derivatives determined by the Secretary of State to be financing conflict in the Democratic Republic of the Congo…or a country bordering the DRC.”  These precious materials, which are ubiquitous components in popular Western electronic devices (cell phones, laptops, iPods, etc.) have for years been fueling violence and instability in the country, particularly in the eastern provinces.  Similar private sector initiatives such as the Electronic Industry Citizenship Coalition and Global E-Sustainability’s Conflict Free Smelters program serve as explicit recognition of Western involvement in the events that are taking place in the Congo and, more importantly, Western capacity to take corrective measures.

Competent and responsive governance is the foundation upon which the remedy to the DRC’s many ailments will be built.  Fair and credible elections in the Congo are necessary to establish the competencies of anyone who aspires to lead the country.Today’s globally interdependent nature mandates the existence of a competent government administration capable of navigating the complex challenges and opportunities that exist.  Capable leadership is a non-negotiable component of the effort to reverse the dismal trajectory on which the DRC has long been embarked.

Complacency at a time when so many are suffering is a morally indefensible proposition fundamentally inconsistent with the democratic ideals to which the Western world aspires.  For those unmoved by the aforementioned philosophical argument, please be mindful that the consequences to such incessant deprivation and chaos will likely find their way to Western shores, albeit in a far more dramatic fashion.  We all have the potential to play a great role in the DRC and the capacity to take immediate steps that will contribute to bringing peace, democracy, and prosperity to the country. A united international approach encouraging and keenly monitoring the fidelity towards democratic ideals in the DRC will be an important step towards the consolidation of democracy in the country.

The outcome of the 2011 African elections, and the DRC’s specifically, will serve as a clear metric of African capacity to redefine the prevailing notions of leadership. The elections represent a historic opportunity for the realignment of the continent’s governing structures.  The success or failure of the democratic process in Africa is at the heart of the fate of over one billion people.  The time for change in Africa and the Democratic Republic of the Congo is upon us. 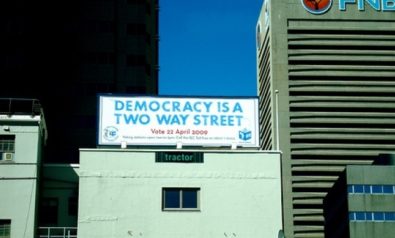