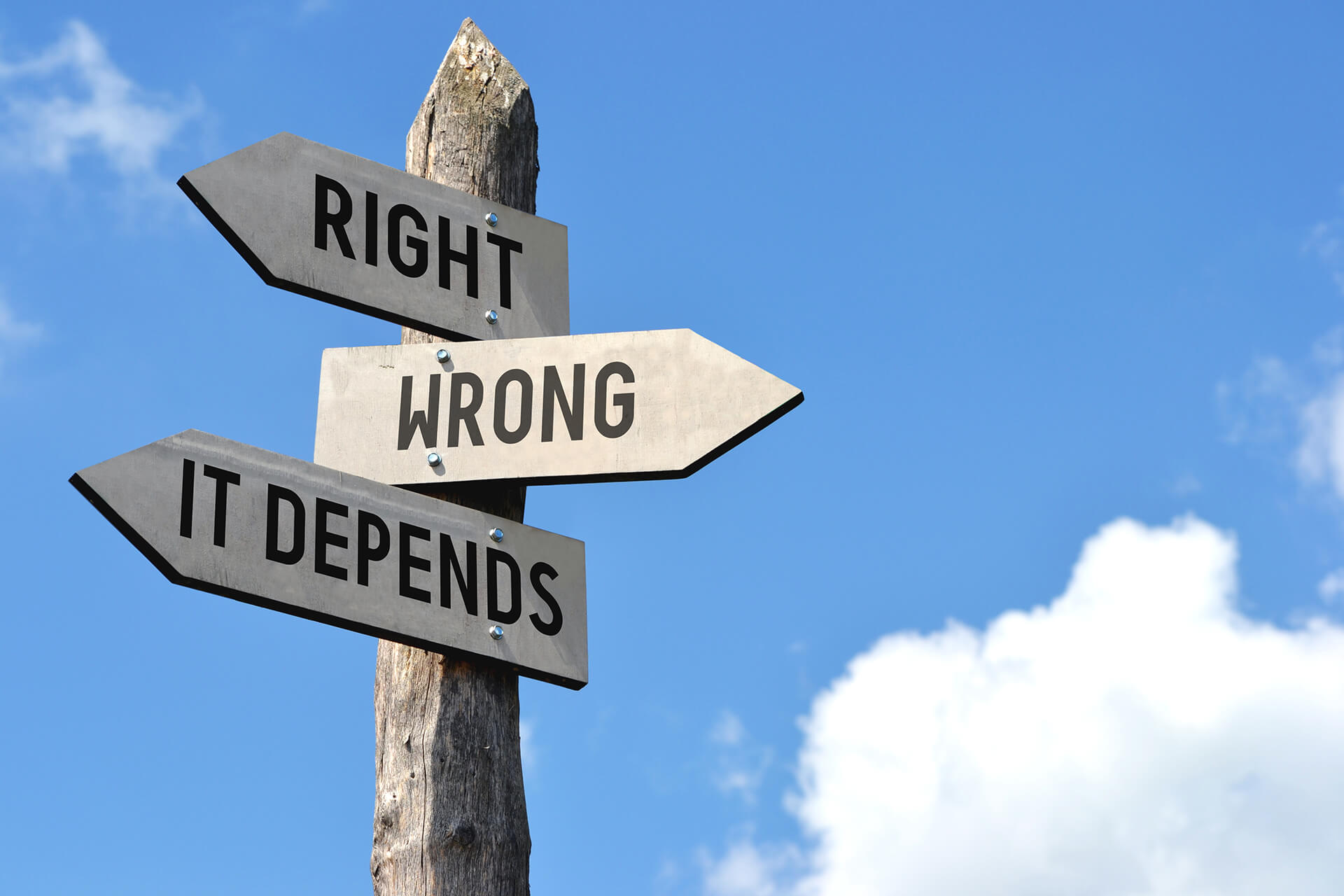 As a fiscally conservative, socially liberal centrist, I have found Jaithirth Rao’s commentary thought-provoking, occasionally even witty and entertaining. His civilizational pride in centuries-old Indian and Hindu traditions is the flavor of the political season in India, making him an important public voice. Given his stature, it was strange and disappointing to notice the lack of nuance in his latest piece about leftists in the US and India being wrong about using terms like minoritarian and majoritarian in their respective countries.

The US was and remains an imperfect union

One can begin with the fact that, as one of the shortest constitutions in the world, the American founding document is extremely conservative. So much so, that voting rights were restricted to white, land-owning men at the dawn of the republic. Distrust of the occupying British government ran so deep that constitutional articles were framed in terms of public and personal affairs the federal government is allowed to get involved in.

On the other hand, as the longest constitutions in the world, with universal adult franchise embedded from the get-go, the Indian founding document is arguably one of the most liberal in the world. The belief that the government is a force for socio-economic good underlies the framing of the Indian constitution. The Indian federal government was entrusted with bringing about socio-economic change in an impoverished country weakened by centuries of colonization. Keeping in mind that the founding fathers of these countries had different visions for their respective countries’ governing structures, let us scrutinize some of the issues animating Rao’s argument: American electoral representation system that includes two senators per state and the Electoral College, legislative and judicial quirks like the filibuster and the number of judges in the Supreme Court, and Islam in India.

Rao would have the readers believe that two senators per state, regardless of population, is sacrosanct because it’s a centuries-old constitutional safeguard. It is well known that the original choice itself was a compromise between two schools of thought: The Virginia Plan, advocating proportional representation, and the New Jersey Plan, proposing one senator per state. The so-called Connecticut Compromise adopted by the constitutional convention was not driven by philosophical or ideological purity, but the spirit of democratic compromise. After 125 years of letting state legislatures elect federal senators, Americans realized their folly. Some senate seats were going vacant for years due to perennial state-level political gridlocks while others had become ‘millionaire’s clubs,’ out of the reach of and out of touch with the people they were intended to represent. The 17th amendment, supported by both conservatives and liberals, corrected it in 1913 and made senators accountable to all the voters of the state.

While it corrected some of the distortions, others have crept in. Rapid industrialization of farming and mushrooming of high-tech industries near the coasts have led to mass migration, resulting in more than half of the population living in just nine of the 50 states, thereby allowing less than half of Americans to control 82% of the senate. On the other hand, regions like Puerto Rico and Washington, DC, with tax-paying populations rivaling those of states like the Dakotas or Alaska, do not have federal legislative representation. Despite years of campaigning for statehood, conservatives have blocked their efforts because they are reliably liberal votaries. While I am philosophically supportive of the constitutional safeguard, the distortions beg the question: Are senators supposed to represent landmass? Or citizens? Rao seems to paint anyone asking such thorny questions as simply wrong.

The case of the Electoral College, which the author describes as ‘consciously established some 200 years ago,’ is even more egregious. When it was enshrined in the constitution, slaves were concentrated more in the Southern cotton and tobacco growing states with no voting rights. And yet, the infamous ‘three-fifths compromise’ counted each slave as 3/5th of a person when deciding proportional representation in the House of Representatives and presidential elections, skewing the political power disproportionately in favor of Southern slave-owners.

Furthermore, since federal congressional districting is somewhat counter-intuitively governed by the states and the Supreme Court has refused to interfere in the process, gerrymandering has rendered an overwhelming majority of House of Representatives seats out-of-bounds of opposition parties. Assuming that Rao is not opposed to abolishing slavery and the Civil Rights Act granting African Americans voting rights, the argument that the Electoral College is somehow above the fray is bizarre. Two American states have recently changed the way they assign their presidential electoral votes from winner-takes-all to be in line with the percentage of votes each presidential candidate received in their states. And several states are experimenting with ranked choice voting systems to improve electoral outcomes. It has been evolving since its inception, as it should be in democracies.

Similar nuances regarding the filibuster and the composition of the Supreme Court are well documented. Without even getting into the details of the filibuster, the author himself mentions that the Electoral College is 200 years old and the filibuster is a mere 100, acknowledging that it is not enshrined in the constitution. If the democratic spirit of give-and-take led to the adoption of the filibuster – and at least 161 instances between 1969 and 2014 of bypassing it – dismissing arguments for its reform as wrong seems petulant.

As far as the Supreme Court is concerned, the constitution established it with six justices and gave the Congress the power to determine its composition, putting it in the realm of bare-knuckle politics. Its composition has been changed six times and it has seen ten justices under Abraham Lincoln’s presidency. As this author has argued recently, if conservatives can employ realpolitik and constitutional immorality to tilt the court conservative, calling liberals insufferably wrong for advocating similar tactics to tilt it in their favor seems hypocritical.

In addition to providing fodder for academic debates, these quirks have had serious real-world consequences. Several American conservatives, most notably David Frum, have argued of late that it has destabilized the American system and brought it on the brink of a debt default. It was not the passion of the majority, as the founding fathers had feared, but that of the minority, whipped up by the lies of Donald Trump, that led to the insurrection of January 6th. Assuming that Rao is a supporter of Narendra Modi’s climate change policies, the intransigence and climate change denialism of American conservatives that has had disastrous effects on the whole world should be dead wrong in his books.

India is imperfect too

Turning to India, one does not have to be a minority-baiter or appeaser to call out growing majoritarianism in India. A pan-national Islamic identity has had a long history and still enjoys support in some Muslim quarters. But the effects of religious orthodoxy and inward-looking conservatism among some sections of Muslims are evident globally. Barring a few exceptions, Muslim-majority countries have not contributed to scientific thought or technological breakthroughs in the post-industrial-revolution era. Middle Eastern countries that were at the forefront of science, arts and culture in Islam’s heydays are now in the headlines primarily for their repressive rulers, lack of human development and freedom of expression.

That should not stop a discerning mind like Rao’s from calling out the razing of Muslim rioters’ houses without due process after some riots and not meting out the same punishment to Hindu rioters after other riots as majoritarianism. Or invoking sedition and Unlawful Activities (Prevention) Act (UAPA) laws against Muslim dissenters and hatemongers to lock them up without bail while booking Hindu hatemongers under the most lenient penal provisions and letting them off on bail as religious discrimination. The same applies to the premature release and felicitation of 11 Hindu convicts of the gruesome gangrape of Bilkis Bano while the 31 convicts of the Godhra train burning are serving their life sentences. Again, as this author has in the past, it should be easy to call out Islamic terrorism in Kashmir, support peaceful resettlement of Kashmiri Pandit refugees, and criticize Modi’s government for tirelessly counting Covid-19 cases resulting from the Tablighi Jamaat event while not showing the same diligence and urgency after the exponential rise in cases in the aftermath of the Kumbh Mela and Modi’s crowded political rallies for the West Bengal elections.

Assuming that leftists are all wrong might be a simple, elegant, and utterly lucid argument. Coming from Rao, it does disservice to the culture of public debate, reasonable fact-based dialogue, and political give-and-take, which are essential to any democratic system.