As the Arab Spring morphed into a bloody civil war in Syria in 2011, there was an opportunity for the country’s Kurdish movement to establish, develop and consolidate an autonomous administration. Kurds in Syria have been under long-time oppression by the government of both Hafez al-Assad and his son, the current president, Bashar al-Assad, with even simple rights such as citizenship denied them.

However, in the summer of 2012 the Assad regime, desperately short of manpower to counter the rebellion against his rule, unilaterally abandoned areas in the north and south of Syria and consolidated forces around Damascus. In a power vacuum in the region, Kurdish de facto self-rule emerged. The abandoned Kurds had to fight for their lives against jihadist groups like the Islamic State (IS) that aimed to wipe them out in the battle for control of the region.

This area of northern Syria, inhabited mostly by Kurds, is known as Rojava, which translates as “West of Kurdistan,” referring to a political Kurdish movement in the region. One of the main Kurdish political parties in the region, the Democratic Union Party (PYD), mobilized its military wing — a militia to protect Kurdish and other ethnic groups in the north of Syria known as the People’s Protection Units (YPG), and the Women’s Protection Units (YPJ), a sister group that fights alongside the YPG.

The region unilaterally declared its de facto autonomy in January 2014, establishing a charter of social contract, which went on to function as the constitution of what was then the Democratic Federation of Northern Syria, renamed as the Autonomous Administration of North and East Syria in 2019, designed as a model for self-rule.

In 2014, IS sought to destroy Rojava, capturing village after village as the group headed up toward the city of Kobani. The town was under siege for five months, but after a considerable resistance by the Kurdish fighters, in January 2015 the YPG and its allies, aided by US airstrikes, drove IS into a steady retreat. Kobani was declared fully liberated a week later, which marked a turning point and the beginning of cooperation between the Kurds and the US-led international coalition against the Islamic State.

In March 2016, the de facto administration declared the establishment of a federal system of government as the Democratic Federation of Northern Syria. The Syrian Democratic Forces (SDF) — an alliance of mostly Kurds but also Arabs and other ethnic groups — was established in October 2015, supported by the US-led international coalition, became the official defense force of the new administration.

The SDF controlled almost one-third of northern and eastern Syria, along with the eastern bank of the Euphrates up to the town of Baghouz, on the border with Iraq — the final stronghold of IS in Syria that the SDF took in March this year, proclaiming the end of the Islamic State caliphate. At the time, these autonomous regions covered more than a quarter of Syrian territory, with 5 million inhabitants, predominantly Kurds, but also large numbers of Arabs, Assyrians, Arameans and Yezidis.

In the Syrian chaos, many progressive supporters of Kurdish autonomy are optimistic about establishing a secular, libertarian, secure and stable region, with a self-rule government in line with liberal notions such as ecology, woman’s rights, gender equality, religious tolerance and cultural diversity. Despite being under an existential threat, Rojava was able to maintain its values.

Contrary to the misunderstanding about its ambition to create an independent state, the Autonomous Administration of North and East Syria does not challenge the borders of the Syrian nation-state. It aims to create a government by developing an alternative system — a federation of self-ruling towns, cities and regions connected by common values based on consensus and pluralism. That Syrian regime, however, is against any Kurdish rule in the region and intends to reimpose its control over the area.

Iran and Turkey, both home to large Kurdish populations, are key players in the Syrian conflict. As part of the Astana peace process launched in January 2017, both Ankara and Tehran, in cooperation with Russia, have reiterated their support for territorial integrity of Syria, stating that they are against any attempts to “create new realities” on the ground.

Turkey, the longtime enemy of any Kurdish self-rule, has been eager to conduct its third military operation inside northern Syria within the last few years. Operation Peace Spring, launched on October 9, follows the 2016 Operation Euphrates Shield, aimed at maintaining border security in the face of IS threat, and the 2018 Operation Olive Branch that brought the occupation of Afrin, a Syrian Kurdish enclave. Turkey designates any Kurdish self-governing administration in the Middle East as a top priority national security threat, because Ankara believes this would undo its long-time denial of minority rights, ethnocide and assimilation campaigns against almost 20 million Kurds living in Turkey.

After five years of alliance with the SDF, US President Donald Trump doesn’t seem to value the strategic importance of supporting the Syrian Kurds. On various occasions, he talked about the necessity of a US withdrawal from Syria as remaining there no longer serves US interests, especially following the defeat of the Islamic State. After a phone call with Turkish President Recep Tayyip Erdogan on October 6, the US president declared a troop withdrawal from Syria. Just days later, under the pretext of establishing a safe zone for more than 2 million refugees, Turkey launched an incursion into northern Syria.

As a Kurdish Syrian leader Ilham Ahmad said, “We were shocked, puzzled” by the move. Beginning in August, the US convinced the SDF to destroy its defensive fortifications along the Turkish border, promising to prevent any Turkish attack. But following the US withdrawal, Washington allowed Turkey to plunder and ethnically cleanse the Kurds. It serves to be remembered that the SDF lost 11,000 fighters, with 20,000 wounded, in its battle against the Islamic State.

The Kurds do not pose a threat to Turkey, nor is there credible evidence of attacks on Turkey from Syrian Kurdish-controlled territory. Its flat terrain is ill-suited for cross-border attacks or infiltration. Without a legitimate reason, Operation Peace Spring was launched in order to root out the Kurds in northern Syria.

Turkey’s incursion into Syria was meant to achieve three goals: prevent the Kurds from achieving autonomy in Syria or a sovereign state in the region, or weaken this aspiration as much as possible; boost Erdogan’s domestic popularity; and lighten the burden of mostly Syrian Arab refugees and resettle them in Kurdish-controlled areas.

Turkey’s illegal plan for the resettlement of millions of Syrian refugees in the Kurdish area of northern Syria under a guise of a “safe zone” is the same as the so-called Arab Belt plan that the Kurdish society of the region was subjected to by Damascus under Hafez al-Assad. There have been credible allegations of ethnic cleansing by Turkey and its mercenary jihadist groups in Afrin. This so-called safe zone is already populated. Armenians, Syriacs and religious minorities like Yezidis, along with the Kurds, have lived in the area for hundreds of years. Turkey and its mercenary jihadist rule in the region endanger this diversity and coexistence.

One month after the invasion, Turkey’s plan to gain control of the entire Turkish-Syrian border, reaching the M4 highway inside Syria, has failed. Hundreds of thousands of people have been displaced. Northern Syria, the most stable and secure region in the country, has been turned into a conflict zone, and the Islamic State has taken advantage of the situation to make a comeback, staging attacks.

As the direct result of the compromise between the US and Turkey, the Kurds, as a stateless nation, had two options: to defend the achievements of the Rojava administration or face being ethnically engineered by Turkey. They opted for resistance and are defending their de facto autonomy. If Turkey is really concerned about the security threat coming from Syria, the best option is to support the Syrian peace process by taking away Ankara’s backing of the radical opposition and accelerating the de-escalation of tension between various warring factions. The only sensible response to Kurdish aspirations in Syria is to respect their democratic rights and demands for self-rule. 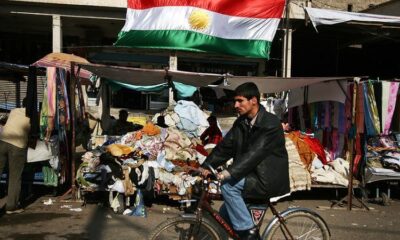 Independence is the Last Option for the Kurds 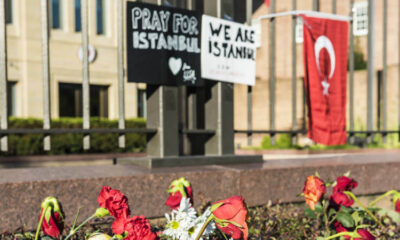 Turkey Must Come to Terms With All its Terrorists 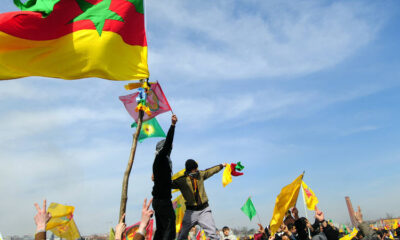 A Sovereign Kurdistan Under International Law