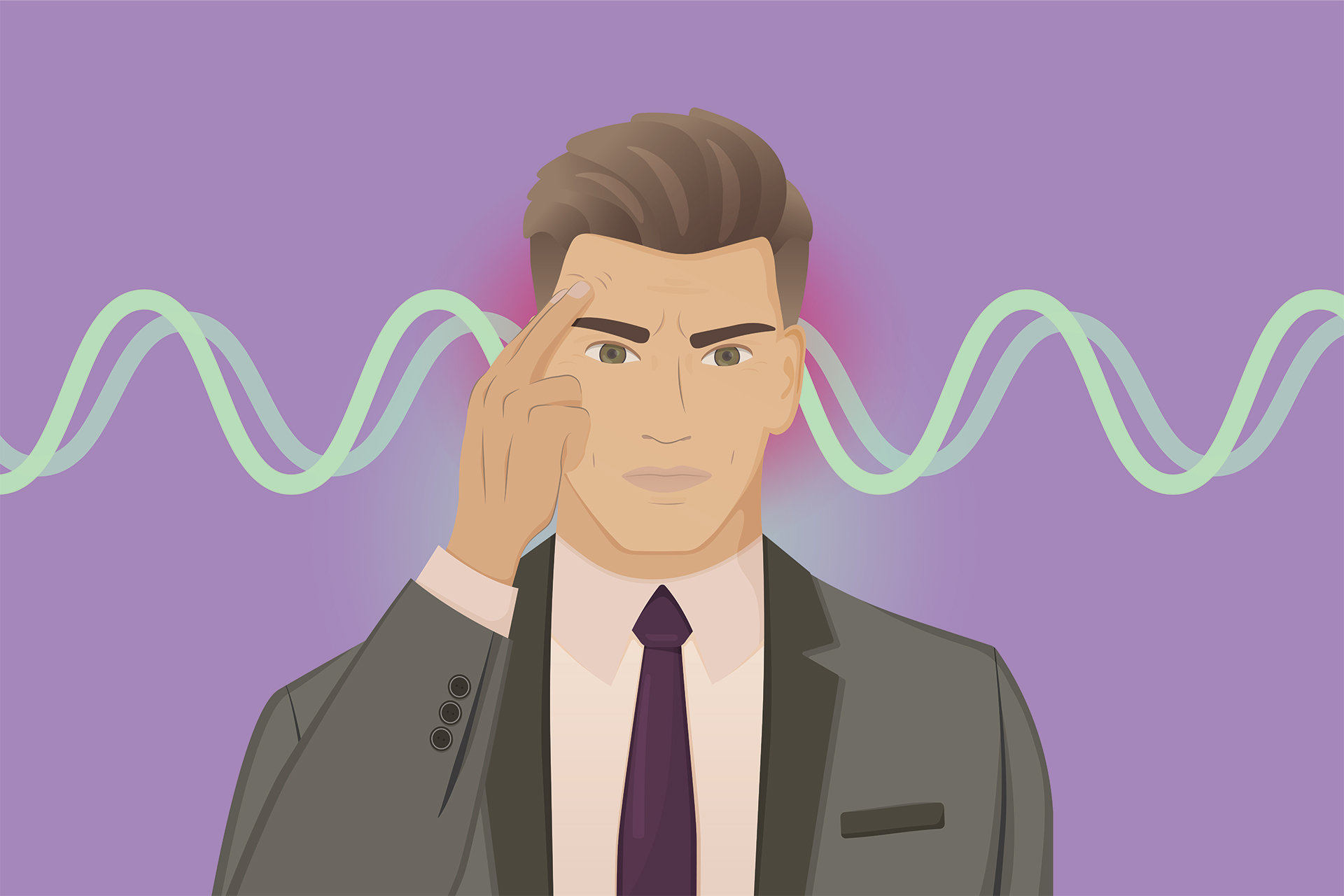 In September, CNN proudly announced the latest example of its always deeply researched and carefully resourced investigative journalism. It proposed a CNN Special Report with the title: “Immaculate Concussion: The Truth Behind Havana Syndrome.” It then explained that “CNN Chief Medical Correspondent Dr. Sanjay Gupta investigates one of the most complex and controversial health mysteries in recent years known as ‘Havana Syndrome.’”

The special report purportedly aimed at clarifying for an ignorant public one of the most troubling unsolved crimes of our times. It began in 2016 and kept the audiences of most of the corporate media in the US on the edge of its seats for nearly six years. The Havana Syndrome offered spectators and readers the thrill of a James Bond movie, with spies in a tropical setting, to which it added some speculative science fiction focused on imaginary weapons thought to be capable of projecting“pulsed electromagnetic energy.”

CNN’s promotional pitch promises to deliver not only much needed insight, but also boldly promises to reveal the most elusive goals of any journalist: “the truth.” That’s what may have impelled an experimental psychologist, professor emeritus at the United States Air Force Academy, by the name of George Mastroianni, to take the trouble to watch and then critique this epitome of CNN’s investigative journalism. He published his review in an article in The Times of Israel.

Mastroianni begins by reminding his audience that “CNN has been an energetic booster of the hypothesis that Havana Syndrome is caused by a Russian-produced and -employed directed-energy weapon.” He quite legitimately finds this shocking, given that earlier this year, in a rare act of truth-telling, the CIA officially concluded that the vast majority cases of the “Havana Syndrome” could be explained by purely psychological factors.

CNN clearly isn’t about to let the truth distract it from its mission to entertain, especially if the entertainment involves a horror story the blame for which can be attributed to Russia. To make the most scientifically credible case, the network mobilized its celebrity medical expert, Dr Sanjay Gupta, who apparently sees no need to agree with – or even acknowledge – the CIA’s negative assessment of his network’s preferred thesis. “Perhaps Dr. Gupta and the researchers at CNN missed all this,” Mastroianni speculates. Aware of the CIA’s own conclusions, he expresses his astonishment that over the entire program the word “psychogenic” is evoked only twice, and in both cases dismissively.

Psychogenic phenomena are far from rare and have been well documented in multiple contexts. No expert would dispute their existence, whereas most of the technical experts asked to weigh in on the Havana Syndrome have disputed the very existence of the type of weapon that would have been required to produce the effects associated with the Havana Syndrome. Mastroianni notes that Dr. Gupta “has chosen to ignore this plausible alternative explanation because it is, he says, ‘a controversial conclusion.’”

Any reasoned and probably truthful judgment that contradicts an official orthodoxy or embarrasses those who proclaim that orthodoxy.

Readers of Fair Observer’s Devil’s Dictionary will recognize a theme we have been following for more than three years. Without neglecting other media, including CNN, we have focused on the sedulous attempts of The New York Times (NYT) to instill in its readers’ minds a fear-inspiring belief in Russia’s capacity to directly attack their brains. The message we highlighted here in 2019, and here in 2020, was perfectly consistent with much of NYT’s reporting during the Trump years. It is a well-documented truth that the “newspaper of record” had adopted an editorial policy dedicated to promoting the idea of a sinister cabal linking President Donald Trump to Russia’s President Vladimir Putin. The public needed to understand that the diabolical pair of presidents were united in a mission to undermine the unimpeachably virtuous Democratic party of Hillary Clinton.

The New York Times finally abandoned its crusade after the CIA’s announcement in January that neither Russia nor any foreign government was the culprit. In contrast, CNN never gives up. A year ago the network put on public display what was perhaps the most convincing demonstration of its incapacity to understand the very news it reports. In an interview with one of the victims, CNN’s journalist framed her question in these terms: “You hear other accounts in other countries, in adversarial countries where this is taking place and then you have the FBI’s behavioral analysis unit initially saying this was mass psychological illness. Others say it’s groupthink. I even read an account suggesting it could be crickets that’s calling all of this. Why was it so hard to take these allegations and these claims seriously?”

The journalist takes “these claims” to be the truth, especially because they were situated in “adversarial countries.” She even seems to be unaware of the surprisingly objective reporting of The New York Times back in January 2019 on the scientific explanation of crickets as the source of the initial “sonic attack” in Cuba. She disdainfully dismisses the psychogenic argument, which had been well established by 2020.

Instead, interviewing her carefully chosen victim, she goes to the core of her thesis. “We still don’t have the exact culprit, right, but given your expertise in the CIA, your background and those that you have spoken with and your colleagues that have experienced this as well, do you think that Russia is behind this?” Of course, he believes that Russia is the “most likely” suspect. No reasonable person could consider that a “controversial conclusion.” Case closed.

In January 2022 the CIA dared to announce –  and The New York Times dared to print – the news that no evidence exists of an attack by Russia or any other foreign government. This put an end to NYT’s repeated accusations of Russian malfeasance. Since that date, the Gray Lady has limited its coverage to simply objective reporting on the CIA’s policy of monetary compensation for the victims.

In contrast, CNN wasn’t about to abandon a theme its audience had become addicted to. In its pitch for the program in September featuring Dr Gupta, CNN asked this question: “But what causes the mysterious illness?” Instead of following the CIA’s and NYT’s lead, it answered its own question: “Dr. David Relman, who co-authored the influential American Academy of Sciences report, concluded that microwave energy is a plausible explanation.” “Plausible” is among the most abused words in politics. So long as something dismissed as unlikely may have even marginal plausibility, CNN will milk it until the udder goes dry.

Anyone who has followed the 6 year-old narrative that has literally played out as a collective psychodrama will understand that everything about the Havana Syndrome, apart from the actual suffering of the victims, belongs to manufactured world of Cold War style propaganda. The CIA played its role for as long as it could. Some in the media have persisted. But the Havana Syndrome, which the CIA two years ago had already reclassified as an “Anomalous Health Incident,” has now been radically eclipsed by the war in Ukraine. Who needs this phony tale of “electromagnetic energy?” The much more spectacular war in Ukraine has turned the legacy media into a well-oiled permanent propaganda machine worthy of George Orwell’s Oceania.

On January 20, 2022, The New York Times finally felt obliged to report the disappointing news from the CIA that Russia didn’t do it. In an article with the title “Most ‘Havana Syndrome’ Cases Unlikely Caused by Foreign Power, C.I.A. Says,” Julian E Barnes, who for the past two or three years has consistently pushed his readers to suspect Russia, changed course and revealed the CIA’s assessment “that most cases of the mysterious ailments known as Havana syndrome are unlikely to have been caused by Russia or another foreign adversary,” What CNN’s Dr Gupta called a “controversial conclusion” could now be acknowledged as the probable (not just plausible) truth.

In August of this year, Barnes returned to the theme, this time echoing the realistic conclusions of the CIA: “Many of the 1,000 cases examined by the agency were explained by previously undiagnosed health issues or environmental factors, officials said. Some were possibly psychosomatic or so-called functional illness.”

So at least one tediously repeated bit of fake news has disappeared from the NYT. This leaves CNN with a virtual monopoly on a story that no longer hangs together with any credibility. Given everything else that’s going on at CNN, it probably makes some sense.