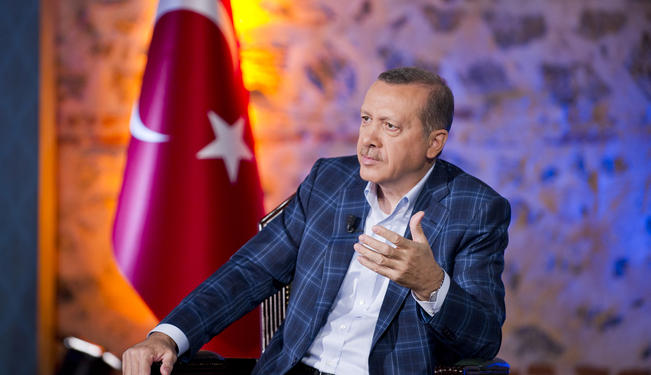 The Syrian crisis has put Turkey’s influence over regional issues to a bitter test. Ankara’s response has failed to stop the escalating violence and now also exposes the growing democracy deficit in Turkey.

Turkish-Syrian relations were once the showcase of Ankara’s “zero problems with neighbors” policy. Trade between the two countries tripled in the space of a few years, the leaders of the two nations met occasionally, and by 2011 the former enemies had become best friends. This blossoming relationship then came to an abrupt halt after crisis broke out in Syria. Turkey, which had invested a serious amount of diplomatic capital in Damascus, made an unexpected move.

According to the Turkish foreign ministry, “Turkey upholds the aim of exerting active efforts to solve problems in line with a win-win approach through peaceful means.” However, rather than taking a constructive role in Syria, Ankara decided to take sides with the Syrian opposition and armed groups – a policy which seems more in line with a win-lose approach through non-peaceful means.

The three successive missteps Ankara took since the beginning of the crisis have now turned into the single biggest foreign policy blunder in the history of Turkey.

First, Ankara decided to pressure Syrian President Bashar al-Assad to carry out reforms, thinking that the center of power in the country was the president himself and that the close personal relationship between Assad and Prime Minister Recep Tayyip Erdoğan was a catalyst for reform. This view completely ignored the Ba’ath establishment which has been running the country for decades.

The second mistake was the gradual militarization of the Syrian refugee crisis. To this date, Ankara has not only ignored its obligations under international law, but has put the lives of many Syrian refugees and Turkish citizens under serious risk.

Third and perhaps the biggest miscalculation was the premature backing of armed Syrian groups to trigger a regime change in Damascus. This meant pouring more arms and ammunition into Syria which would only result in more violence and casualties. In addition, Syria and its ally in the region (Iran), both of which have a history of supporting the Kurdistan Workers’ Party (PKK) against Turkey in the past, responded to Ankara in a similar fashion. The recent surge in violence in Turkey can be attributed to the support the PKK receives from Iran and to a smaller extent, Syria.

Therefore, Syria has now become Ankara’s main concern. The Justice and Development Party’s (AKP) miscalculated policies largely failed and the foreign policy elite do not seem to have any real solution to the crisis, which is now spreading home. Rather than upholding accountability and rule of law, the AKP continues to point fingers to Turkey’s weak opposition and media.

The AKP leadership recently adopted the infamous “you’re either with us or against us” discourse, which seriously undermines open debate and freedom of thought in the country. Labeling those who criticize its Syria policy as “Assad supporters” and refusing to listen to the opposition, the AKP leaves limited space for debate on a foreign policy issue that essentially concerns everyone in Turkey. Ironically, the AKP, which has continuously criticized past governments for following foreign policies that “do not represent the people’s will,” insist on its Syria policy, which is vehemently opposed by the majority of Turkish people.

Turkey’s Own State of Affairs

While Ankara continues to call for democracy and human rights in Syria, a quick look at the country’s own record shows that Turkey is simply not in a position to lecture others in the region.

According to Reporters without Borders (RWB), Turkey ranked 148th out of 179 countries in Press Freedom Index in 2011-2012. In Erdogan’s first year in office, Turkey ranked 115th in the same index. Turkey is also in RWB’s “Internet Enemies Surveillance List” with more than 15,000 suspended websites and Internet filters in place. Freedom House classifies Turkey as “partly free,” and the country’s low civil liberties and political rights scores have not changed since 2005. The Economist Business Intelligence Unit’s Democracy Index places Turkey in the “hybrid-regimes” category, meaning the country is a democracy on paper, but serious issues limit the fundamental rights such as freedom of thought, religion, and press.

Turkey also ranks poorly in the UNDP’s Human Development Index (HDI), which measures countries by their scores in categories such as income, inequality, poverty, and gender. While the country’s overall scores have slightly increased, Turkey ranked 75th in 2009, 83rd in 2010, and 92nd in the 2011 HDI. Turkey is also at the bottom of the OECD’s Better Life Index, scoring noticeably low in the 34-member organization.

Notably, not all the numbers in Turkey are declining. According to the Economic Policy Research Foundation Turkey (TEPAV), the number of women who do not work grew by almost half a million between March 2011 and 2012 (note that the unemployment rate in the country fell in the same period). Violence against women, police brutality and the cases of excessive use of force resulting in death are growing. Self-censorship is on the rise in the media after many prominent columnists have lost their jobs because of their critical stance towards the prime ministeror the AKP.

Last but not least, casualties in the PKK-Turkey conflict are rising; 2012 has been the bloodiest year since 1999. More than 30 Turkish soldiers and hundreds of PKK fighters were killed in the last few weeks only and a car bomb left nine people dead in the eastern province of Gaziantep. The eastern province of Hakkari has seen some of the most intense fighting in recent history and PKK attacks continue to spread to westwards to other provinces. The government has no real policy regarding the settlement of the conflict with the PKK and both the rhetoric and policies in Ankara indicate that the AKP gave in to a security-centric solution and arms diplomacy, which have proven ineffective over the last three decades.

With numerous officers, including generals and members of Special Forces, jailed in questionable coup trials, Turkish military’s interior workings, discipline and morale have been seriously damaged. Serious concerns remain over the Turkish military’s ability to properly respond to the growing PKK threat or to a potential confrontation with Syria.

A Model for the Muslim World?

The AKP’s favoritism for Sunni Islam in Turkey’s social and government life and its poorly articulated counter-terrorism strategy have led to serious negative consequences for the social fabric and peace in the country. Up until recently, Turkey has been showcased as a model for the Muslim World. A New York Times article last year defined the so-called “Turkish model” as a template that “effectively integrates Islam, democracy and vibrant economics.”However, what the party has done, particularly in the last few years, has been the pragmatic use of religion, democracy, and economic policies to further its own agenda, which promotes the interests of the AKP’s conservative allies in the media, business, and social and government life in areas ranging from education to arts and from universities to science.

Despite the dire developments, there is opportunity for change. Turkey needs course correction policies in a number of areas and this may be the right time for the opposition to gain ground in Ankara. It should tell the Turkish people how the continued erosion of democracy and rule of law will soon harm everyone if left unaddressed. Rather than reacting to the AKP, however, the main opposition Republican People’s Party (CHP) must learn how to lead the discourse in Ankara. While this is a daunting task given the worsening democracy in the country, it may be the only way to stop Turkey’s descent into chaos.