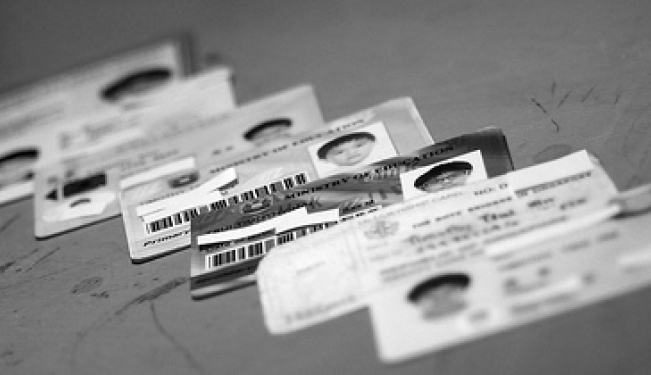 An overview of the controversial Hokou System.

The rise of China has rightfully attracted a great amount of attention from around the world. In addition to the pressing concerns over the implications of China’s epic empowerment, a highly meaningful question is why the Chinese economy has developed so well (nearly double-digit annual growth rate) for so long (nearly three decades and counting).

Just like in the old saying “success has many parents,” the rapid ascent of the Chinese economy has allowed many to claim credits justifiably or unjustifiably. The profound question of whether other countries can duplicate the Chinese story makes a good understanding of the “secrets” behind the Chinese economic growth even more interesting and imperative.

Without necessarily ruling out other explanations, a key reason why Chinese economic development—especially its export-led growth—has been so impressive is because of its very peculiar hukou system, a powerful institution of organizing and managing people that is the most important and plentiful resource China has.

The hukou system (household registration) was formally created nation-wide in 1958 and has since been a major component of China’s sociopolitical structure and a key feature of Chinese economic and social life. It is still, however, unfamiliar to most foreigners. In fundamental ways, it affects China's political stability, governance, economic growth, social stratification, as well as equality, demography, internal migration, and interregional relations.

Using the Ministry of Public Security and local police stations, thehukou system gives the government the power to register, manage, and control everyone. Every Chinese citizen is registered with the hukou police at birth. The categories of non-agricultural (urban) or agricultural (rural) and the location of legal residency cannot be changed without written authorization from the government. Travelers and temporary migrants must be registered with the hukou police for extended stay (longer than three days) in any locality. For a stay longer than one month and especially when seeking local employment, one must apply for a temporary residential permit. Violators are subject to fines, detention, forced repatriation, and criminal prosecution.

Backed by a strong authoritarian one-party government, the hukou system performs routine functions of residential registration and identification—government duties that are commonly found in other countries. But it has three other unique functions that work in crucial ways to achieve two objectives in China and thus enable the Chinese economic boom: maintain sociopolitical stability and generate high economic growth in selected sectors, especially in the competitive labor-intensive export industries.

The first unique function of the hukou system is its basis for resource allocation and subsidization for selected groups of the population (mainly residents of major urban centers). This function has shaped much of the Chinese economic development in the past half century by politically affecting the movement of capital and human resources.

Second, the hukou system allows the government to control and regulate internal migration. The basic principle of PRC migration control has been to restrict rural-to-urban and small-city-to-large-city migration but encourage migration in the reverse. China's urbanization, as a consequence, is relatively small and slow compared to its economic development. China's urban slums are also relatively small and less serious compared to those in many other developing nations such as Brazil or India.

Third, the hukou system has a less known but powerful role of managing the so-called targeted people (zhongdian renkou). Based on the hukou files, the police maintain a confidential list of selected segments of the population in each community that are to be specially monitored and controlled—often preemptively. This has contributed significantly to the political stability of China's one-party authoritarian regime.

With these unique functions, the hukou system has contributed to China's rapid industrialization and economic growth that features sectorial and regional unevenness without serious problems of sociopolitical instability and urban slums. The system allows for concentrated investments in chosen areas and sectors. The numerous Chinese laborers mostly become “temporary” or migrant workers in the booming cities, regardless of how many years they may have worked and lived there. They do no have the full citizenship rights and benefits enjoyed by the locals and thus are highly flexible, cheap to hire, and easy to fire.

By 2011, such migrant, “second-class citizen” workers numbered over 210 million, constituting the majority of the Chinese industrial work force manning the mighty Chinese factories. They are akin to the so-called “illegal migrants” working in places like the United States or the European Union. With few rights or protection and very eager to work hard for much less, they have been the secret behind the muscle of Chinese exports. In this way, the hukou system allows highly competitive labor-intensive export industries to contribute a lion’s share to the Chinese economic growth.

No successes are cost-free. The hukou system has inevitably generated many negative implications, chief among which are the staggering and growing social, regional, and income inequalities that brew tension and instability and perpetuate ethical problems. There is the strikingly rigid rural-urban division that has excluded and discriminated against rural residents, the majority of the Chinese population. China’s income inequality is now firmly among the highest in the world. And there is the uniquely huge disparity between regions. Measured by Human Development Index (HDI), China now has some coastal urban centers like Beijing, Shanghai, and Shenzhen that are ranked as high as South Korea, Portugal, or the Czech Republic. But there are also much more populous provinces like Gansu, Guizhou, and Yunnan that are lagging behind at the same HDI level as Guatemala, Gabon, and Namibia.

Not surprisingly, there have been many calls and proposals for reforming and even abolishing the hukou system on the grounds of justice and equal citizenship. However, the hukousystem remains to be one of the last Mao-era institutions that have their basic structures and leading functions largely intact so far. The numerous reform measures and changes generated by the Chinese market economy and China’s massive interaction with the international community have made the administration of the hukou system more localized. The enforcement of the system has become less intrusive and also more flexible. For example, the rich and the talented and skilled have acquired substantial nation-wide mobility.

To cite a leading Chinese scholar, the hukou system has allowed China to accumulate huge trade surplus and foreign currency reserve and rapid GDP growth; but it is at the expense of an ever- accumulating deficit of human rights and civil rights for the majority of the Chinese people. Whether this Chinese “secret” of economic success could and should be duplicated by other countries, therefore, clearly remains both a tough political challenge and a troubling ethical question.